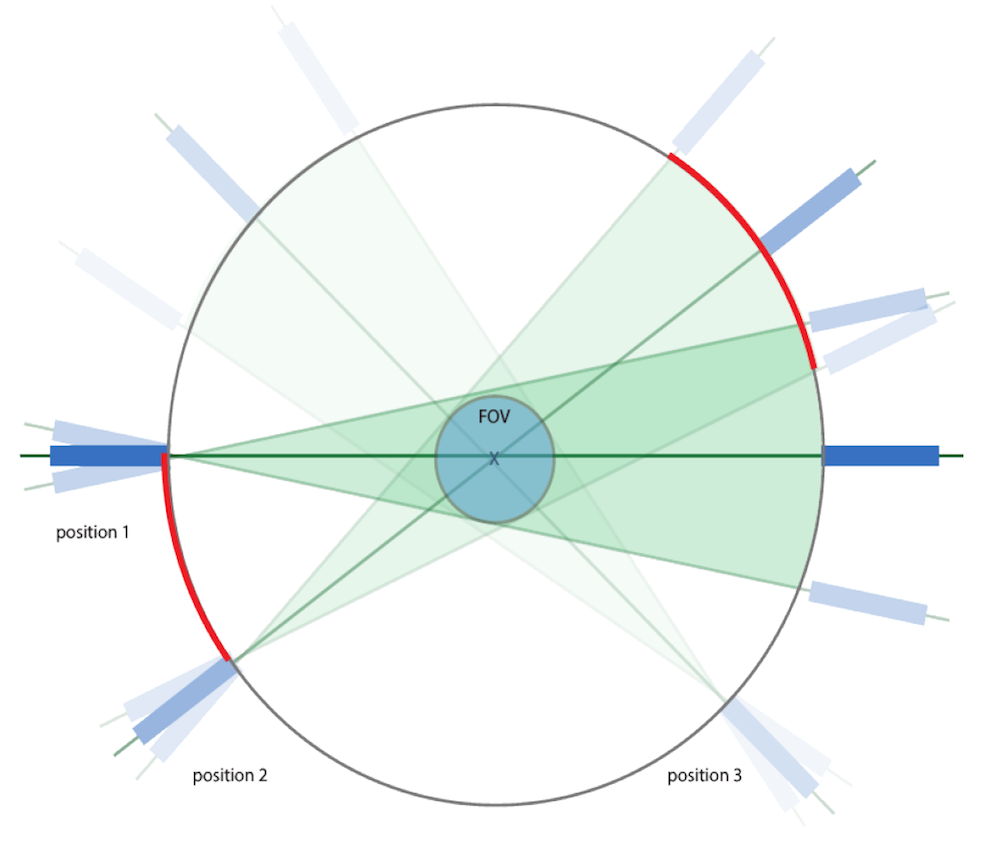 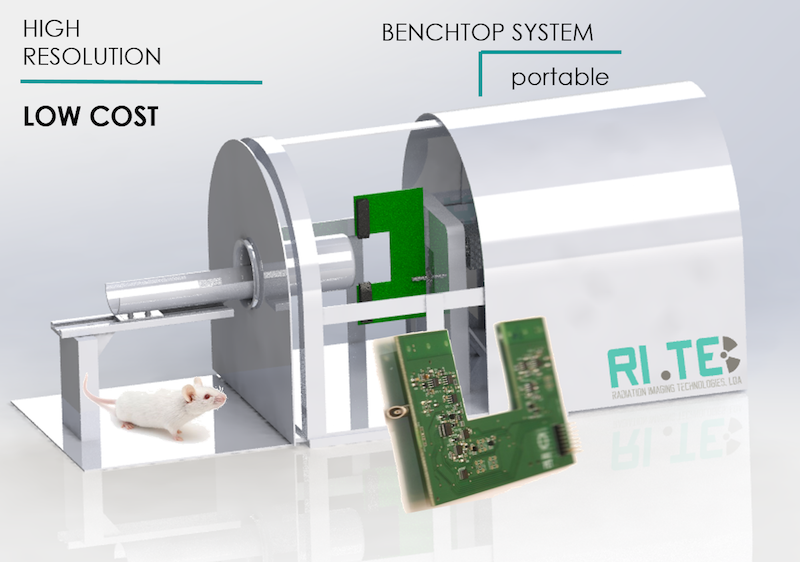 Positron Emission Tomography (PET) is a powerful nuclear medical imaging technique which allows obtaining functional images of the body in a non-invasive way and diagnosing oncologic, cardiac and neurologic diseases at an early stage. Preclinical PET plays a key role in the evaluation of new pharmaceuticals and assessment of the biological origin of various human diseases through imaging of appropriate animal models. Preclinical PET scanners are relatively small comparing with human PET scanners, since they’re adapted to the dimension of small animals such as mice.

However, a preclinical PET system still costs between 0.5 and 1.2 M€, restricting the access to these systems by research centres and institutions in the areas of medical imaging, nuclear medicine or radiopharmacy. As a consequence of the small diameter detector ring of preclinical PET systems, their spatial resolution is deteriorated in the periphery of the field-of-view due to the uncertainty in the depth-of-interaction of gamma rays in the detectors, requiring complex and expensive DoI measurement methods for correction of the spatial resolution.

EasyPET is an innovative patent-pending method for PET that can drastically reduce the complexity and number of radiation detectors and electronic readout components of a preclinical PET system, while achieving high spatial resolution and overcoming the problem of depth-of-interaction uncertainty in PET, thus allowing the development of a cost effective high-performance preclinical PET system. In fact, since it can reduce the number of detectors by about 100 times, easyPET allows an unprecedented cost reduction in small dimension PET systems (from 0.5 - 1.2 M$ to less than 0.1 M$), enabling new applications beyond preclinical imaging of small animals for biomedical/pharmaceutical research, such as the education and advanced training of nuclear medicine professionals and radiopharmacy or medical imaging technicians. EasyPET will become the first PET system affordable to any health school or university hospital, specifically dedicated to education and advanced training.

The easyPET concept, in its simplest form, is based on a single pair of collinear detectors, mounted on a U-shaped structure, equally distanced from the system center, C. Presuming the detectors to rotate around C, a positron source located in the center would induce the simultaneous detection of photons resulting from the positron annihilation for every azimuthal position of the detectors. However, for every off-center position, coincidence detection would occur only for a unique angle, preventing the reconstruction of the source position. This problem is overcome in easyPET design, by adding a second rotational degree of freedom. In this way, with only a few detector pairs (in the limit, only 1!) and an intelligent acquisition method, it is possible to produce the same image as a conventional full ring of detectors. In addition, because detector pairs are kept collinear during acquisition, depth-of-interaction uncertainty can be eliminated and therefore a high and uniform spatial resolution is achievable, while maintaining a good sensitivity.