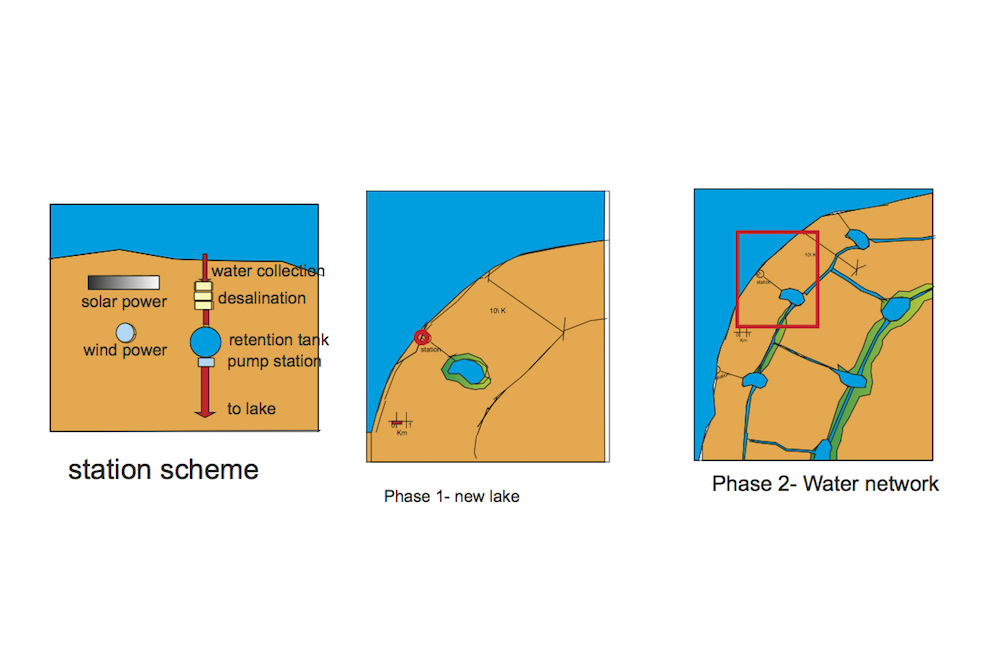 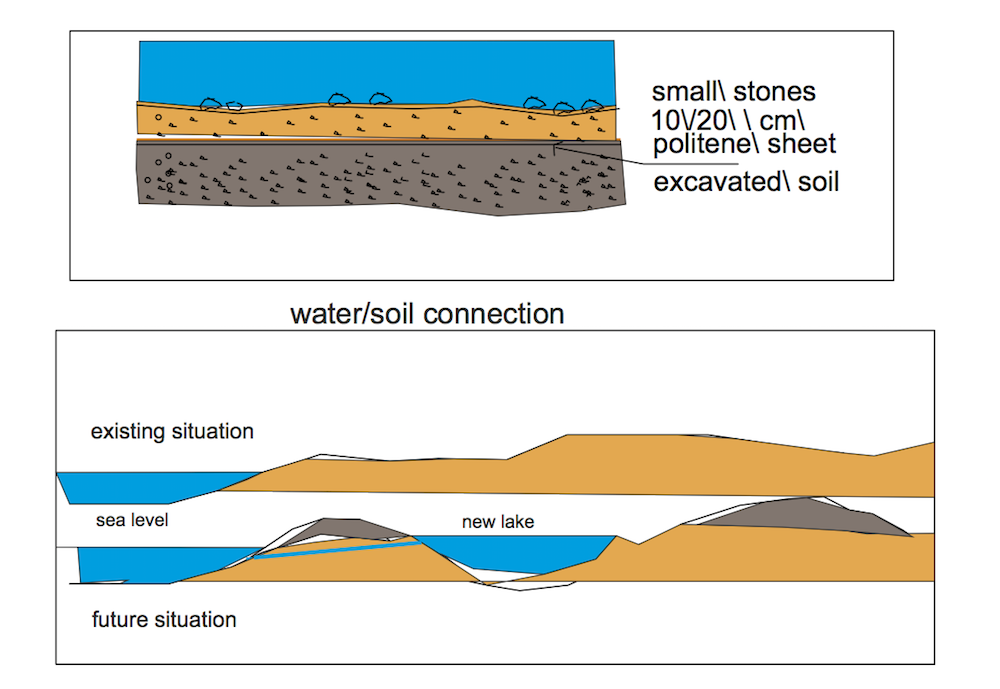 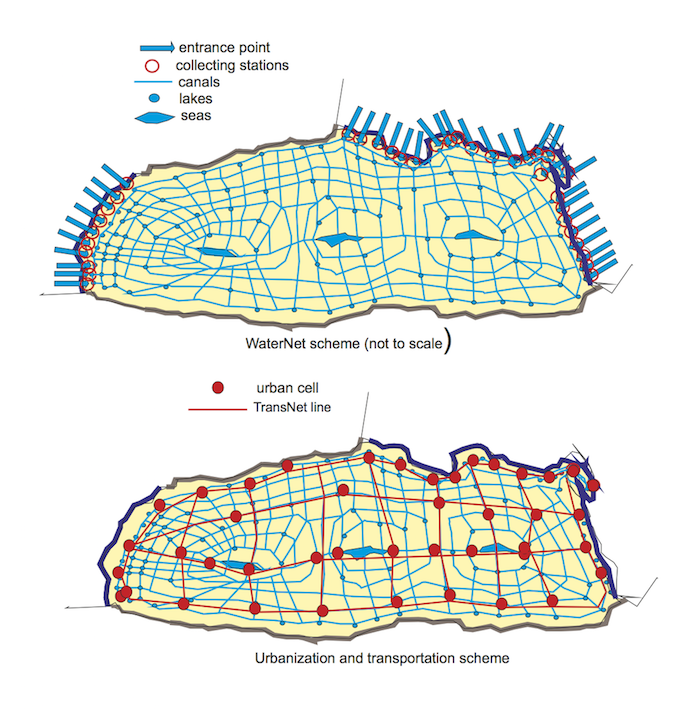 We must turn the threat of the melting of the Poles and it consequent raising of the water levels in the oceans as a benefit, not a wrath. Water is a precious component for our lives so we must utilize the extra water coming from the climate warming. The solution is to utilize the extra water to create an all new sea, in desert regions. It will receive all the water in excess, maintaining the existing overall sea level.

The possibility to create a designed sea, in a desert area like the Sahara desert, or the Arab peninsula or other selected locations brings several benefits. The first one is to avoid the loss of rich and densely populated area in the coastal region. The second one is to recover million of sq Kms and promote agriculture and other activities, creating new continents, million of new jobs and major wealth.

For that activity we need stations, along the ocean coast, that capture excess seawater and desalinate it to send it to a newly created network of water ways, canals, lakes and small seas, in the Sahara region as shown. In this way we will create an entire new continent, a new economy, cities and wealth turning a negative climate effect to our benefit. The entire area will be filled by green cultivations and new cities and transportation networks will be created utilizing only renewable resources for their power, to avoid pollution and raw materials consumption.