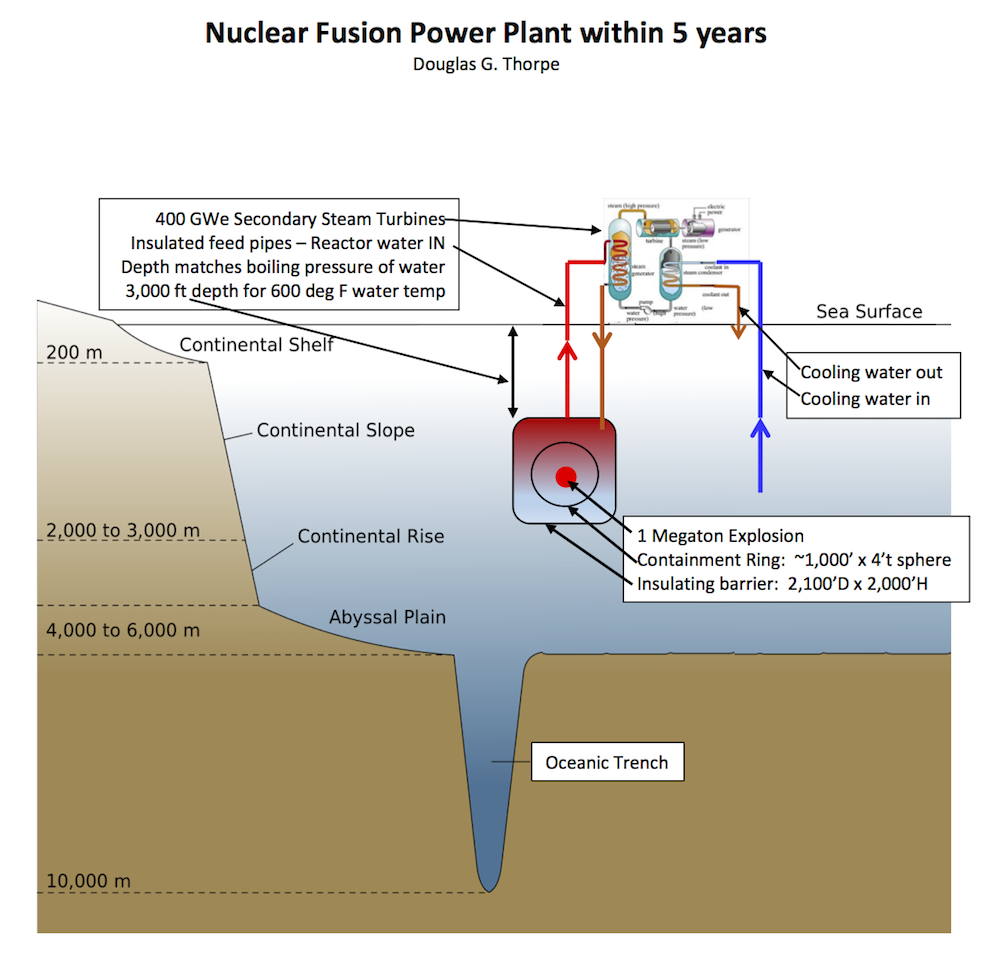 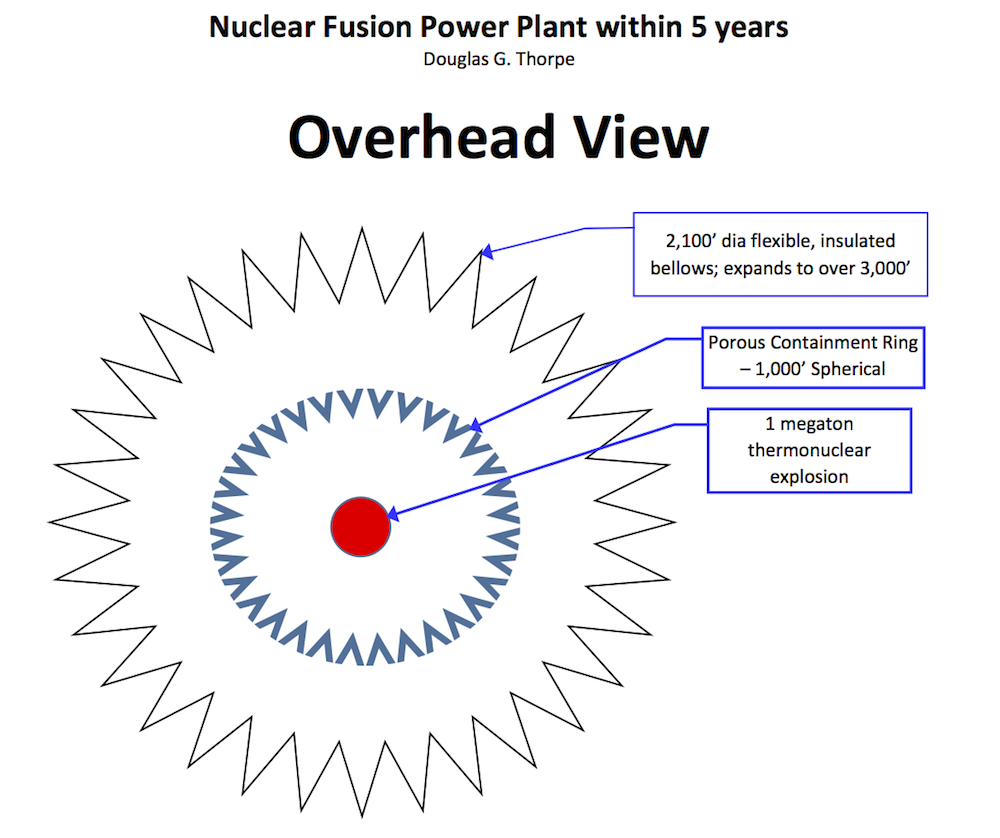 Electrical energy from nuclear fusion can be obtained by exploding a nuclear bomb in a large, contained water chamber, using 100 bar and 600oF water produced from the explosion to operate a secondary steam turbine system. Operation Wigwam tested 30 kiloton nuclear explosion in 2,000’ deep water. Very little surface spray was generated because of the explosion depth. Taiga Soviet nuclear explosions demonstrated 0.3 kiloton is the minimum size fission primary explosion required to set off a fusion secondary reaction. I propose a flexible, fresh-water chamber 2,100’D x 2,000’, submerged 3,000’ below the ocean’s surface located anywhere where the ocean is at least 6,000’ deep, e.g., near Puerto Rico or Hawaii. A heavy curtain suspended around the explosion point will withstand the heat and pressure effects of the shockwave. A strong, flexible, insulating barrier/bellows contains the 100 bar of pressure and insulates the 600oF of hot water inside the reactor chamber from the 39oF surrounding ocean.

Edward Teller proposed similar plans to obtain electricity from thermonuclear bombs, except he wanted to detonate a 1 kiloton bomb every 45 minutes in a 100’D x 300’ cylinder with 4’ thick steel walls or explode bomb in a large salt dome. Teller’s plans were uneconomical because the greatest cost of the thermonuclear device is the high grade U235 uranium in the primary. Therefore, if we utilize a 1 megaton fusion device with the same 0.3 kiloton U235 primary, our U235 costs will be over 1,000 times less expensive per energy output.

Fusion bombs have the extra benefit of “burning” waste products of nuclear reactors. 400,000 tons of uranium ore becomes 230 tons of 0.72% U235 Uranium oxide which becomes 27 tons of 4% enriched U235 fuel which creates 27 tons of highly radioactive waste by a typical 1 GWe reactor every one year.

Each 1 megaton bomb would produce $20M of electricity at $0.05 per kwhr and burn 532.5 lb of waste products in the fusion sparkplug. 1 megaton bomb detonated each hour could produce 391.2 GWe of continuous power 24 hours per day or 88% of ALL electrical needs in the US. Although our fusion plant is thousands of feet in diameter, it should cost far less to build than $1/watt as a typical coal fired power plant; e.g., Dutch Delta Works project with 10,000 miles of dikes cost $5B should be comparable to our 391 GWe plant and not $391B.