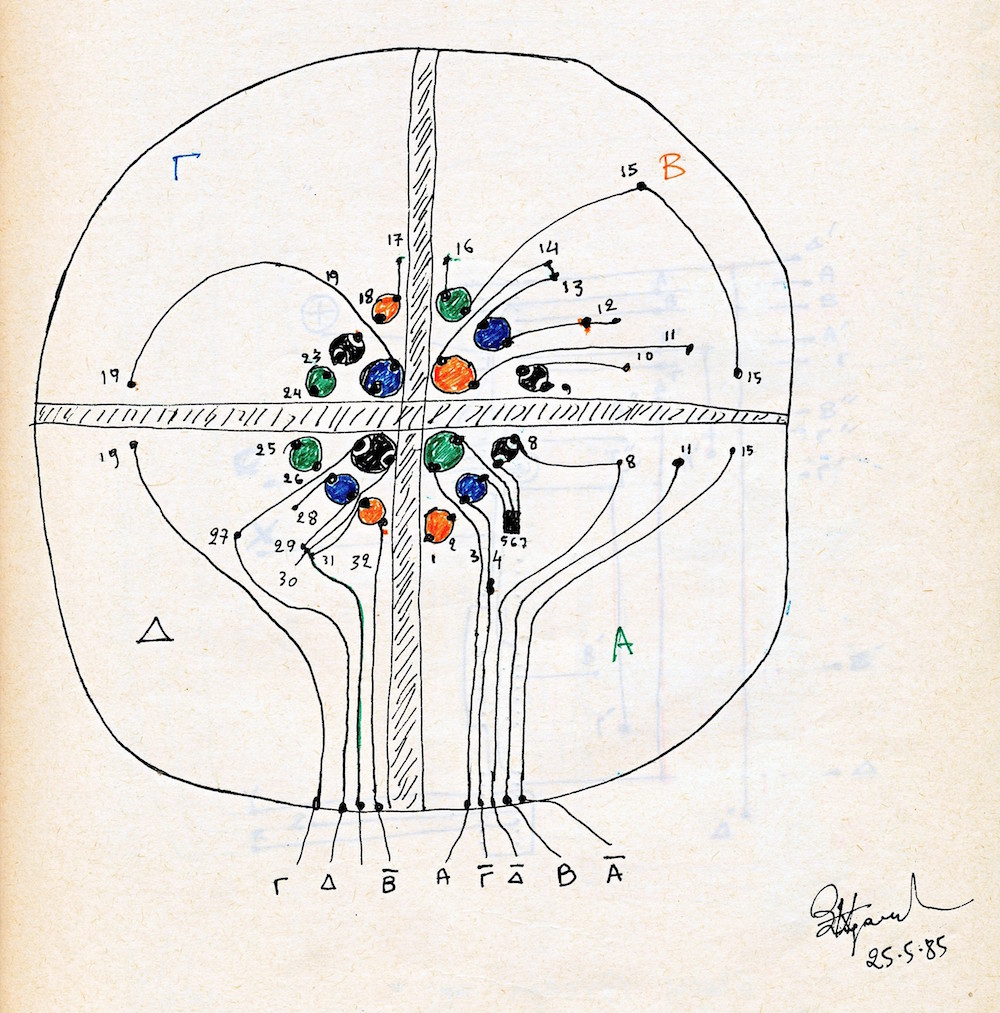 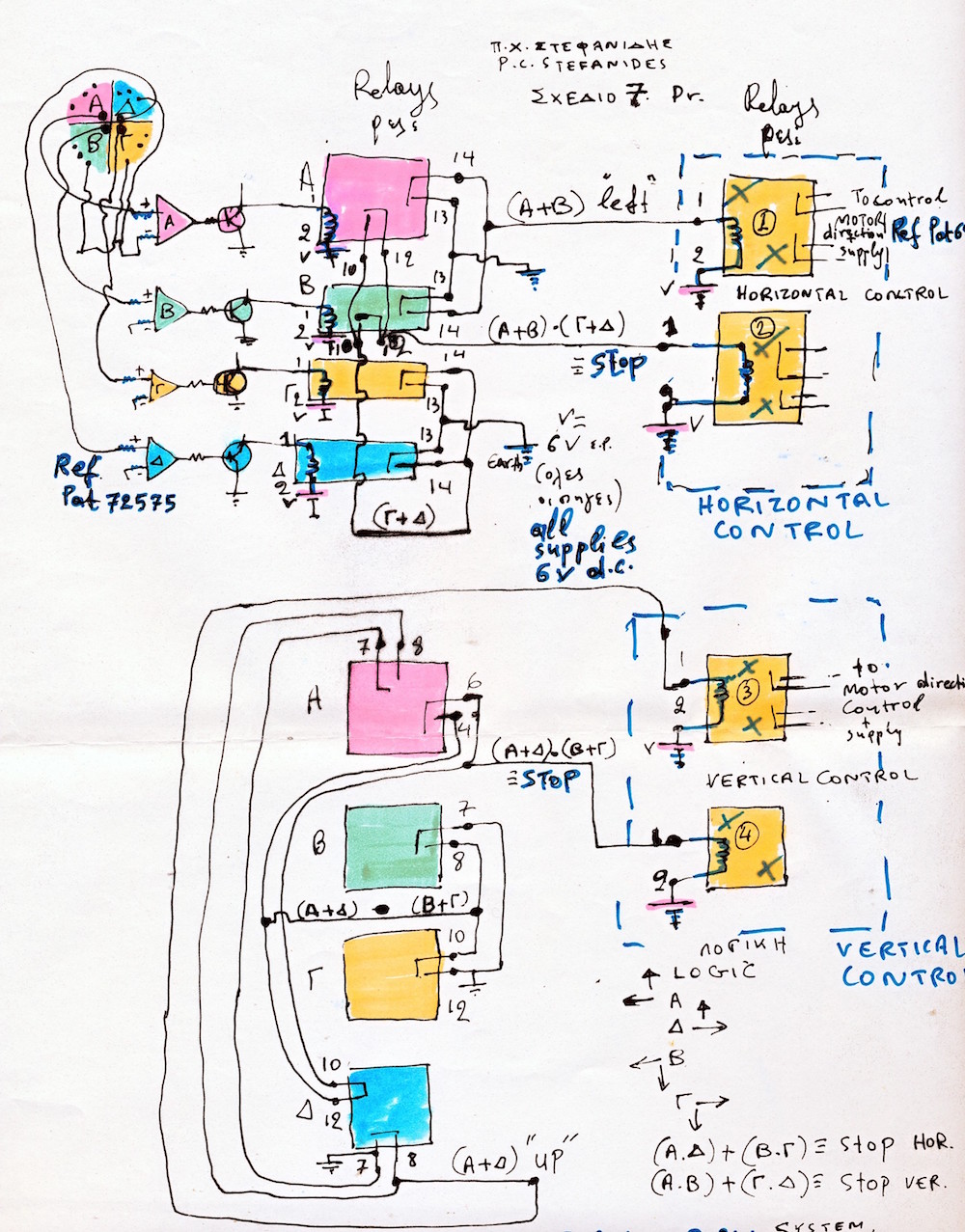 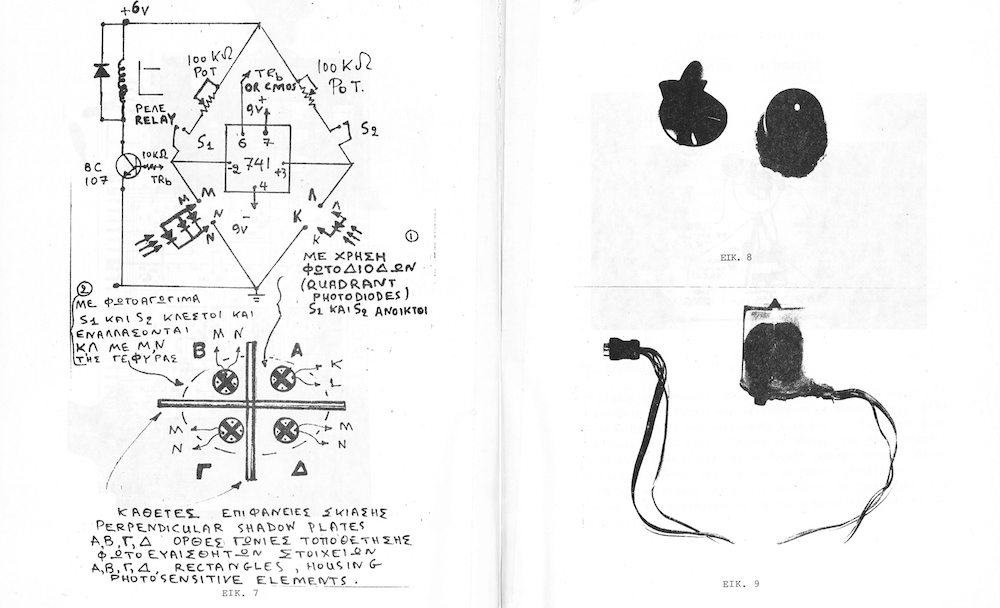 The proposed design of Optical Detector Sensors System [2 Sets of Photo1], implemented with the purpose of its functioning as an essential device, in a solar locating and tracking System [and similar applications], whose primary function is to orientate a solar collector to face the Sun, with azimuthal tracking of 270 deg [90 deg, dark/night, assumed, azimuthal solid angle ] and altitudinal 90 deg
[acting independently of time, astronomical data aid or limit switches and avoiding “closing the circle”].

For this tracking system the requirement is of 2 such Sensor Set structures. One fixed on the ground [90 deg dark/night [assumed as functional limit] azimuthal angle “Delta” lying between North East and North West angular sector of 90 deg] and the other rotating in parallel with tracker’s axis of rotation azimuthally.

Sets for azimuthal tracking detect Sunlight source, functionally, covering 3 quarter hemisphere solid angles [applied as limits to locations on Earth for functioning of the tracker between North and South Parallels – for Greece, around 38th Parallel day light is approx. 14.8H, corresponding to about 222 deg, azimuthally, between Sun rise and Sun set-].

The concept of the locating and tracking system, is based on the idea of combining a signal indicating the direction of the sunrays, within one solid angle [or two such for Stop of rotating Set] of quarter hemisphere, with a signal indicating, similarly quarterly, the relative angular displacement (or error) between the sunrays’ direction and the tracker’s orientation azimuthally, involving Boolean Algebra Logic and Machine Language implementation.
[for the case of Sun passing Zenith illuminationg all solid angles system Stops until this position cleared].
System starts up and stops provided with light level intensity control.

Altitudinal motion starts after azimuthal tops.
Stop provided for dark/night solid angle for unforeseen and disturbing illumination conditions.
Quadrant Photodiodes used with total 16 ones, for each Set of the 2 ones
of Photo 1 and 4 for the altitudinal one.

Photo 3 shows the Basic Differential Amplifier and 3 housing Domes.
Within Domes plastic “Light Diaphragms” installed orthogonally to each other, and to the surface bearing the Sensors, for assisting control of sharpness between light and shadow [of approx. 5 cm x 5 cm] as estimated necessity after Model Experimentation].