Use Of Nanotubes To Convert CO2 Into CH4 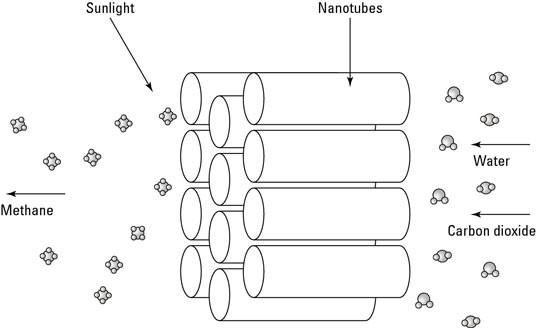 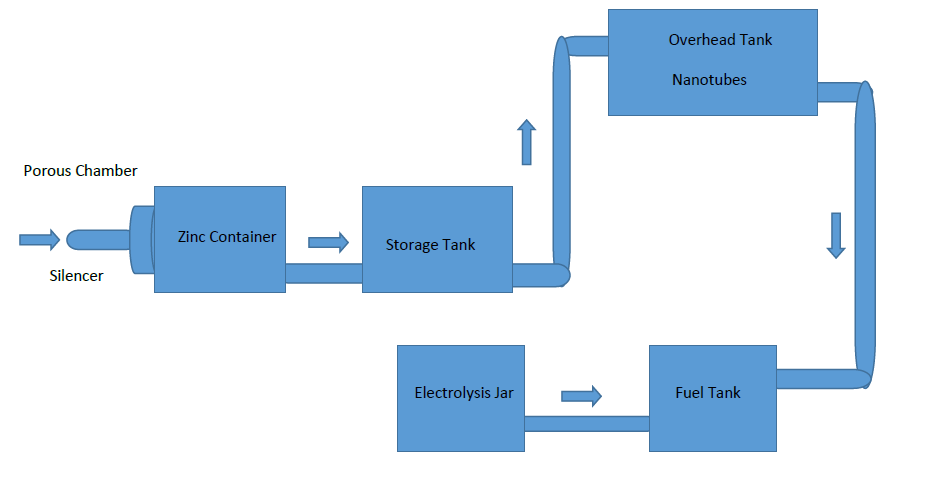 As we know, the world population is increasing day by day. As the population increases, the increase in requirements results in lack of resources. The leading problem is pollution from which the whole world is suffering. Most of the air pollution is caused by automobiles, trucks, buses, etc.

Nanotechnology can help capture carbon dioxide created during industrial processes and convert it to fuel such as methane. This process not only keeps a contaminant out of the air supply, but also turns it into a source of energy for the same factory. Here we have miniaturized this work on heavy vehicles (such as trucks). One of the ways to use captured CO2 is to convert it into a combustible fuel such as methane. All you need to do to make this conversion is to replace the two oxygen atoms with four hydrogen atoms, resulting in CH4 (methane). We are working on this method of turning captured CO2 into methane. We use clusters of titanium oxide nanotubes coated with a catalyst that helps convert carbon dioxide and water into methane using sunlight as the power source. When light falls on the nanotubes, they release energetic charge carriers, which split the water molecules inside them into two reactive components — hydroxide radicals and hydrogen ions. The hydrogen ions combine to form hydrogen gas. The devices generated roughly 160 microliters of the hydrocarbons per hour per gram of their titania nanotubes, a rate at least 20 times within ultraviolet light.

This approach could allow us to create methane from carbon dioxide, store it near a power plant, use the methane to generate more energy, take the carbon dioxide from that process to produce more methane, and so on in a so-called closed loop.

Because this conversion would be powered by sunlight, the additional energy costs in turning carbon dioxide back to fuel to power a plant shouldn’t be significant. Of course, there would be capital costs to install the photocatalytic cells and the piping to deliver the carbon dioxide that was separated from the rest of the exhaust stream.