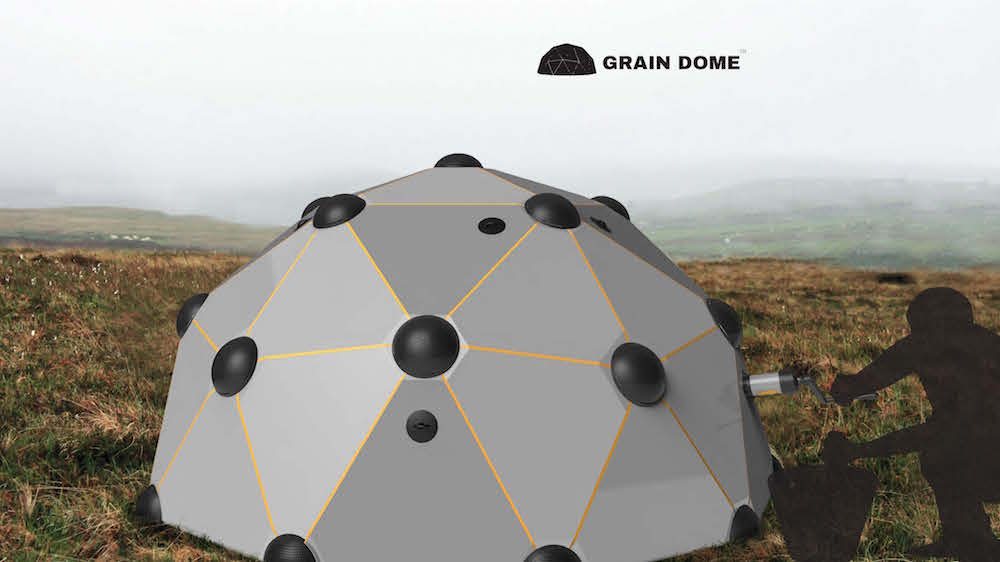 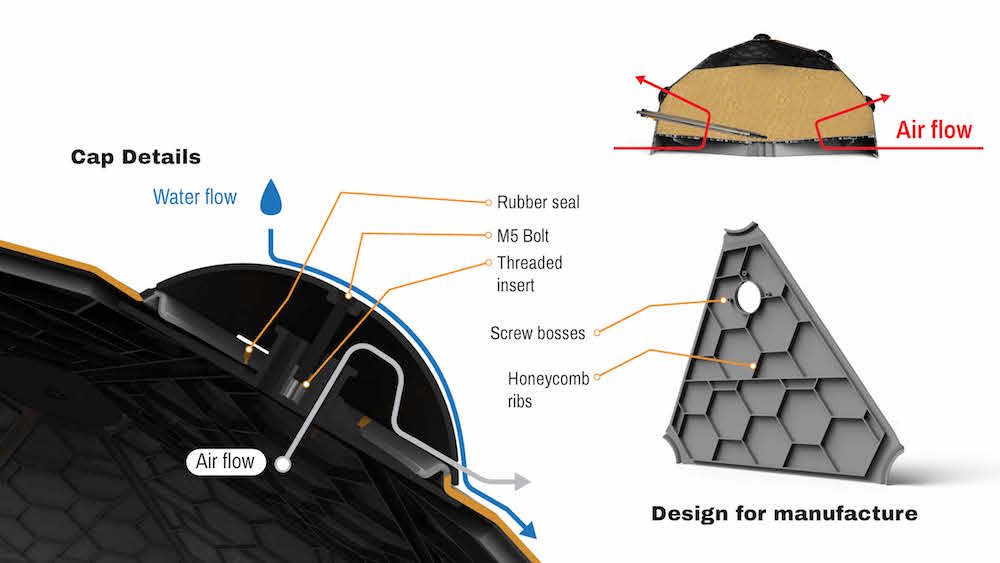 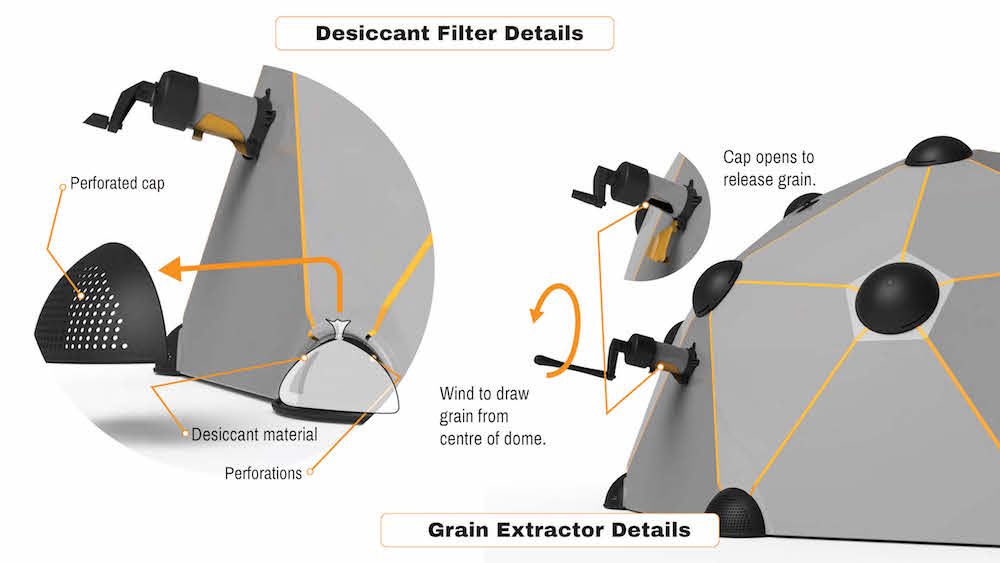 The Grain Dome was designed in response to the earthquakes that struck Nepal in 2015. Significant issues emerging from this disaster were food security and malnutrition; the earthquakes destroyed major roads, markets and most significantly, household grain stocks. A huge number of homes became reliant on food assistance following the disaster, yet the food assistance was insufficient to keep up with demand. Many communities became inaccessible due to the destruction caused by the earthquakes, and these homes did not receive the assistance they needed.

The Grain Dome is an earthquake-proof grain storage system for farms and small communities in earthquake-prone areas. The geodesic dome structure resists lateral forces, protecting the grain inside from seismic activity. The American Institute of Architects acclaimed the geodesic dome as “the strongest, lightest and most efficient means of enclosing space known to man”. Many countries, like Nepal, are susceptible to earthquakes because of their tectonic location. The Grain Dome is designed to be pre-positioned in areas prone to earthquakes before they strike. This will protect household grain stocks in an earthquake, allowing homes to remain self-sufficient in the aftermath of the disaster and significantly decreasing demand for food assistance.

Our primary design objective for the Grain Dome is to safely store grain during seismic activity; however, the Grain Dome also aims to improve existing storage systems that are currently used in developing world contexts. In Nepal, grain stocks are susceptible to water damage due to inappropriate drying conditions for long-term storage. The Grain Dome is designed to allow airflow while remaining completely waterproof, creating a cool and dry environment that is ideal for long-term storage. This will decrease grain losses that result from water damage, solving an issue that many Nepalese farmers currently experience.

The Grain Dome has been designed with great consideration for manufacturability and assembly. Repeatable parts have been used constantly; for example, the main body of the dome is made up of forty triangular parts that are constructed from two unique triangles, significantly decreasing the number of tools required for manufacturing. Parts have also been designed to serve multiple functions where possible, such as the waterproof breathing caps that also act as structural members, securing the triangular parts into alignment. This consideration given to manufacturing has helped contribute to minimising the overall cost of the product.

The Grain Dome can be flat-packed with very little wasted space, minimising the cost and difficulty of transporting the product in a disaster scenario. Since the Grain Dome will be used on farms in developing nations, the design requires no expert tools or skills for assembly. This simplicity is also reflected in the functionality of the dome, the main feature of which is a simple grain extraction screw that requires no electricity to use.

Food security and malnutrition are major issues in disaster scenarios across the globe, and the Grain Dome can offer relief and comfort to those who need it most.