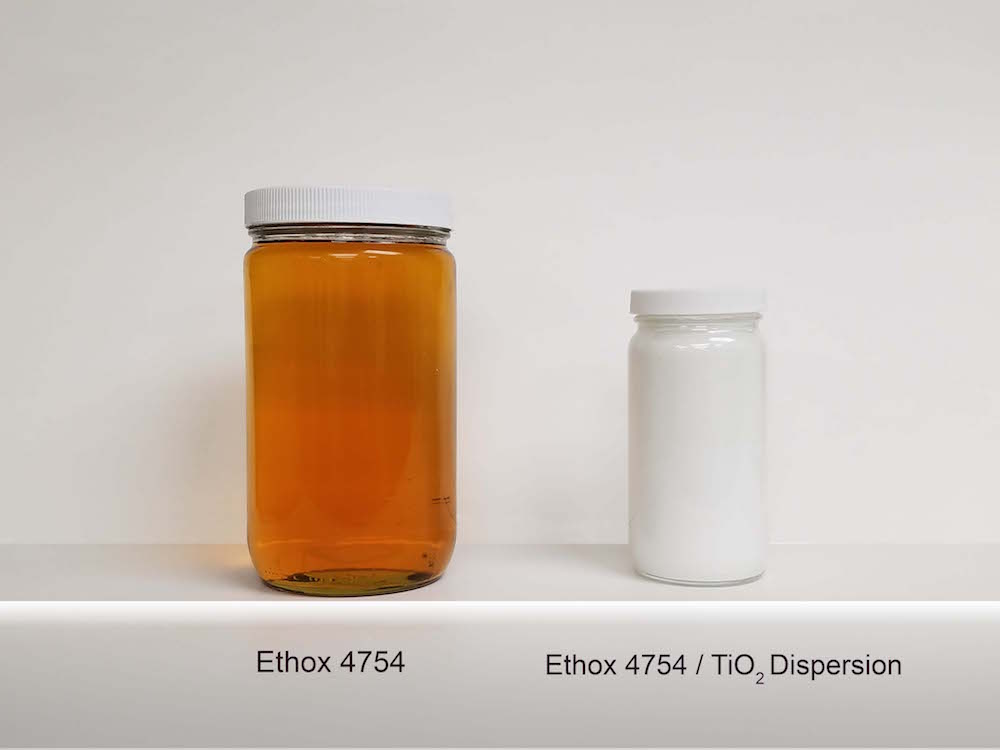 In recent years the use of Solar Reflective Pigments (SRPs) in high performance coating applications such as aerospace, metal roofing, and architectural paints has been growing. SRPs are mixed metal oxide (MMO) pigments that are fade-resistant, inorganic pigments available in several colors. These pigments are much more efficient in reflecting solar radiation (infrared spectrum) than standard organic liquid tints. This results in much less solar heating and lower temperatures of the substrate covered by a SRP-based coating resulting in reduced energy costs and longer coating life.

The aircraft industry is pioneering coatings based on SRPs to minimize heating of the aircraft and thus require less cooling for passenger comfort. The major problem limiting their usage is that MMOs are inherently difficult to disperse in coating formulations using traditional pigment dispersants. Efficient dispersion of the pigment is critical to both the appearance and the performance of the coating. An effective pigment dispersant functions to keep particles separated from each other and suspended uniformly in the paint vehicle. In addition, since the SRP particle size must be as small as possible to maximize its coloration and radiation blocking properties, the dispersant must allow effective pigment grinding to very small particle sizes. The 2-pack urethane top coats that give excellent UV and weathering resistance necessary for aerospace applications are solvent-based and common water-based pigment dispersants will not function.

Currently each SRP pigment requires its own combination of dispersants, usually from different manufacturers. Since these dispersants usually are based on different chemistries, when coating manufacturers blend pigments to achieve intermediate colors or to achieve different radiation absorption properties, they often run into chemical incompatibility problems limiting their usefulness. Maintaining inventories of many different dispersants is also undesirable.

To be effective, a dispersant must have strong affinity for the pigment and also must be compatible with the solvents, resins, and other components of the paint formulation. Furthermore, the dispersant must not have a negative effect on the weatherability and durability of the coating.

A new soy based dispersant, Ethox 4754, has been designed that is particularly effective in dispersing SRPs into aerospace topcoat formulations. This new dispersant has multiple functional groups that have strong affinity for SRPs, and the unique chemistry also allows the “tail” group of the dispersant to be tuned for compatibility with different solvents or resins. It is manufactured by attaching one or more linking groups onto the soybean oil molecule followed by attachment to molecules that have strong affinity for the MMOs.

Coatings based on Ethox 4754 have passed all of the stringent industry standard weathering and durability tests and initial prototype jets have been painted and are flying. Ethox 4754 was found to be a superior dispersant when compared to the state of the art dispersants previously used in this application. Eight color formulations based on Ethox 4754 as the only dispersant have been approved and commercialized at one customer demonstrating its versatility.

It is also currently being evaluated as a dispersant for SRPs for metal roof coatings.