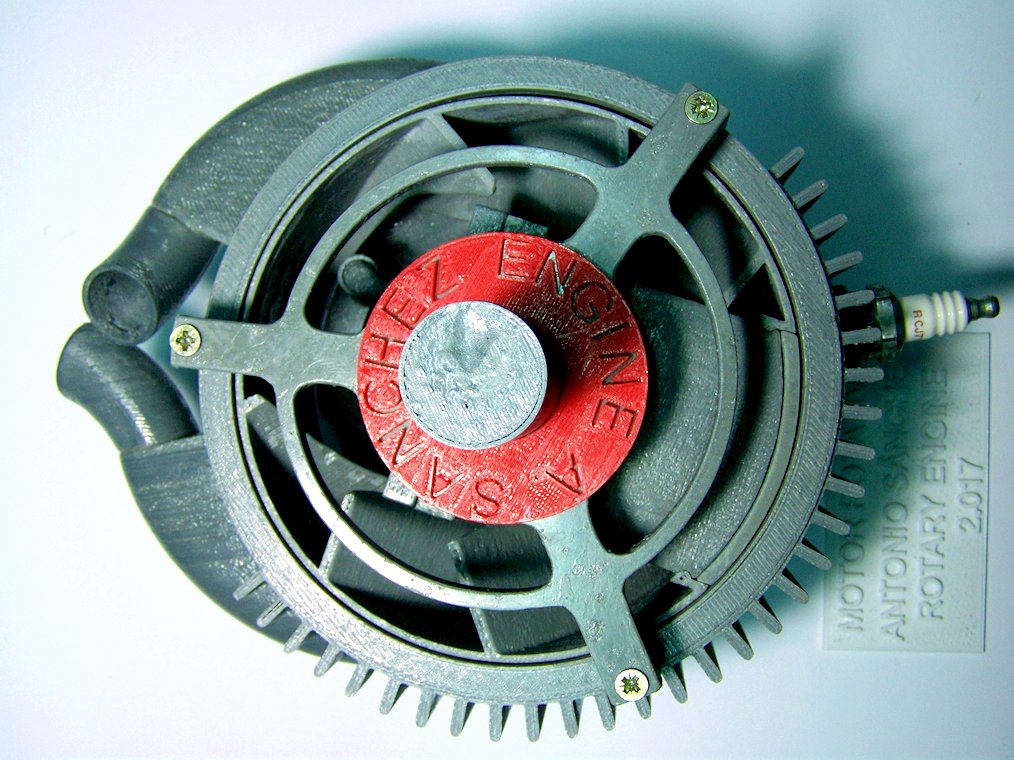 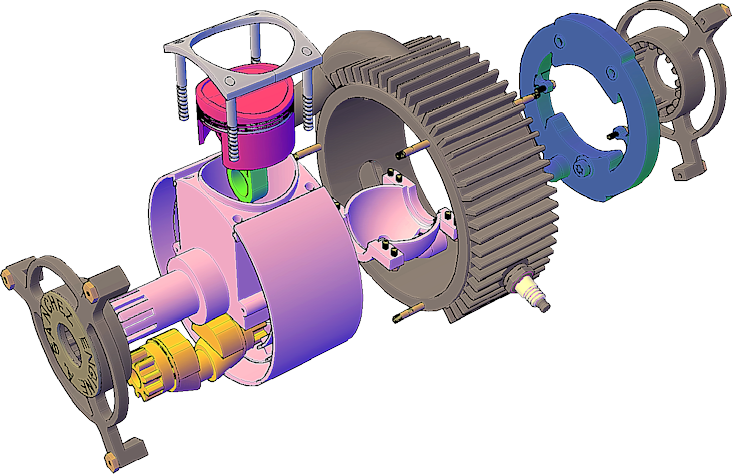 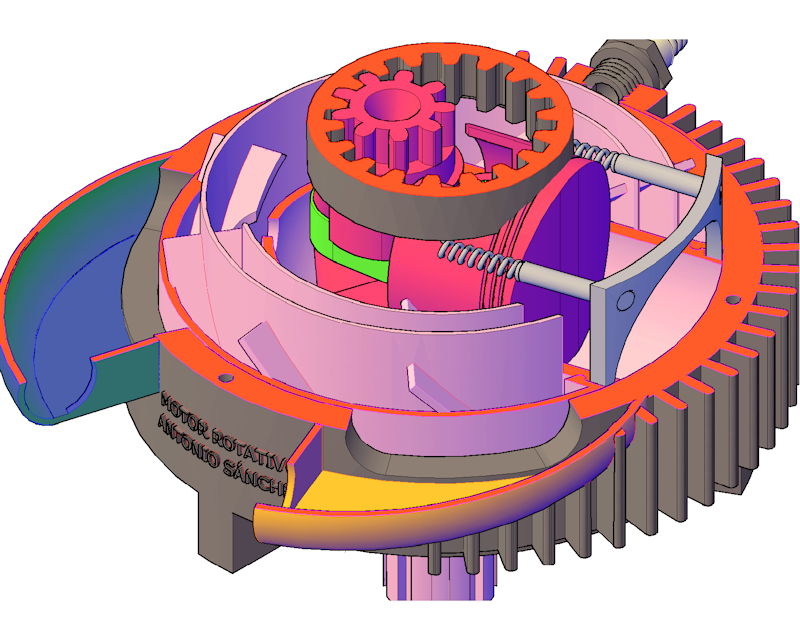 Engines currently used in range extender of electric vehicles are complex and expensive. Electric vehicle needs a very efficient range extender able to use alternative fuels, and which also does not affect its useful space, does not increase weight, with minimal maintenance and above all that does not significantly increase its final price. That is the propulsor expected to be achieved with this invention. A. Sánchez Rotary Engine is a simple and yet high performance propeller, with adequate lubrication, combustion and cooling systems. It is free of valves and develops 4-stroke cycle. Cooling is by forced air on the external surfaces of the stator and rotor, and internally by pumped and cooled lubricant. As the rotor rotates, the moving parts make a non-reciprocating movement free of stopping and reversing their masses, since they are in permanent rotation. Stator is a cylindrical cavity formed by a plurality of outer fins in the most heat affected sector, by an intake port, an exhaust port and a spark plug housing, all of which are synchronously distributed to optimize the operating phases. Stator houses a rotor which is a cylinder that houses an inner cylinder radially oriented and openned towards the outside. In this open side is housed an airtighnes seal, which is strongly applied against the lips of the radial cylinder and against the stator. A plurality of fan blades are arranged between the outer cylindrical tube of the rotor and its inner radial cylinder. Radial cylinder houses an articulated assembly composed by a piston, a connecting rod and a crankshaft. The rotor spins by supporting on the stator its central shaft that is divided into two half-shafts. To support them, stator has two attached frames.

Each frame consists of a central part with a bearing that supports the central axis, and with a planetary gear concentric thereto. This central part extends in three radial arms that are attached to the stator cylinder whith bolts. The crankshaft have at each end a satellite gear. Each satellite is meshed with a planetary. The number of teeth of each planetary is equal and is double in relation to the one of each satellite. The carter rotates solidly with the rotor, being attached under it. Take advantage of the rotating movement to push the lubricant through the circuit. At rest it contains all the lubricant. The carter is formed by two cuvettes connected to each other by two segments of hollow circular crown. A cuvette has two distributed windows that communicate with the inside of the crankcase through two valves. The opposing cuvette has holes that communicate with the inside of the radial cylinder seal guides. The carter also takes advantage of the pressure-depression created by the piston in the area that sweeps the crankshaft assembly, to pump lubricant, which in the suction phase is attracted directly by the piston and cylinder. The carter is cooled by the air sucked by the rotor blades.