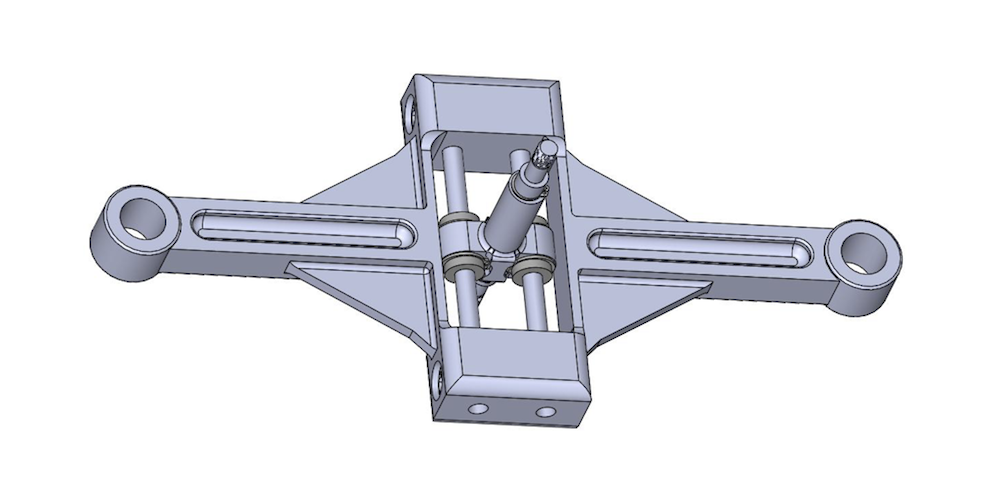 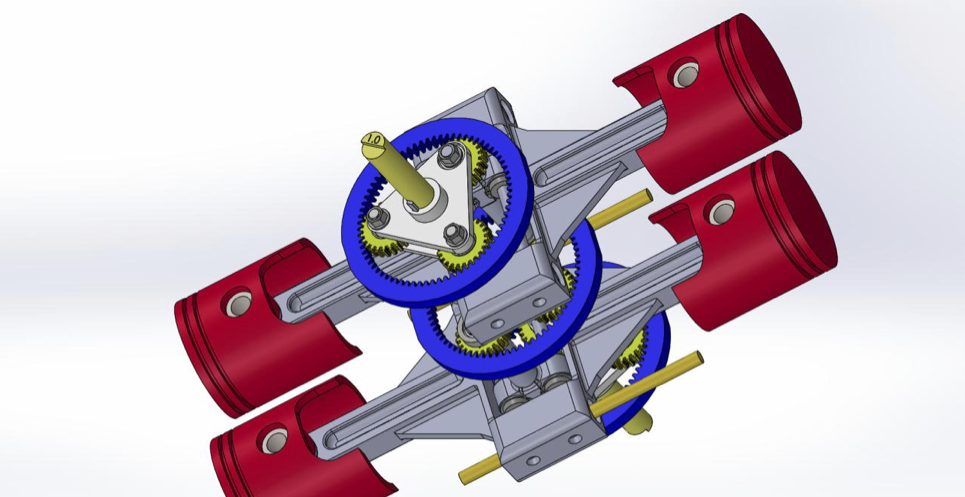 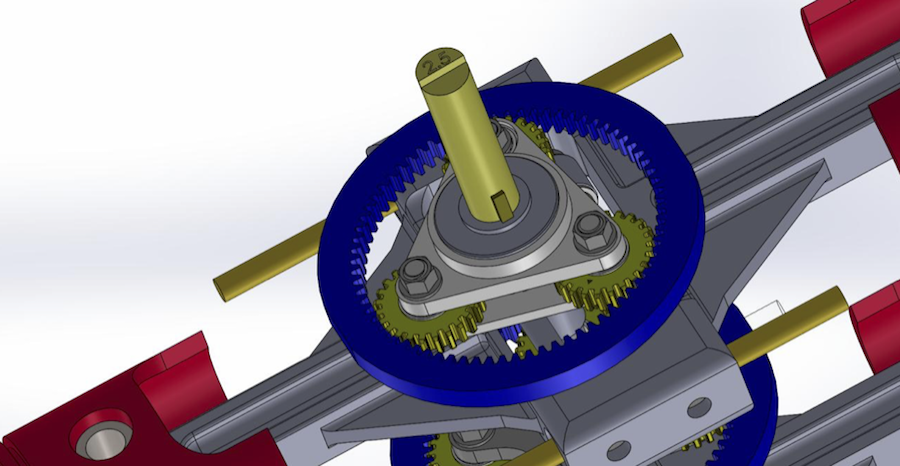 The principal benefit of a Scotch Yolk mechanism in an IC engine is to provide the pistons with a connecting rod attachment that eliminates ALL angular thrust between the piston and cylinder wall. Additionally, an engine design would no longer require the fabrication of a forged, cast or billet crankshaft to provide drive to the output shaft(s).

Planetary gear-sets can be incorporated into the design of an IC engine using a Scotch Yolk mechanism to replace the conventional crankshaft. The addition of the planetary gear-sets will minimize the sliding friction and high contact pressures normally acting on the slot in the yolk.

The attached video is of a proof-of-concept prototype engine. The base engine concept is that of a pair of common-axis, two cylinder modules incorporating the cylinders, cylinder heads and pistons of four Kawasaki 340 engines. By using a number of commercially available spur gears and bearings, a block with a 2.0-in. stroke was designed to operate with the 2.36-in. bore of the donor engines.

Three planetary gear-sets with the annulus gears held stationary are connected through ball bearing mounted links to an opposing pair of planet gears. Each link carries linear bearings that travel along shafts fixed to the yolk. The motion of each yolk is further defined by additional linear bearings traveling on parallel shafts fixed to the engine block. The yolk assembly carries the connecting rods and pistons.

In this version, primary and secondary dynamic balance is achieved without the addition of any parasitic weights.

This mechanism allows the purely linear motion of the pistons and connecting rods to be converted to rotary motion by keying one or both output drive shafts to its associated planet carrier to provide one revolution of the output shaft for every cycle of the pistons.

Alternatively, one shaft could be keyed to its associated sun gear to provide a step-up drive in the ratio of annulus gear teeth to sun gear teeth. In this configuration the shaft could drive a supercharger or generator or to assist a turbocharger.