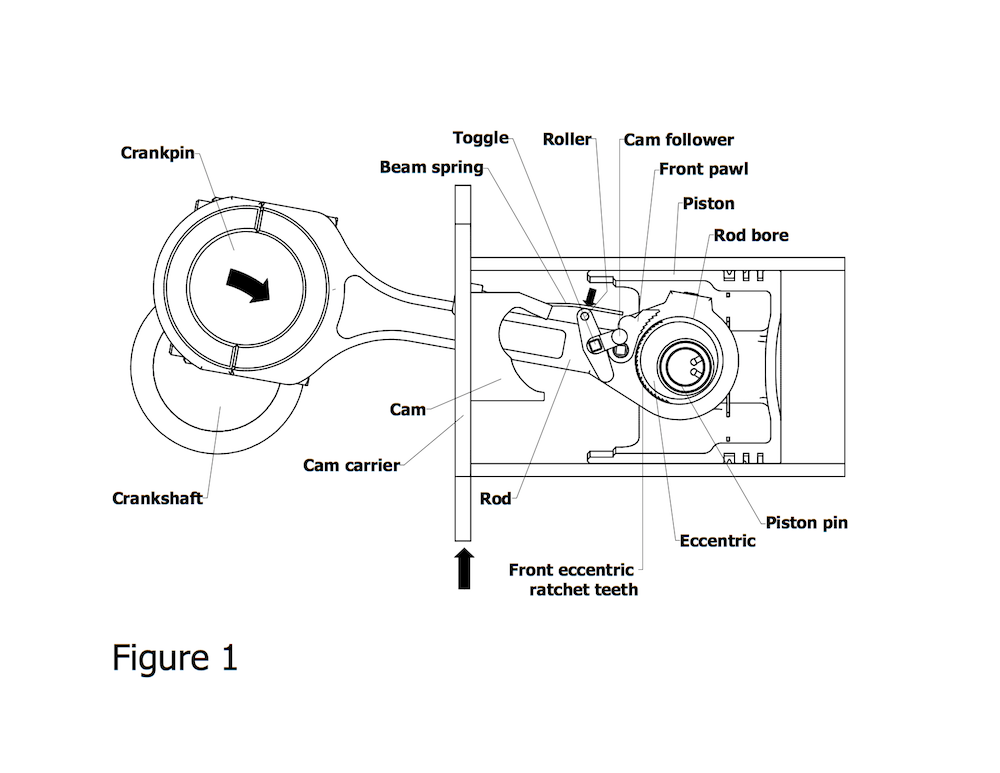 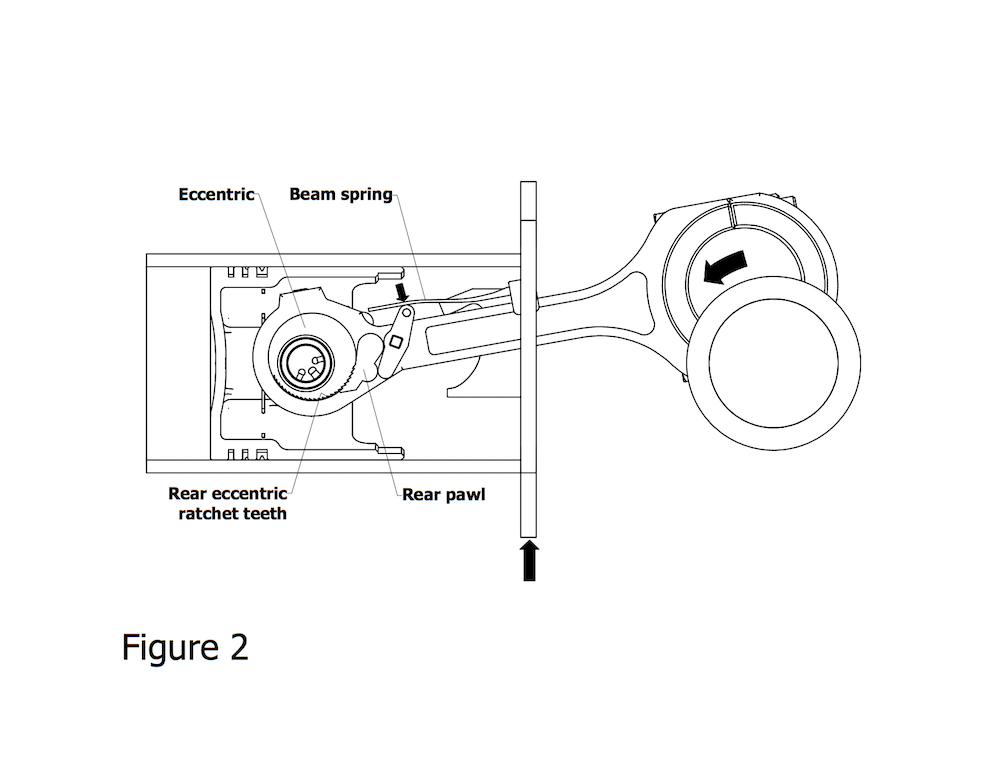 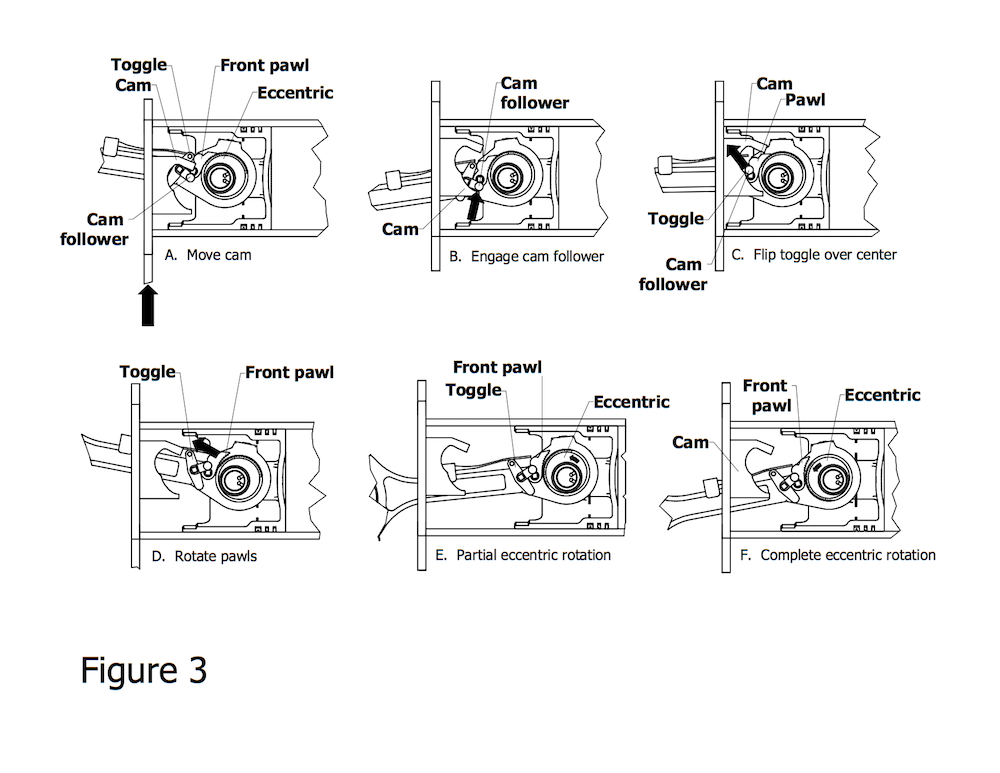 Adjustment of the compression ratio in a running piston engine as a function of operating conditions is recognized as an effective way to improve both light load efficiency and maximum output torque, and is perhaps the last major efficiency improvement available to piston engines in the quest to reach the 2025 CAFE standard of 54.5 mpg. Mechanical systems for implementing VCR have been proposed and in some cases tested, but none have yet been sufficiently simple and cost effective to reach commercial use. The proposed patent-pending (published as WO2015200432A1) VCR connecting rod is designed to overcome these barriers and be attractive for volume production.

The proposed variable length connecting rod provides two-stage VCR in running engines, where connecting rod force reversals rotate an eccentric bushing at the rod small end to change the effective rod length. It is a robust all-mechanical structure that replaces a conventional rod with no basic changes to the piston, piston pin and crankshaft.

The proposed VCR rod is shown in front and rear views in Figures 1 and 2 in the high compression setting, and the transition process is illustrated in Figure 3. Compression ratio is adjusted by rotating the eccentric between two positions in a bore in the upper end of the rod body. The eccentric is retained in the high compression configuration by the rear ratchet pawl engaging rear ratchet teeth formed in the outer diameter of the eccentric as illustrated in Figure 2. Similarly, the eccentric is retained in the low compression configuration (not shown) by the front ratchet pawl engaging front eccentric ratchet teeth. The front and rear ratchet pawls are connected by a shaft and rotate as a unit such that when one pawl disengages the other pawl engages. The ratchet pawls are held in either the high or the low compression position by the switchable bi-stable toggle loaded by a tapered beam spring. Compression ratio changes are initiated by shifting a block-mounted control cam such that it engages and flips the bi-stable toggle as the piston moves near bottom dead center. The flipped toggle preloads the reversible one-way ratchet clutch towards the new position. The ratchet pawl teeth and the mating eccentric ratchet teeth have engagement angles such that the teeth remain engaged when the rod is highly loaded even after the toggle is flipped. The clutch therefore maintains its original locking direction until the rod load and resulting torque on the eccentric simultaneously are at a low level and in the new rotation direction. This pre-set allows the clutch direction to be switched at any point in the engine cycle, while assuring that the clutch releases only when the force direction and magnitude are favorable. The block-mounted control cam only engages the bi-stable toggle at the beginning of the change event, minimizing potential noise and wear.