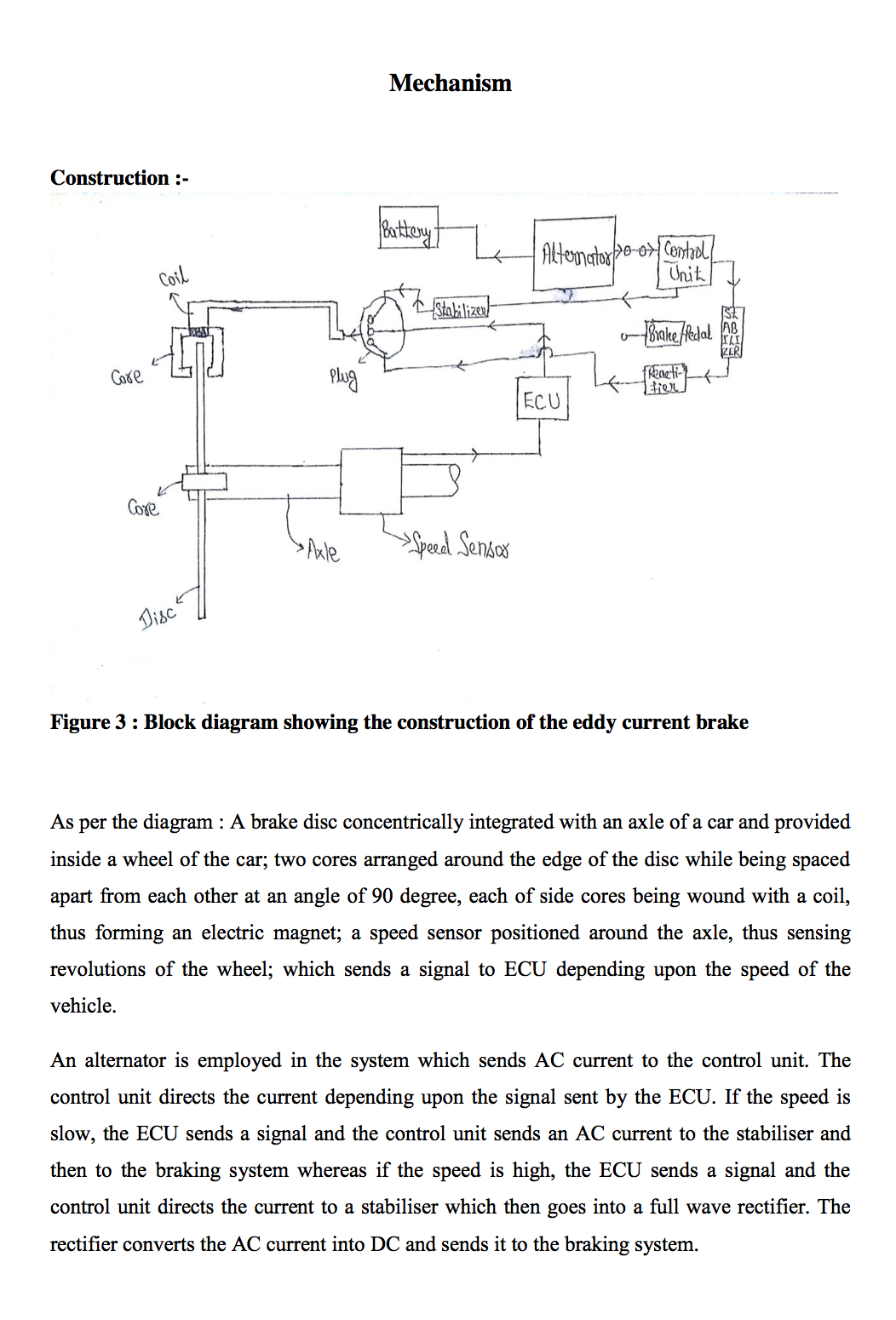 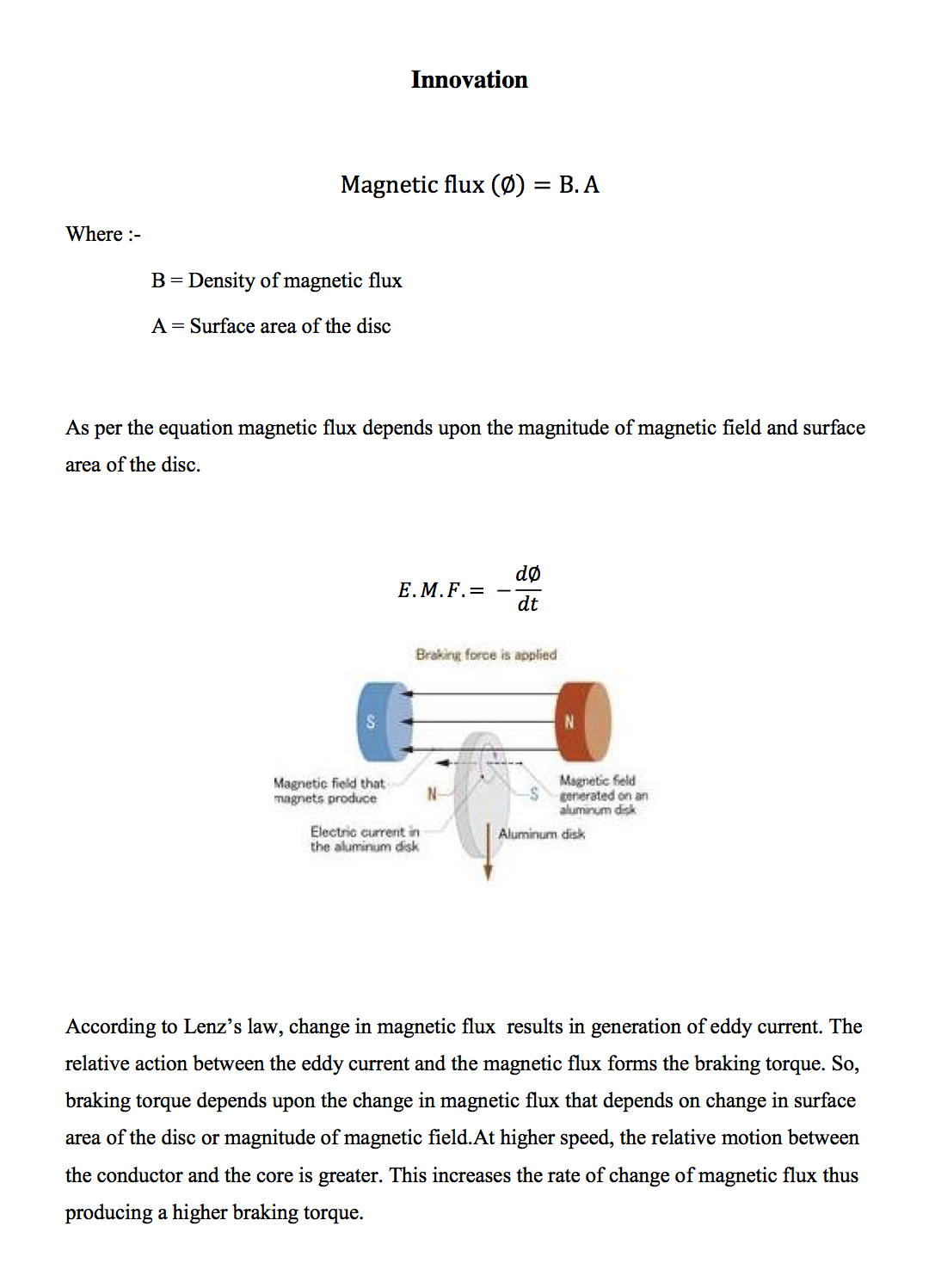 Many of the ordinary brakes, which are being used nowadays, stop the vehicle by means of mechanical blocking. This causes skidding, wear and tear of the vehicle. And if the speed of the vehicle is very high, the brake cannot provide that much high braking force and it will cause problems. These drawbacks of ordinary brakes can be overcome by a simple and effective mechanism of braking system, ‘The eddy current brake.’. It is an abrasion-free method for braking of vehicles including trains. It makes use of the opposing tendency of eddy current. Eddy current is the swirling current produced in a conductor, which is subjected to a change in magnetic field. Because of the tendency of eddy currents to oppose, eddy currents cause energy to be lost. More accurately, eddy currents transform more useful forms of energy such as kinetic energy into heat, which is much less useful. In many applications, the loss of useful energy is not particularly desirable. But there are some practical applications. Such an application is the eddy current brake.

Eddy currents are one of the most outstanding of electromagnetic induction phenomena. They appear in many technical problems and in a variety of everyday life situations. Sometimes they are undesirable because of their dissipative nature (e.g. transformer cores, metallic parts of generators and motors etc). In many other cases, however, eddy currents are valuable (metal detectors, coin recognition systems in vending machines, electricity meters, induction ovens, etc). However, little attention is paid to eddy currents in many of the textbooks commonly used in introductory physics courses they are often dealt with only from a phenomenological point of view, and they are considered in some cases only as a topic for optional reading Furthermore, most of the commercially available experimental setups concerning eddy currents treat only their qualitative aspects.