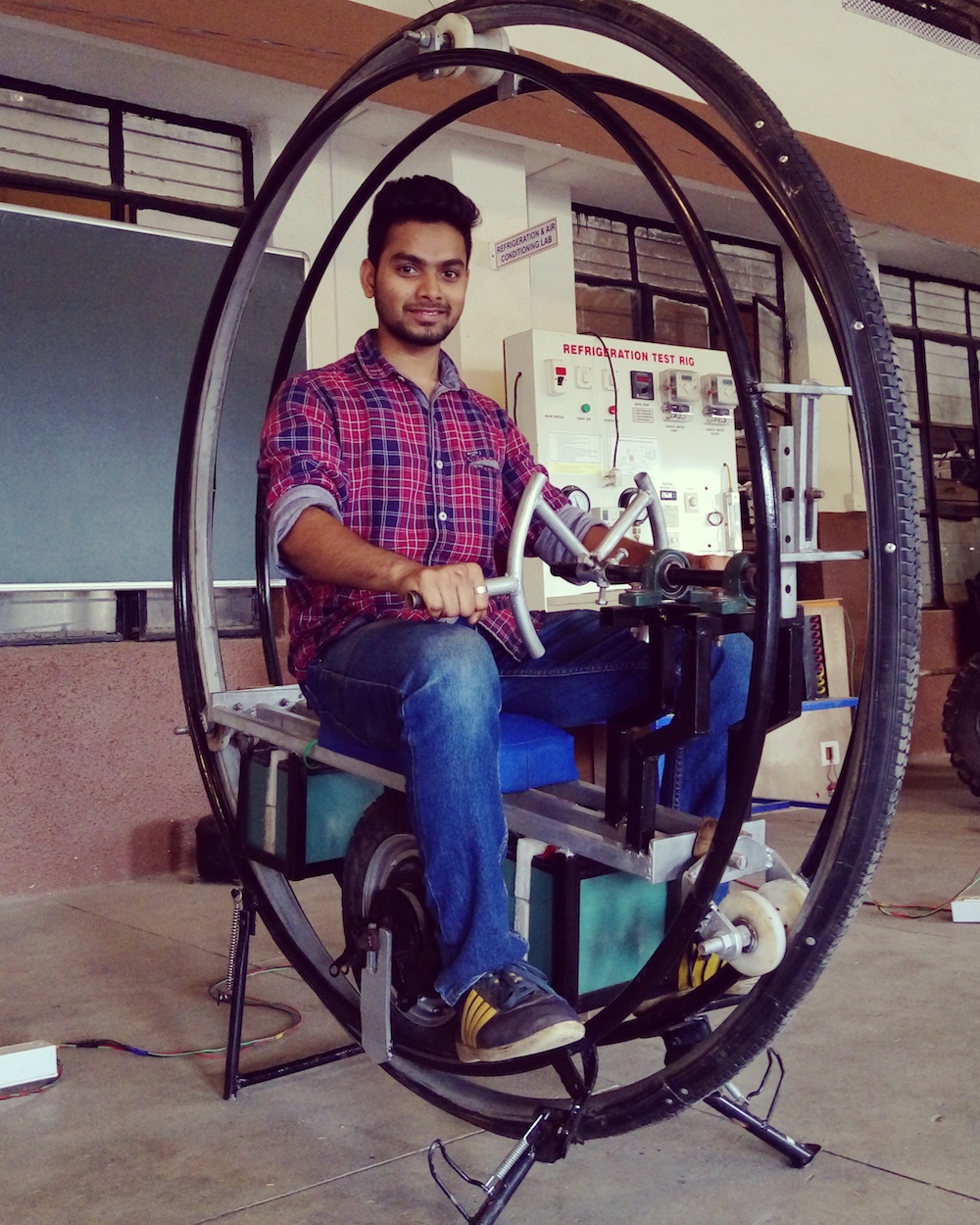 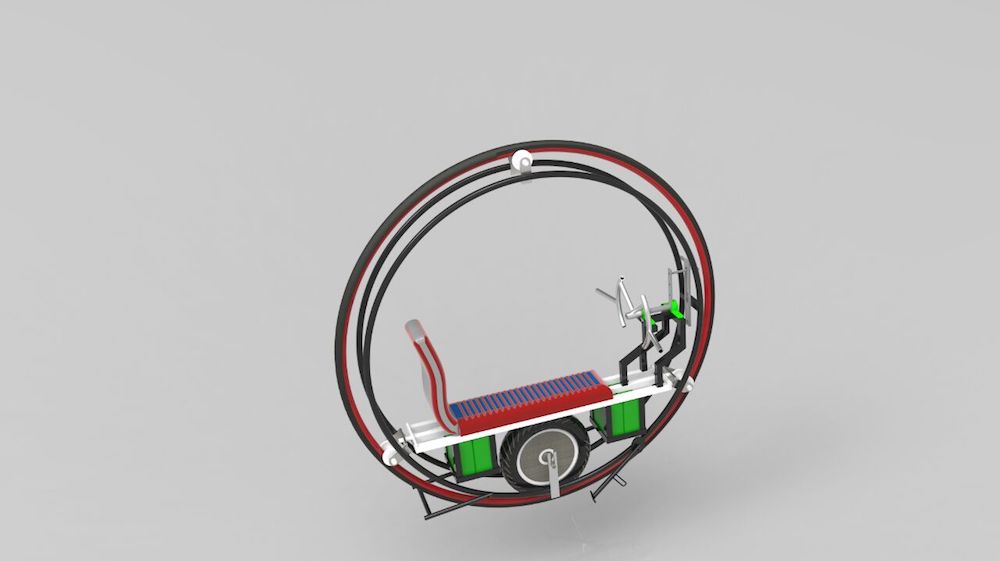 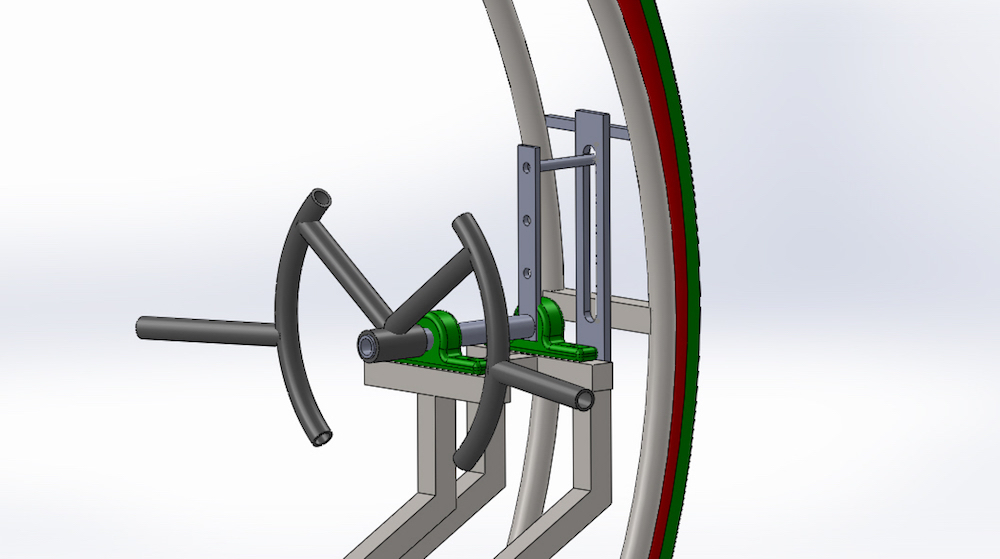 A Monowheel is a single track, single wheeled vehicle in which the person sits inside the wheel and drives it.

Conventional designs of Monowheel used IC engines and bulky mechanisms. This design of Monowheel is a battery Powered Monowheel which is driven by an electric hub motor, thus making it efficient and eco-friendly as compared to conventional models.

We have focused towards cost effectiveness and design optimization. This involves a very simple and effective steering mechanism, seating arrangement, assembly. Entire Monowheel can be disassembled and reassembled.

Monowheel can also used as rides for children in malls, places of recreation since this model will be a centre of attraction for everyone and excitement for children too.

This is an optimized version of Monowheel and many more modifications can be done to develop better models.