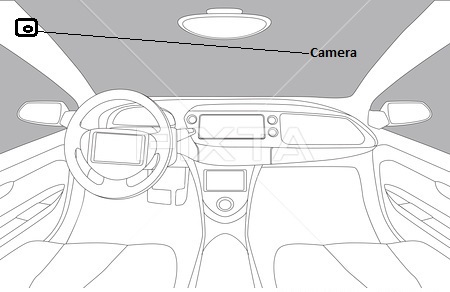 In India, more than 140,000 people died in 2016 due to road accidents. In countries like the USA and China, the numbers are even worse. Many lives could have been saved if the passengers used seat belts and many accidents could have been prevented if the drivers were a bit more alert. Our innovation offers a solution:

• Intelligent Ignition System (IIS): Seat belts are a primary form of safety in any four-wheeler. But people seem to ignore this form of safety and hence are putting their and other’s lives in danger. ’IIS’ allows the ignition of the Vehicle, only if the seat belts are on. A magnetic encoder is added to the existing ‘Seat Belt Retracting System’, along with a tiny magnet. The encoder records the rotation of the retracting gear and calculates the stretch (the length if belt that has been pulled out) of the seat belt. This way, it can be detected whether the seat belts are applied and hence control the ignition process. Hence it can be assured that anyone how drives any form of 4-wheeled vehicle is using a seat belt.

• Attention Retention System (ARS): Especially during long-night journeys, the driver gets drowsy and loses attention on the road. These are one of the prime reasons of road accidents at night. ARS solves this problem. A small camera module is mounted in-front of the driver and is coupled with a processing board (e.g. Raspberry Pi). The camera continuously takes footage. Using suitable image processing algorithms, the processing boards detects the time duration (t) for which the eyes are closed during a blink. If the time ‘t’ increases, it means the driver is getting drowsy. After the detection, the tiny vibration motors mounted on the seat and the seat belt, vibrates to alert the driver. If the detection becomes frequent, a buzzer is set on, indicating that the driver needs to rest for a while before continuing to drive.

IIS and ARS combined give rise to the Smart Seat Belt. It has a great potential to save thousands of lives. The trailer (truck) and bus drivers who have the responsibility of the goods and the people they carry respectively, will get immensely benefited by this innovation. This innovation will not only save lives but also make roads safer.

Feasibility:
• This innovation doesn’t require any sort of re-design of today’s vehicle. It is an add on which can be
added
to any car, bus, trailer etc.
• The components used to make the product are pre-existing in the market.
• Governments are trying hard to minimise road accidents. This innovation does just that! So, adaptation
will not be an issue.

• This project can be scaled up, to automatically check whether the driver has valid a licence to drive the
vehicle.
• Drunk driver detection.
• Vehicle owner detection.

This innovation is a big step towards solving a very peculiar problem.