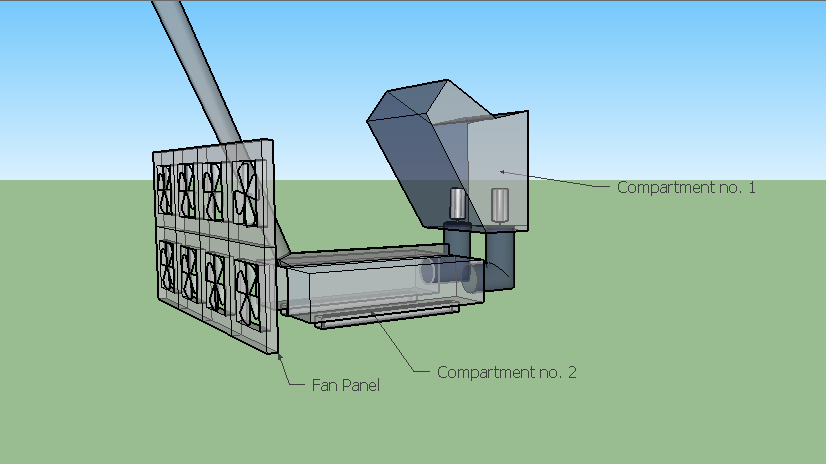 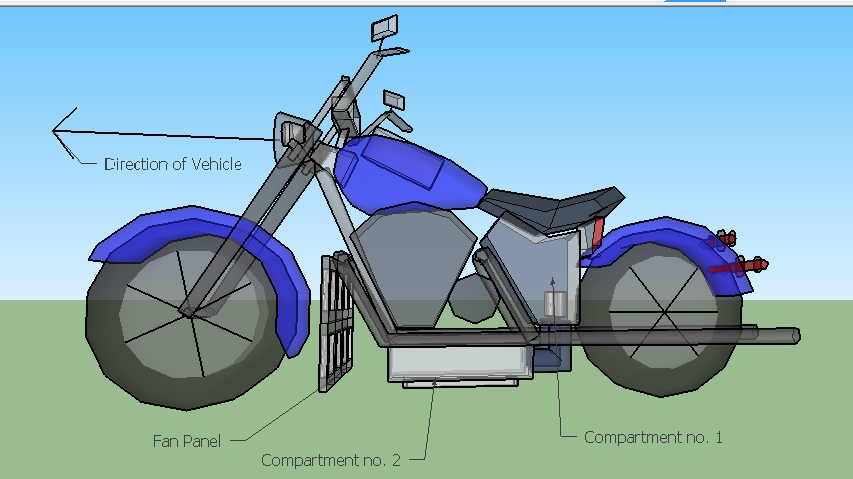 The VaccuVroom is a unique concept that aims at providing a solution for dust-ridden roads while being energy-efficient. This idea can work especially well for countries like India which are constantly battling pollution. The idea behind VaccuVroom is a detachable component for vehicles that sucks up dust while riding or driving. The idea is to harness wind energy being collected when the vehicle moves in a forward direction and convert this into electrical energy to rotate a motor that powers up the vacuum machine. The basic design involves a compartment below the driver's seat which houses the motor along with the electrical circuits and wires. In most motorbikes, this section is easily available. The fans attached to the front of the bike will power the motor which in turn will power the vacuum. This vacuum will pick up dirt and dust when the vehicle is running. The dust and dirt will be collected in a removable dust bag which can be emptied.

Just imagine if a simple machine like the VaccuVroom could be installed in every motorbike in a country like India, the amount of dirt and dust being cleaned up on a daily basis would be a huge change. The cost incurred by the government for application of such an idea and the cost incurred by the riders would both be low. The added incentive is that it would clean up the city automatically.

The specific description of Components as shown with help of three images is:-
1. Fan Panel: - This panel consists of small fans just like an SMPS fan in CPU. This can be easily mounted on LEG-GUARD of any Bike. When the bike moves in the front direction all the fans will rotate and electricity will be generated, but the intensity of current will not be as required.

2. Compartment no. 1: - In this, the generated electricity will be directed towards a capacitor or something which will convert the inappropriate current into required parameter. And the motors will now start rotating in anti- clockwise direction to create suction.

3. Compartment no. 2: - This is the final compartment. In this, a bag will be connected to the circular opening in which the dirt and dust will be collected. And it is a removable bag to the collection can easily be dumped.