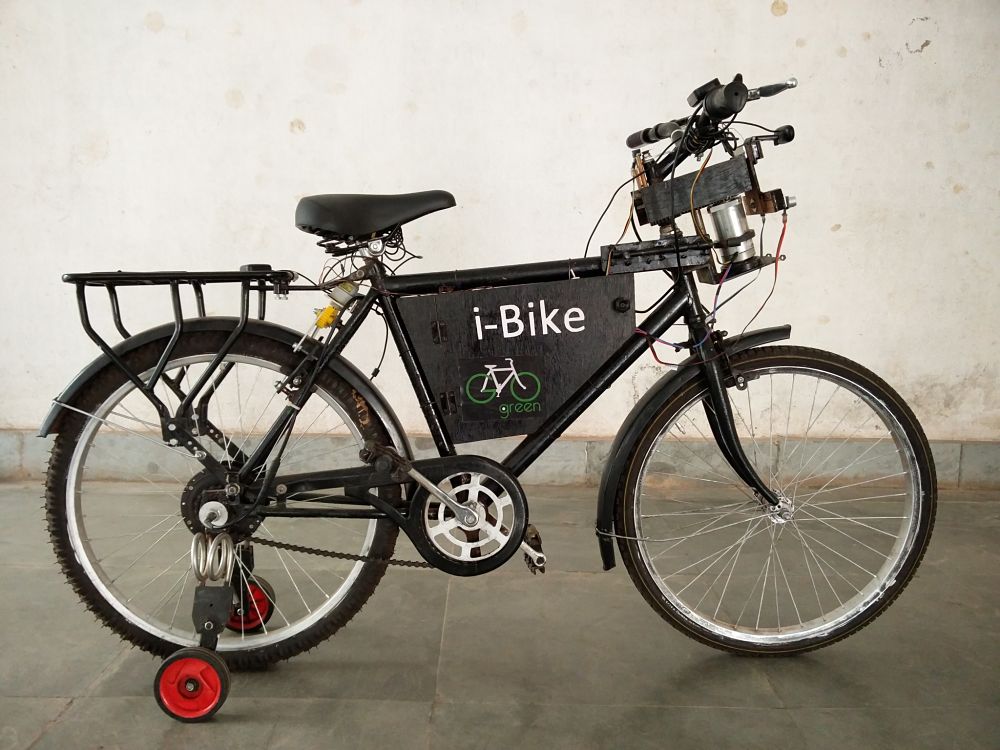 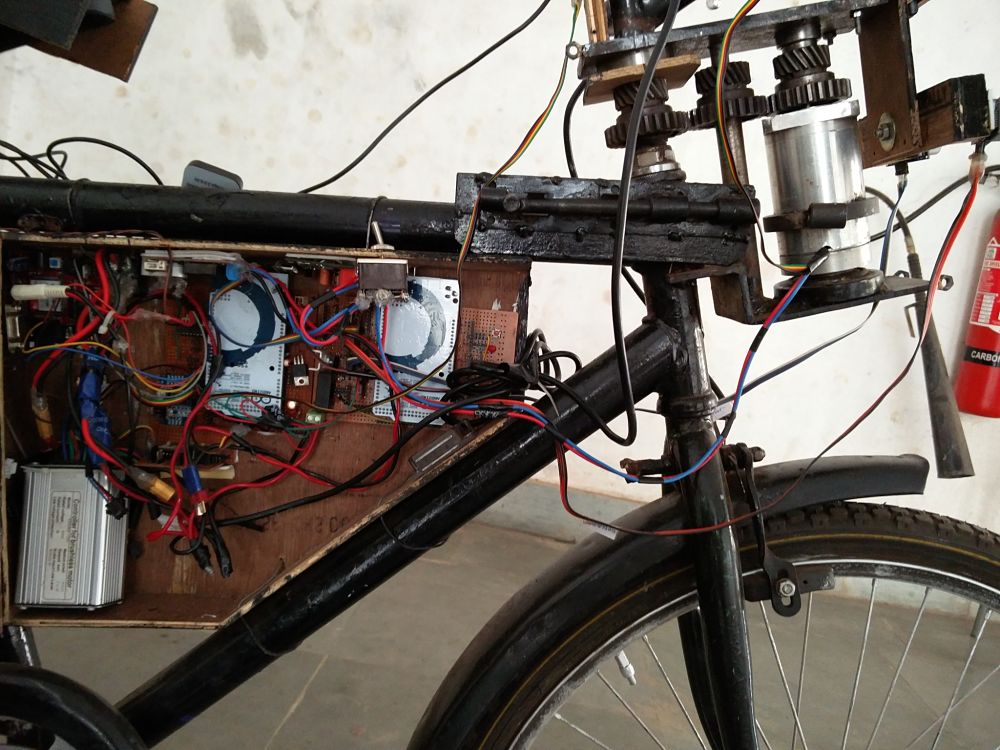 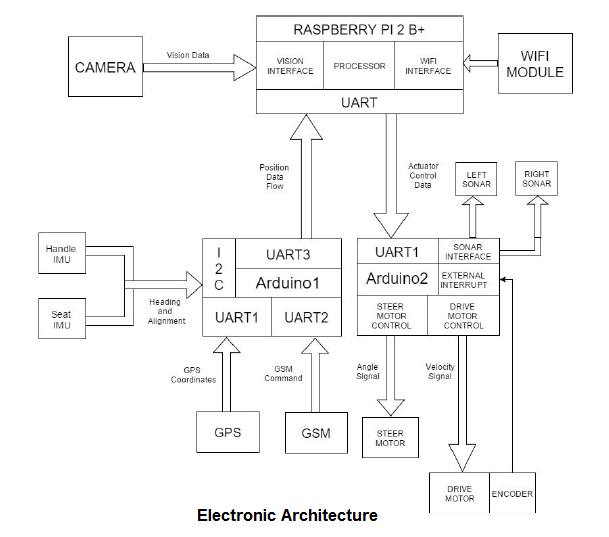 A bicycle model which can drive itself autonomously and also be driven manually as and when required is presented to be used in an urban bicycle-sharing system. The proposed system would be ideal for use in last-mile transportation. Any autonomous vehicle along with all its advantages of reducing human effort and providing better repeatability etc. carries some disadvantages which are very well known and are majorly the reasons why it's difficult to get autonomous vehicles on the roads. The biggest advantage that this autonomous bicycle, named the i-Bike has, is that it takes the best of both the worlds, the robustness and fail-safe properties of manual vehicles along with the low human effort, user-friendliness and advanced-innovative tools available in an autonomous vehicle. The i-bike successfully achieves this using its advanced dual locomotion technology.

A 250 Watt, 24 Volt hub motor is used to power the bicycle which is fitted on rear wheel. A DC servo motor with a precision of 0.2 degrees is used to steer with the help of gears. Wuxing brake levers are used in place of normal ones to facilitate regenerative braking. A pair of retractable balancing wheels is used to stabilize the bicycle. Two Inertial Measurement Units, a GPS and Odometry data calculated using encoders on drive motor are used to localize the bicycle. To control and navigate i-bike, IMU, GPS and Sonars are used synergistically to create a closed loop control system. i-bike uses Computer Vision to plan the upcoming pathway. An i-Bike Android application is created which acts as controller & information provider. It has certain other features as well such as tracking through GPS; wireless GSM based control and vehicle security applications which make it all the more intelligent. In essence, the modifications brought in, serve the purpose to a great extent and are quite robust and feasible both in terms of its cost and durability.

There are many applications of a smart and autonomous bicycle in today's world. It will be a boon for differently-abled people. With the autonomous ability of the cycle comes the freedom for multiple people to use the same vehicle for transit. The bicycle can be rode to a place and then be called back to be rode to a different place, just by using mobile SMS (while maintaining the security all along).

Current experiments with the prototype have shown obstacle avoidance capability with sonar at slow speeds, but further work must be done to avoid obstacles at higher speeds. For precise control of the bicycle the backlash error in the steering has to be reduced and along with that, the processing power could be increased. The bicycle achieved what it set-out to, initially. It demonstrated great robustness as any user can sit on it to drive it anywhere and then the tests have shown that one SMS sent to the bicycle activates the autonomous mode and the bicycle avoids all obstacles in its way, giving the user a track of its position online, reaches the final destination.