Electrification of Existing ICEVs by Retrofitting 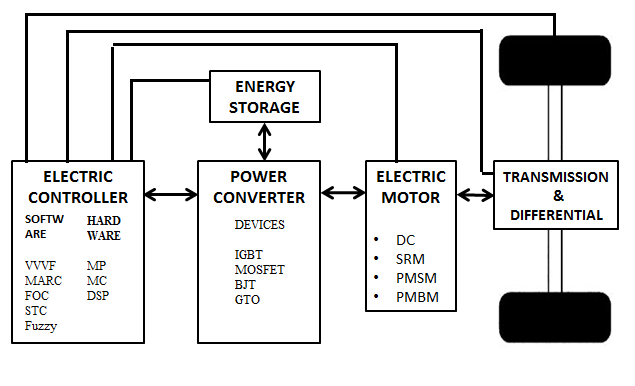 Jaipur, a metropolitan city out of so many in India, has seen a growth of around 125,000 IC Engine Vehicles in past 5 years. As India witnesses Electric Vehicles taking over in 10 years down the lane. The problem of fate of these ever increasing ICEVs is what our idea focuses upon. Dumping away these vehicles (as was the case with the GM’s EV1) is definitely not a solution, that’s where our solution of electrification of these already existing vehicles through retrofitting comes along.

Potential benefits include reduced air and noise pollution and better air quality ultimately improving quality of life. The idea when scaled to a global scale would also reduce the consumption of ever depleting fossil fuel-reserves. Retrofitting would reduce the wastage of existing ICEVs at a mass scale. The idea would bolster the economy by encouraging other products’ manufacturing and improvement locally, also encouraging provision of services such as charging stations locally. Retrofitting locally would contribute to the govt.’s initiative to retain control of nation’s money. Here in India, the govt. provides a No Objection Certificate of 15 years to a vehicle upon registration, and retrofitting would practically renew the whole vehicle and hence enabling the general public to save their money as a result of govt.’s increasing awareness on adoption of EVs.

With leading companies focusing on selling Hybrid technology to make way for EVs, we would be focusing on electrification of existing ICEVs instead of selling new Hybrids in an already congested space.

Retrofitting services would first be given to selective ICEVs such as cabs and taxis where obtaining data would be more convenient as they have definite travel ranges. The services will be sold to individuals and in later stages, to businesses.

We would replace the existing mechanical powertrain with an equivalent electric propulsion module including an energy source (mainly batteries), motors, power converters and an electronic controller. The result would be reduced NVH levels. To decide a suitable electric module would mainly depend on owner’s expectations, vehicle’s range-power-torque requirements & constraints and energy source. Our USP would be the Battery Management System embedded inside the controller.

The battery pack and the motor(s) would be which are already being manufactured locally, the electronic controller along with the BMS would be designed by ourselves and sold.

The cost of an ICEV retrofitted would be a lot less than purchasing a pure EV or an HEV. The cost would further be brought down due to motors being manufactured locally and subsidies provided at different levels by the govt. to encourage quicker adoption of EVs through policies such as FAME and the National Electric Mobility Mission 2020.