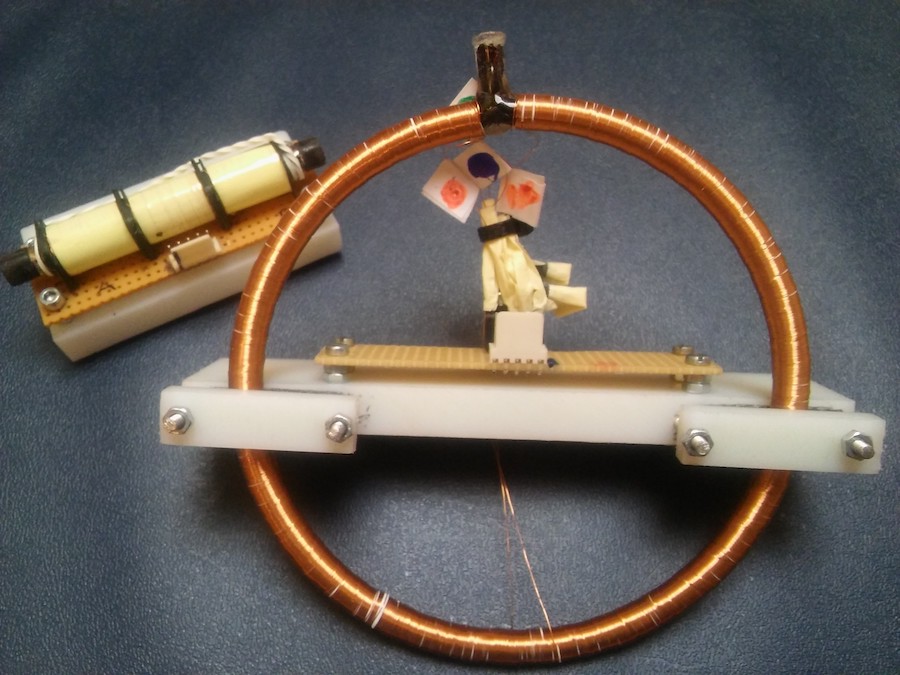 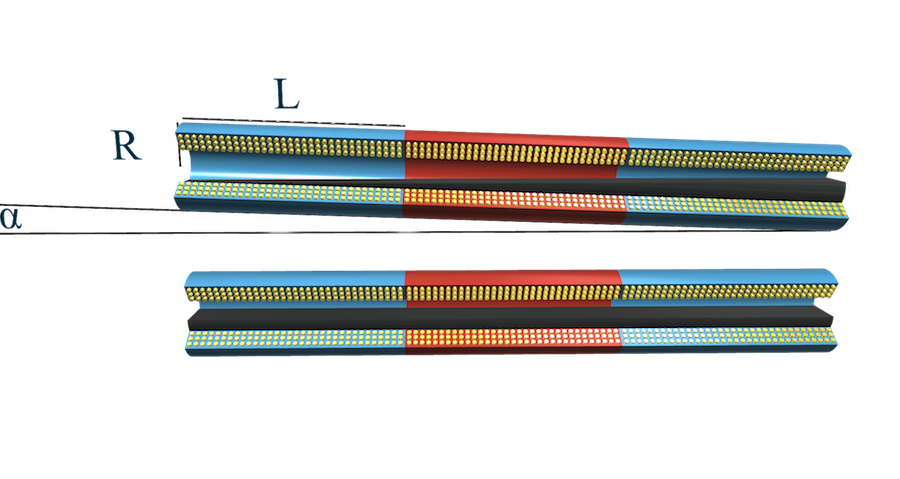 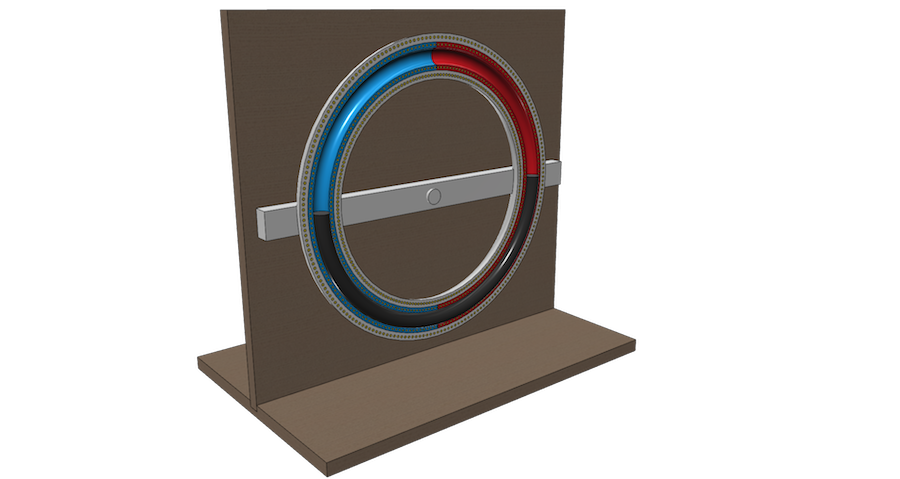 In our work, we developed a ferrofluid core differential transformer sensor, which can be used to measure tilt. The purpose of our research was to develop and test a new type of tilt sensor, which uses ferrofluid. We made it our goal that the sensor developed by us should outperform the previous ferrofluidic tilt sensors in resolution.

The proposed sensor is similar to an LVDT (Linear Variable Differential Transformer) which is used to measure linear displacement and consists of one iron core and three coils. In our solution, we replaced the iron core with a glass tube half filled with ferrofluid. When we rotate or accelerate the sensor (in the direction of the coils' axes), there is a different amount of ferrofluid in the three sections. The result is similar to when the LVDT's iron core is being moved, the generated voltages in the secondary coils are changing, so the cell's acceleration or tilt can be measured.

To widen the measuring range of the sensor we changed the geometry of it. In a different layout of the sensor, the three coils were winded toroidal around a glass tube bent in a ring shape. It can be easily seen that when rotating this arrangement of the sensor the amount of ferrofluid in the secondary coils is changing linearly with the tilt. In cases of 0° and 180° there is an equal volume of ferrofluid in the secondary coils, so it has a virtually infinite measuring range.

Based on theoretical considerations we have shown how the dimensions of the linear sensor influence the measuring range and sensitivity. The linearly coiled sensor had a resolution of 0.005°, but this can be further improved with larger L/R rates. We built a linear sensor that could detect the gravitational effect of the Moon (this sensor had more than 0.0005° resolution). The toroidal sensor with a toroidal cell had almost perfect linearity and a virtually infinite measuring range, however, the values of resolution and sensitivity are not as good as the attributions of the linear variant.

The proposed sensors do not contain moving parts, and the reaction time can be reduced using lower viscosity ferrofluids. In this way, our sensor can widely be used in industrial applications, for example in medical robots or airplanes.