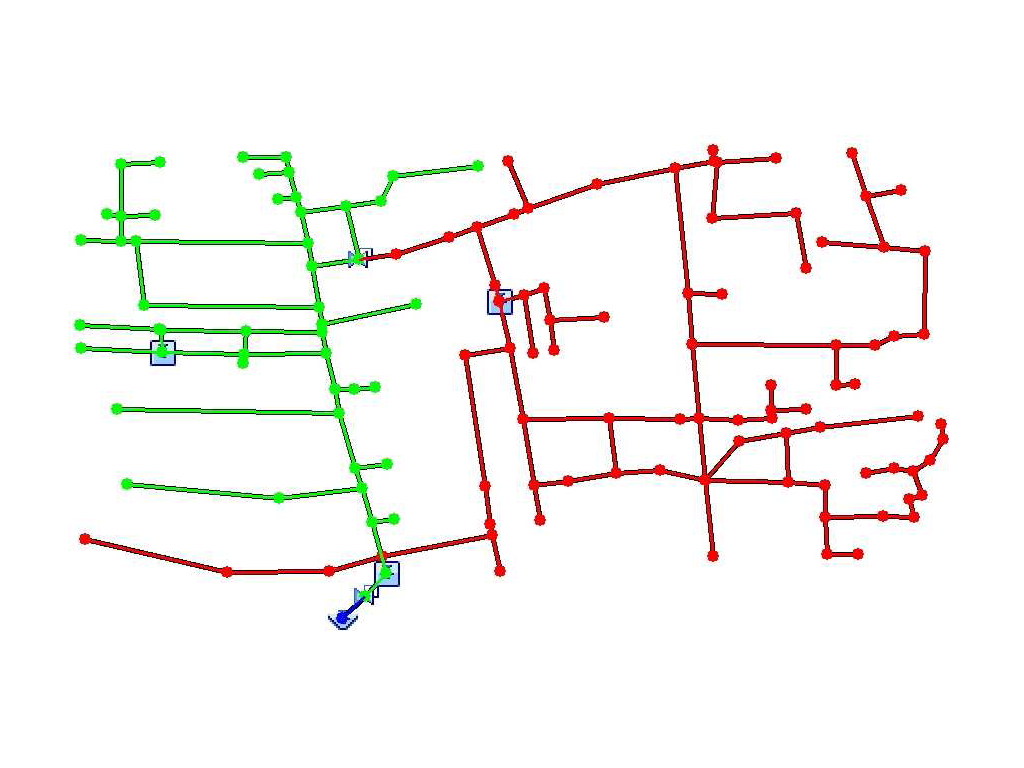 In the large cities of emerging economies, with a typical population exceeding 10 million, a scheme for assured, demand-rated, smart potable pipeline water supply to the individual households is a pressing requirement. The current practice is heavily manual driven, and has the attended human element with all its fallacies. An assorted distributions of pipeline dimensions, nodal valves, check dams and sub-reservoirs or overhead water tanks along the path of water flow from the catchment area (main reservoir) to the end user needs a thorough software-based modeling to be conducted (as shown in the attached figure). It has to incorporate variables like pressure-heads, valve mechanisms, tolerance limits to the pipes and valves, wear and fatigue elements in the pipelines and valves, water utilization patterns (seasonal and diurnal), wastage due to leakages, water quality - that includes pollution, weather patterns - that often decide the primary source for water in rainwater-dependent locations, snow meltwater thaw patterns, and global warming.

The smart solution advanced here considers every one of these variables, in order to arrive at a highly efficient water distribution system, on the scale of a typical city municipal corporation. The solution offers the least amount of disruption to the existing arrangement, that is significantly human driven and highly subjective, by offering smart augmentation technologies that have a scalability component to it while keeping costs low. As a typical case, the several types of valves that are deployed at various levels of water distribution are set to operate in a dual mode, whereby, while still having the existing arrangement in place, a suitable valve actuation mechanism is also rigged to it. A common valve that is employed along the pipeline is the ubiquitous multi-turn rotary valve. Using a rotary encoder, the precise number of turns about the valve axle determines the exact volume of water that moves across this point in the pipeline; the encoder has the attached linear actuator that bring about this realization.

What makes the system smart is that, the parallel mechanized system is activated over the conventional mobile communications network backbone in a remote, target-specific mode. There has to be a unique ID for every valve that controls water flow downstream. The citing of this ID in the digitally communicated data packet gets retrieved at the location of the particular valve. The critical information component of this data packet is sourced from a GIS database on water utilization over variable levels of granularity, and translated into the appropriate number of turns of the valve shaft, that in turn allows a given amount of water flow past the valve for a specific duration. A GSM-based approach would also offer the necessary data security during every stage of this process, another crucial element that avoids malicious intrusions from disrupting the system's functionality. The entire system is intended to be self-driven, when once implemented on its full scale, thereby ensuring a reliable and safe civic water supply to the city dwellers.