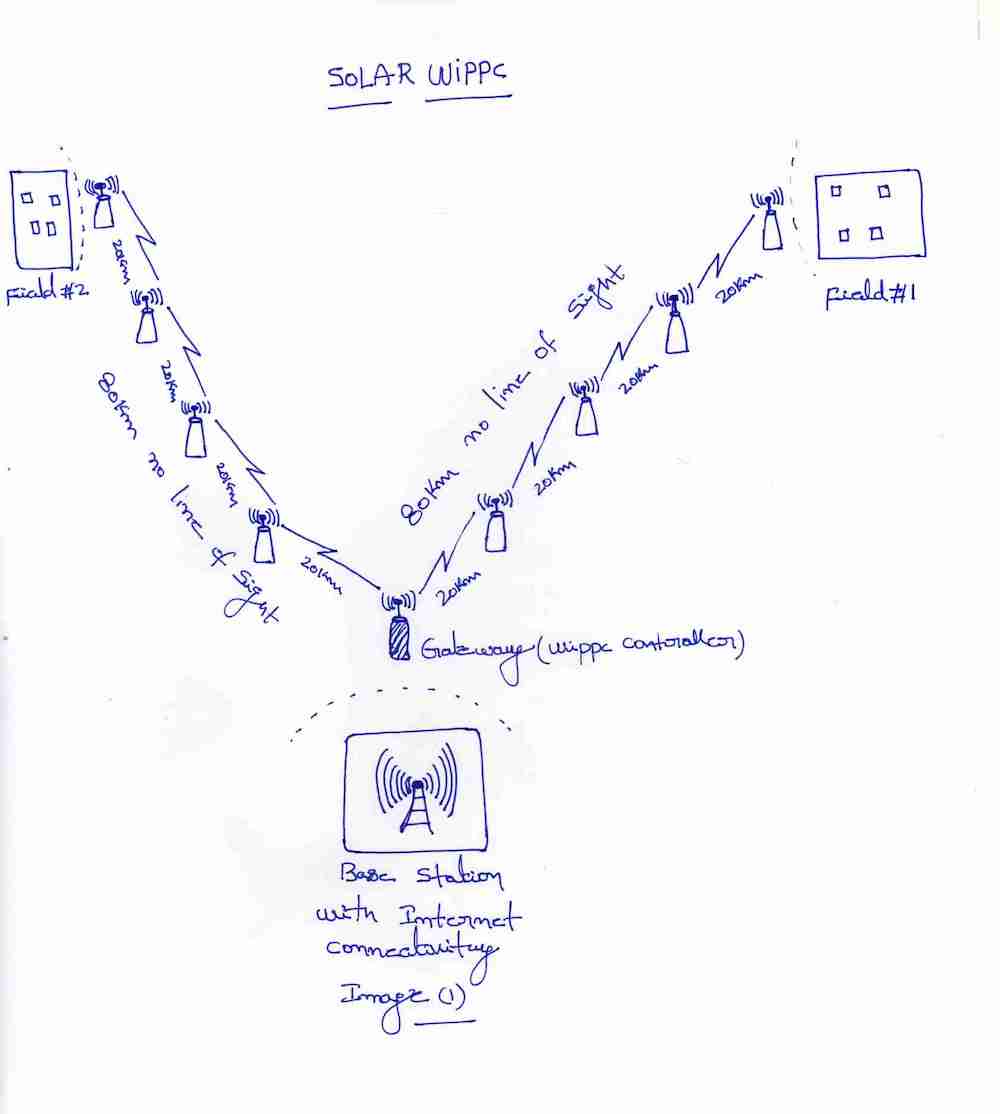 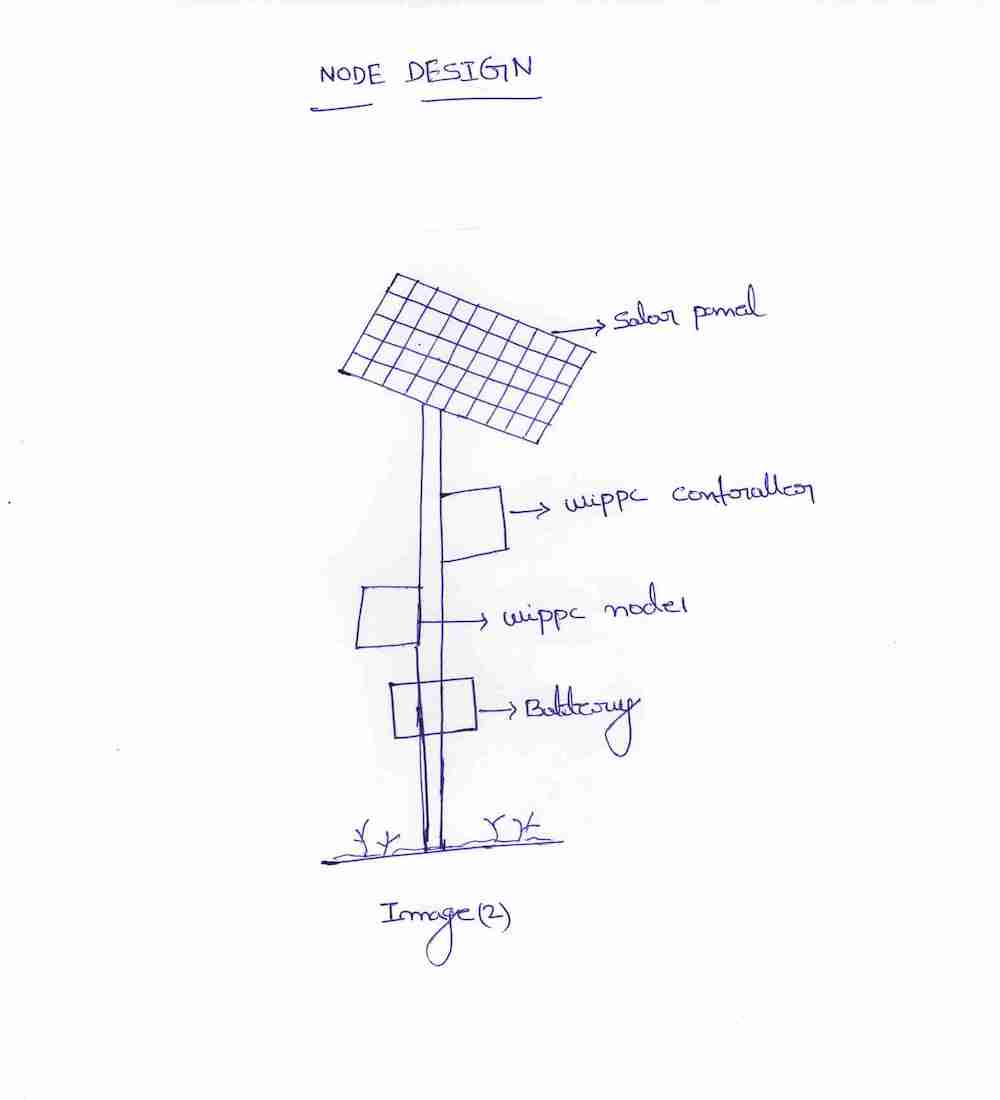 In rural areas where wireless internet connectivity is not always possible, data collection is done on handheld device, drones, and /or other field machinery (e.g. harvester, drilling machines), then collected and brought to a central location with connectivity to upload the data. Data is analyzed and decisions are made for action to take back in the field. This is both time consuming and inefficient. That’s why i am giving one better solution. This is called” SOLAR WiPPC.

WiPPC can consist of the following components.
1. WiPPC CONTROLLER: WiPPC controller is a small computer that controls the whole radio network. The hardware is standard PC components, but these where choose for their reliability and because of the particularly low energy consumption. It contain essential part of the software (e. g windows or Linux), which helps the network to be automatically configured and operated.
2. WiPPC NODE: WiPPC nodes are simple components with two Wi-Fi based radio interfaces. They pass the data arriving data one antenna on to the second antenna. Because different frequencies are used, the two radios do not interface.

The WiPPC Controller is the gateway (GW) to an external network and, hence, is usually located at the boundaries between a WiPPC network and a rather fixed infrastructure network. Most of the network logic is implemented in this node, including monitoring and network management functions. Conceptually, multiple Controllers can be operational in a network, in order to reduce the risk associated with a single point of failure.

The WiPPC Repeater is a Node with two radio interfaces. It is typically located outdoor and can be run on solar energy. While each repeater can bridge a distance of 20km. i, multiple repeaters can be concatenated to bridge much larger distances. Since each repeater only introduces a transmission delay of 1 to 2 ms, up to ten repeaters may be used to span distances of several hundred kilometers.

Following the heterogeneous WiPPC concept, repeater nodes can operate with different radio technologies like IEEE 802.11 (Wi-Fi). The modular WiPPC concept makes it easy to support additional, even future radio technologies at low effort. A wireless repeater may use unlicensed frequency spectrum (CAPEX/OPEX and ISM band 5.0 to 6.0 GHz) on each interface.

The solution is operating on or above ground in proximity to the field. The base station will be within 80 km (20km *4 nodes=80 km) any field and will have a dedicated internet connection.

List of equipment's needed:
The system is needed only four equipment's. There are,
1. WiPPC controller
2. WiPPC nodes
3. Solar panels
4. Battery