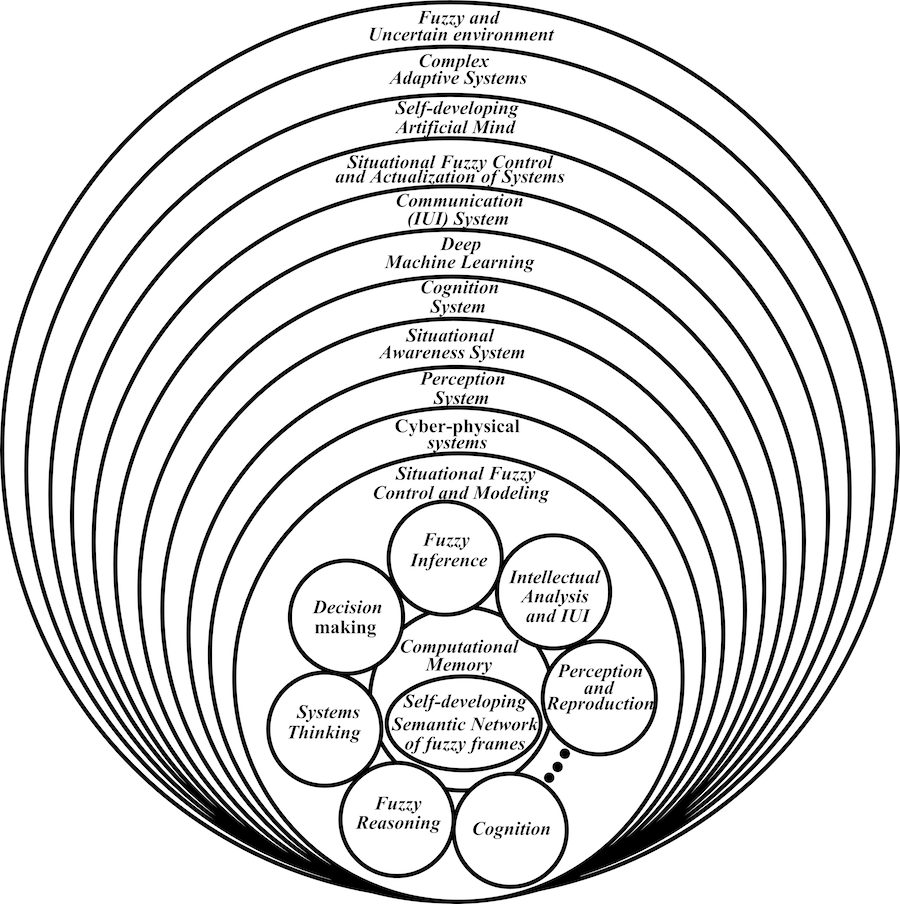 It is proposed a method of Modeling of Computational Perception of reality, Situational Awareness, Cognition and Machine Learning in the system of Computational Systemic Mind, functioning as a main component in Complex Adaptive Computational Self-Thinking Autonomous Systems such as Robotics, Spacecraft, unmanned production and other. The method determines the states of objects in environment in an unknown in advance situation, represents and actualizes them in machine memory, plays back them in external representation and provides full understanding objects of reality to y the systems and humans on the language of their thought. The method applies the principles of the systemic and situational control, the main achievements of Fuzzy Logic, Linguistics and Cyber-physical approach to the perception, awareness and processing of languages, images, signals and other essences of reality. The method is supported on base of developed by us system of models, methods and subsystems of: (1) Situational Fuzzy Control of data, information, knowledge, objects, models and subsystems, (2) Fuzzy Inference, (3) Decision making and their Planning, (4) Generalization, Presentation and Explanation of Knowledge, (5) Reasoning, (6) Systems Thinking, and (7) Control of Dialogue between systems and humans using Intelligent User Interface. The use of the method in systems allows them to be continuous self-organized and self-developing under uncertainty and to operate systemically and autonomously in diverse subject areas.