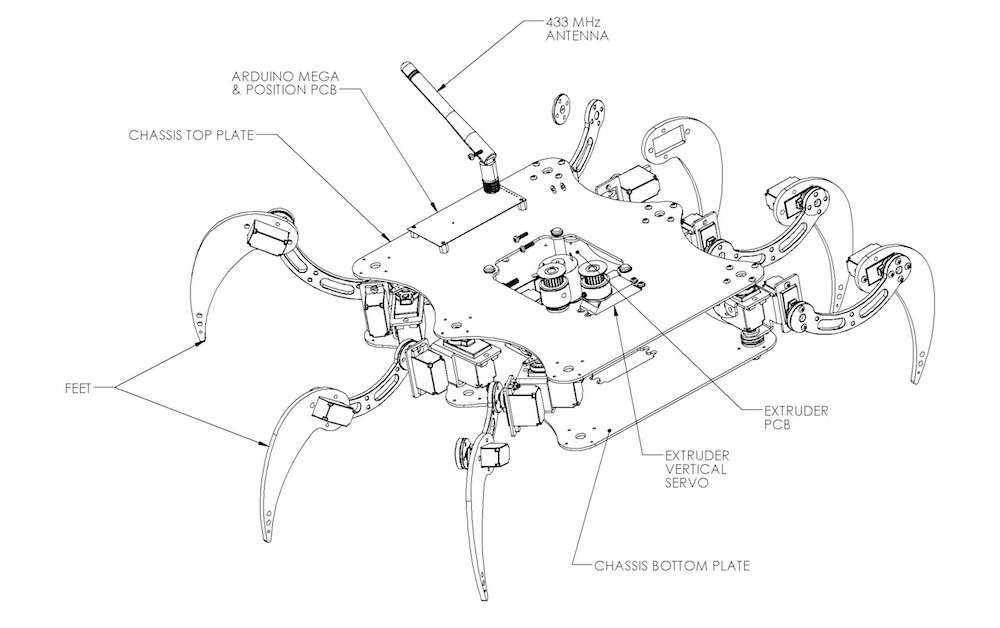 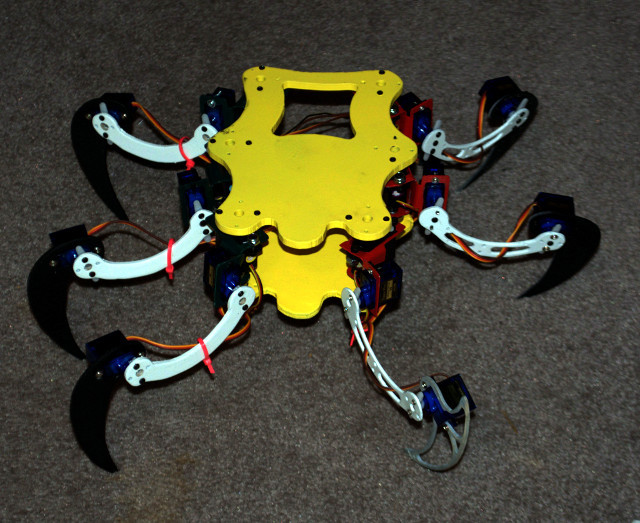 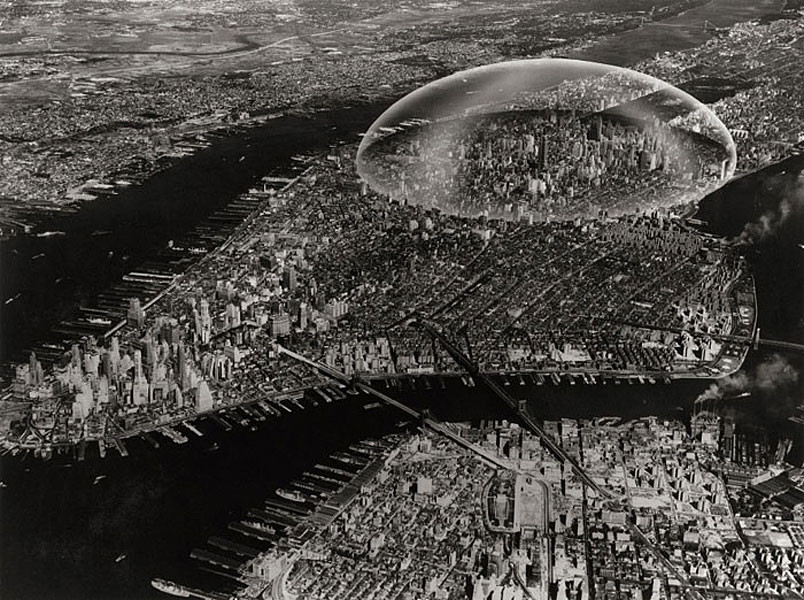 I’d like to present to you a concept that’s been cooking in my head for the past few decades. In R. Buckminster Fuller’s “critical path” he presents and illustration of Manhattan island with a huge geodesic dome covering much of the borough.

Bucky pointed to a number of reasons why such mega-structures are desirable. He was also quick to point out, however, the difficulties humanity would have building such structures using then-current construction technology.

Human construction technology remains mired in the past. We continue to build using traditional, waddle-and-daub, tinker-toy construction methodologies – only applying new materials as they’ve become available. Imagine the expense in resources required to build a dome over Manhattan one beam at a time... now imagine building a one kilometer sphere in space, one stick at a time, each lifted from Earth. We aren’t going to do it. That doesn’t mean, however, that we can’t build mega-structures. After pondering this question for decades, I’ve come to the conclusion that, to build big, we have to think small. . ..

Diatoms and Radiolaria have been making their own geodesic shells for over 500 million years. They secrete silica to form rigid frameworks to armor themselves or increase their apparent surface area for photosynthesis. These microscopic creatures secrete their structure – typically using a simple geometrical initiator, like a circle, triangle, hexagon, or some other simple geometric shape. If you perked up at the mention of an ‘initiator’, you probably suspect, now, where I’m going with this . . . fractals. In short, fractal constructions require an Initiator, a Generator, and a Rule (or Rules) of orientation. The project I’ve been working on for years (mostly as a design exercise, but it WAS a semi-finalist in the 2014 Hackaday Prize) is to create little open-source construction robots – I’ve been calling them BuckyBots – to build mega-structures.

A BuckyBot consists of a small 3D printer in which the print head has up to (maybe) 6 Degrees-of-Freedom. It makes a simple 3-dimensional fractal initiator, such as a tetrahedron, over and over, and over. That’s all it does – ever. It has the ability to climb, like a spider, onto and over the tetrahedrons it has already built to add another course to the structure. A central server wirelessly sends it (and its brothers) simple orientation rules so that it changes its orientation relative to previous “cells”. Eventually, by following simple rules, it will construct a closed shape – like a dome, or a box, or whatever 3-dimensional shape we fancy. It can build any stiffening interior structure as required. Multiple BuckyBots can work in concert to speed construction. They would work autonomously, requiring little supervision.