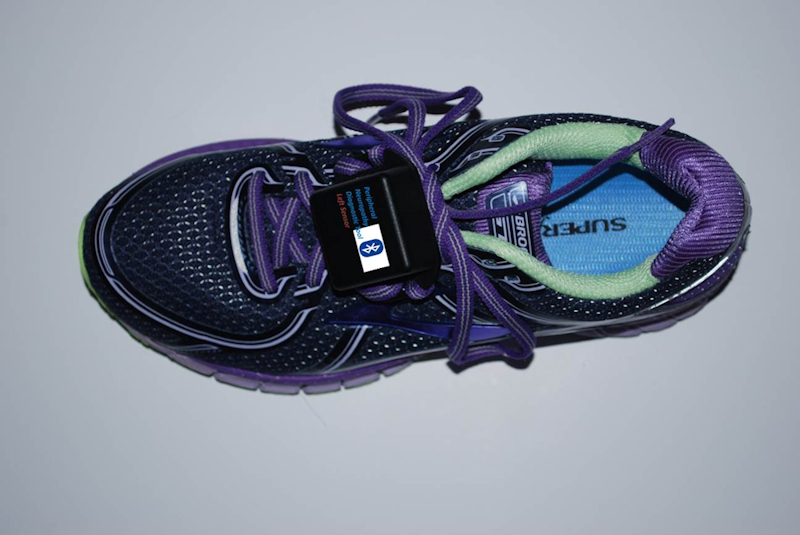 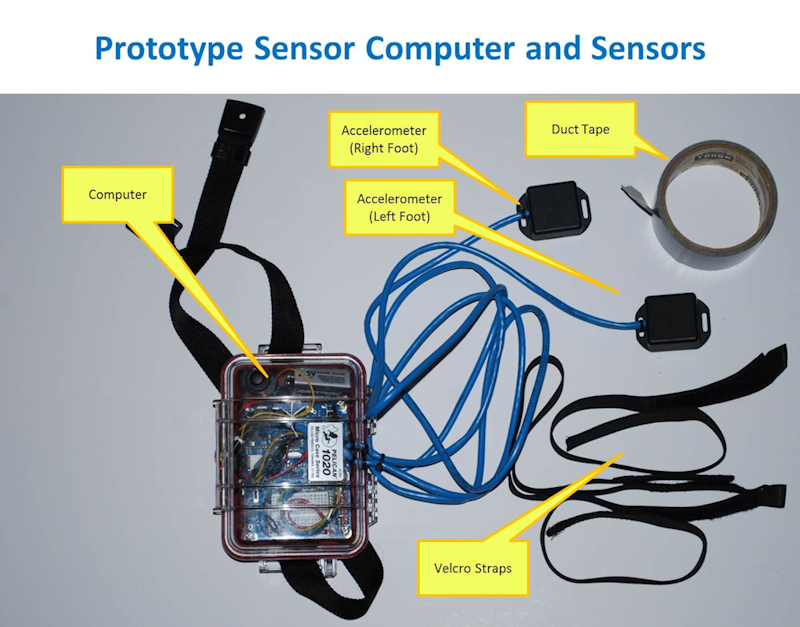 The Peripheral Neuropathy Diagnostic Aid is a shoe-mounted, wireless, dual sensor, three-axis accelerometer-based system to inexpensively supplement and contribute to standardized diagnostic testing of peripheral neuropathy. Preliminary investigations revealed a significant potential in successful application of the system in gait analysis and diagnosis. It also appears to have a high potential in sports performance enhancing applications.

Over 20 million people in the United States are estimated to some form of peripheral neuropathy, a condition involving damage or disease to the central nervous system. There are over 100 known causes, each with its own characteristic symptoms, development patterns, and prognosis, making diagnosis and development of a treatment plan difficult. They include systemic diseases such as diabetes, medication, and traumatic injury (National Institutes of Health, 17 April 2015). There are no standard diagnostic protocols, inclining physicians to sometimes order an expensive variety of tests with little clinical benefit, with preference over less expensive and more reliable tests (Yeager, David, August 2012).

A survey of literature conducted in 2015/2016 revealed substantial research in the use of accelerometers in gait analysis. In most cases, a single thoracic mounted accelerometer, sometimes paired with other sensors or cameras, was used in analyzing gait characteristics in a clinical setting. The use of accelerometers internal to Android devices was also studied and compared to other techniques. In at least one case, “Portable, Inexpensive and Unobtrusive Accelerometer-based Geriatric Gait Analysis” (University of Virginia, 2007), a four accelerometer system was implemented, using left and right ankle sensors augmented by a single wrist and sacrum sensor.

Based on the results of that survey, a shoe-mounted, wireless, dual-sensor, blue-tooth based system, using a smart tablet device for computation and display of data and results would be sufficiently unique. Such a system appears to offer a simpler and less expensive alternative in the diagnosis of peripheral neuropathy. It also appears to offer additional capabilities in assessing sporting performance.

A prototype was constructed using a commercially available microcontroller providing regulated power using a nine-volt battery. Inexpensive, three-axis accelerometers with enclosures were connected using a power and signal wiring harness and sampled at 50Hz. An SD memory card provided data storage and transfer. The sensor and memory management firmware were open-source, requiring only interface and operational code. Data normalization, filtering and analysis were accomplished using Excel on a PC. Results were positive. Even the simple vector-magnitude, time-averaged, cumulative calculations were able to readily detect the induced gait asymmetry in the test subject. Encouraging results were also obtained from exercises resolving determination of gait characteristics based on acquired data.

Manufacture and production of the sensor hardware could be reasonably and cheaply accomplished by simplification of the design to two shoe-mounted, wireless devices. Each would contain a microcontroller with Bluetooth capability, a three-axis accelerometer, a battery and a charging circuit using a standard USB charging interface. A master/ slave configuration, connecting to an external tablet via Bluetooth that would provide configuration, data storage, analysis, and display capability.