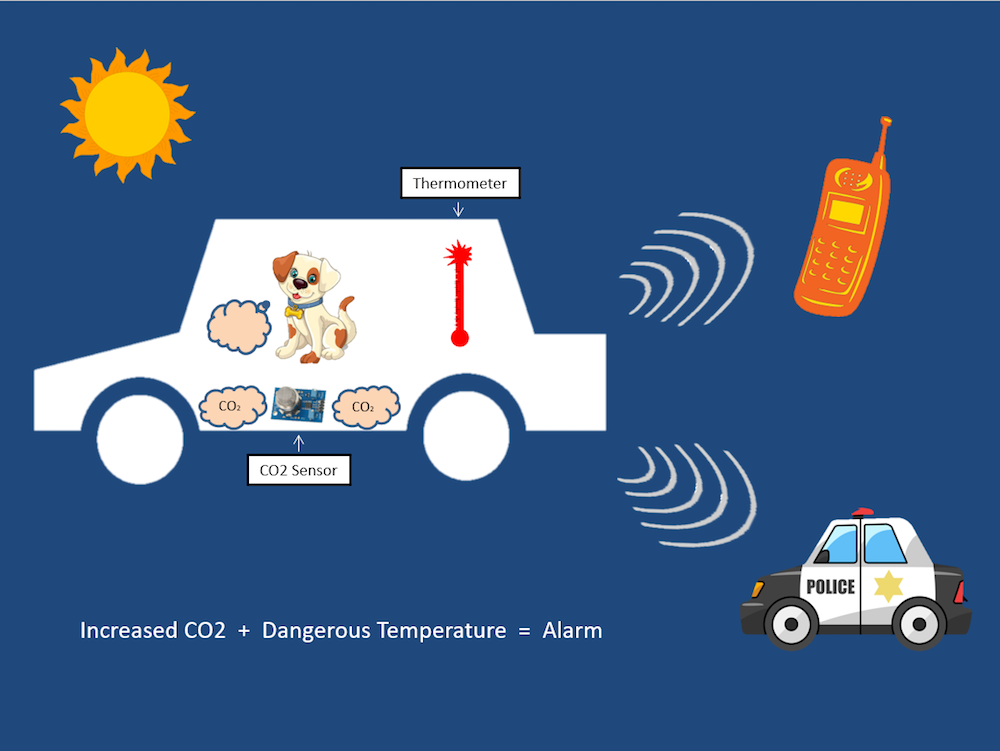 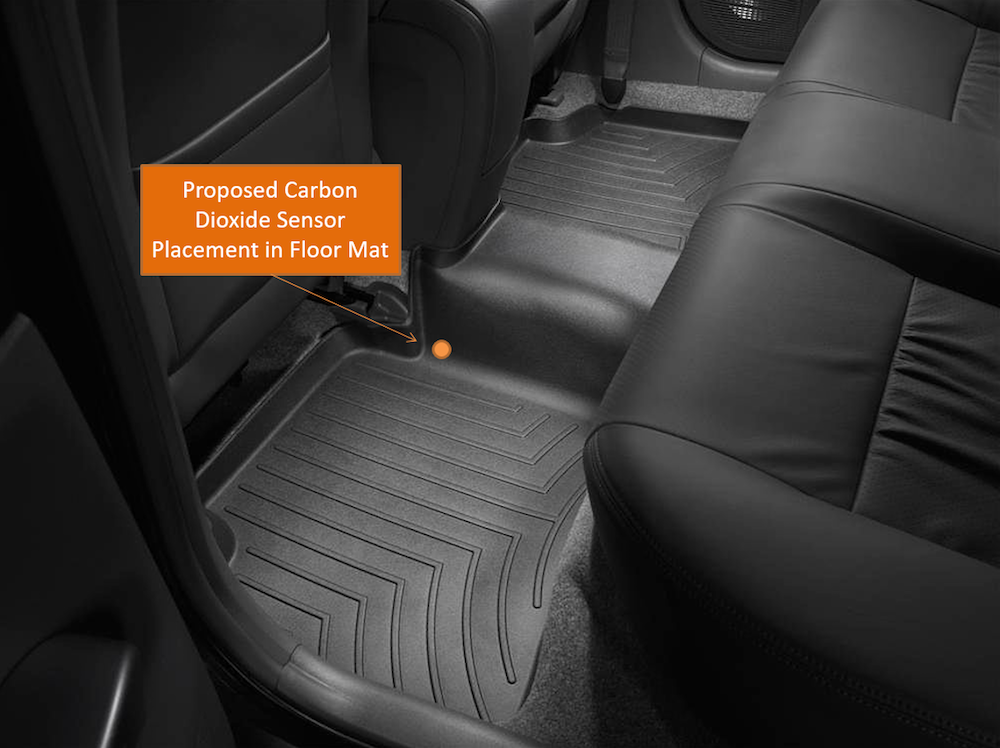 Each year, approximately 37 children and hundreds of pets die in the United States from being left inside vehicles on warm days [NBC]. These tragedies are not intentional and usually result from a child falling asleep in the back seat, and parents forgetting their child is asleep. Inside a car, temperatures can rise rapidly. In 70°F weather, the temperature inside a vehicle can reach 90°F within 10 minutes [CNN]. Currently, there are few systems on the market to help combat this problem. Most of these are detection devices based on weight sensors or seat belts that trigger an alarm if the driver leaves the automobile with a child still inside. In many cases, the children don’t sit in the seat where the weight or seat belt sensors can detect them. In addition, these devices won’t detect pets that aren’t in car seats. Other systems use motion sensors; however, most hyperthermia victims are unconscious and cannot trigger a motion sensor. This proposal highlights a more effective detection method: carbon dioxide sensors.

Whether a victim is conscious or unconscious, they will be breathing. When we breathe, we inhale oxygen and exhale carbon dioxide. Carbon dioxide is more dense than oxygen, meaning it sinks to the bottom of its container, in this case, the floor of the car. Preliminary testing of subjects sitting in vehicles shows exponential buildup of carbon dioxide near the floors. CO2 buildup is still seen if the car’s windows are open. Children, pets, and adults sitting in a closed vehicle in an air conditioned garage were used for this preliminary testing. Carbon dioxide sensors resting on the floor of the vehicle took readings every minute. Within minutes, CO2 levels spiked.

The proposal is to create a new detection system that will alarm if two criteria are met: significant increase in carbon dioxide in the vehicle and dangerously high vehicle temperature. A prototype of the new detection system has successfully sent a text message to a preprogrammed number when both conditions were met.

This technology would be implemented in two phases: first as an add-on product, then as a built-in feature. The add-on product is an after-market floor mat embedded with the CO2 detection and alert system. The floor mat is intended to replace existing floor mats and be capable of sensing CO2 build-up and elevated temperatures. Then, it transmits alerts to a multitude of designated recipients, including emergency responders, and sounds the car's alarm system. The built-in feature would be similar but come standard with the vehicle. Most new vehicles are already equipped with transmitting capabilities and sensors, so this would be a simple addition.

While these situations are tragic and shouldn’t occur in the first place, this technology could help prevent future lives from being lost.