Improving Efficiency of Solar Cells at the Small Scale 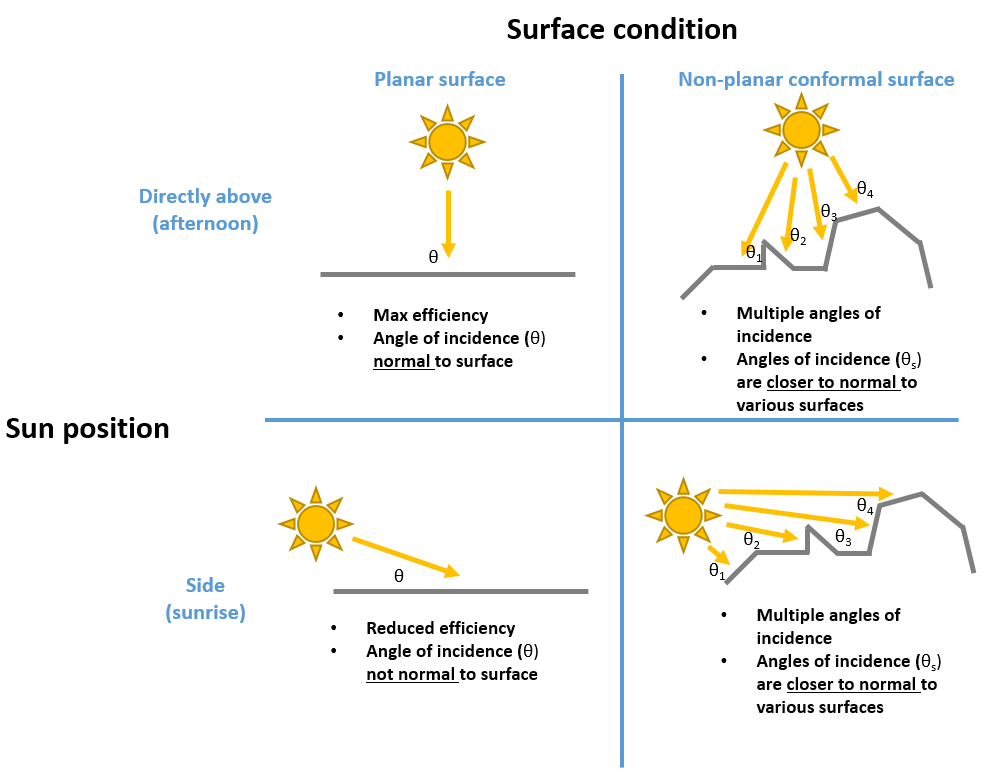 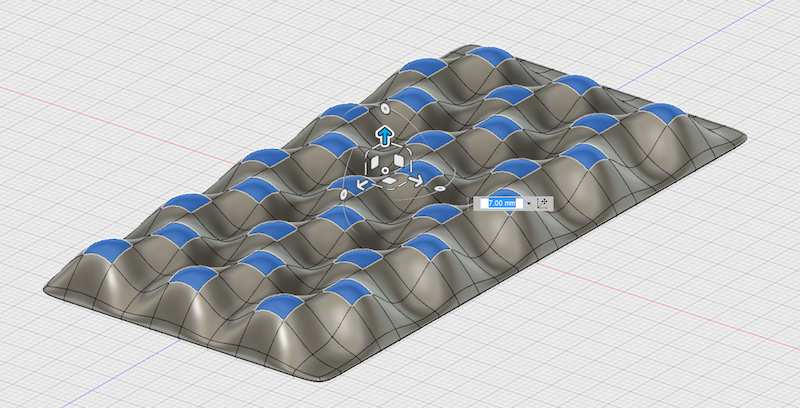 This innovation relates to the modification of the surface of solar panels to increase the efficiency. In essence, this technology will make use of flexible solar cells that can be made to conform to other than a planar surface. In this way, even if no optimal orientation at 90 degrees from the solar radiation angle, still higher efficiency can be obtained. This concept shares some similarities with a technique used in materials characterization called x-ray diffraction. In this technique, a powdered material is subjected to x-ray radiation and as the x-rays diffract they permit the identification of phases due to the orientation of crystals in the material. The randomized nature of the crystals in the powdered material give rise to a multitude of peaks, rather than a single one which will indicate a single crystal structure in a planar surface. Taking this concept for the presented innovation means that as the surface of a solar panel is made grainy rather than planar, at any given time the average angle of incidence for the many surfaces is closer to 90 degrees versus a traditional planar surface on the solar panel. This inherently increases the efficiency. Although there are now solar arrays that orient to face the sun throughout the day to achieve maximum energy capture, this innovation is more suited for use in static and planar floors where orientation adjustments are not feasible.