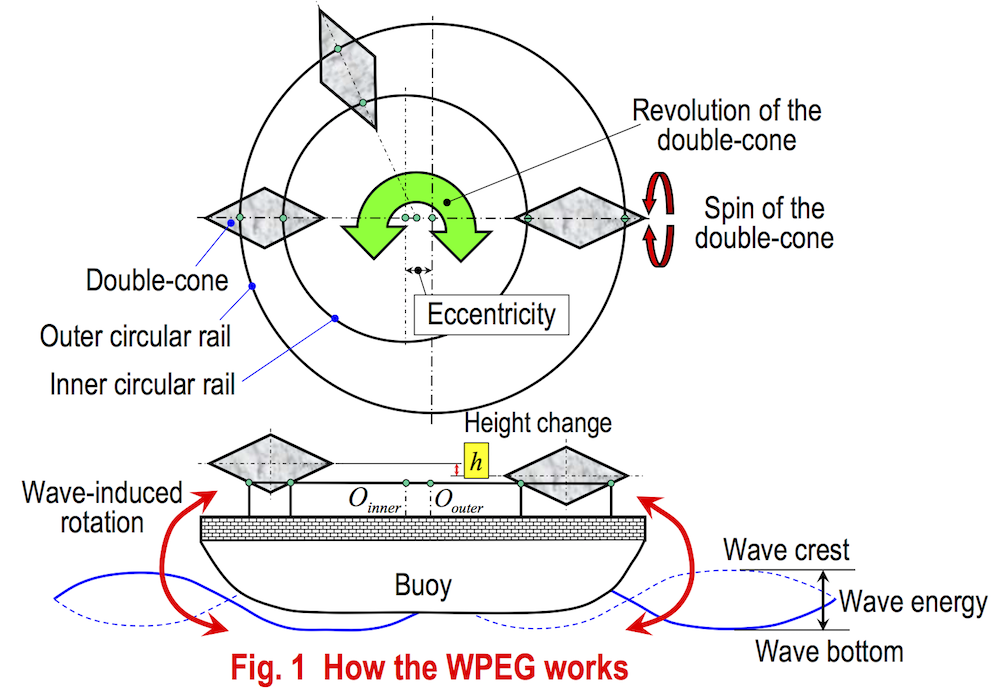 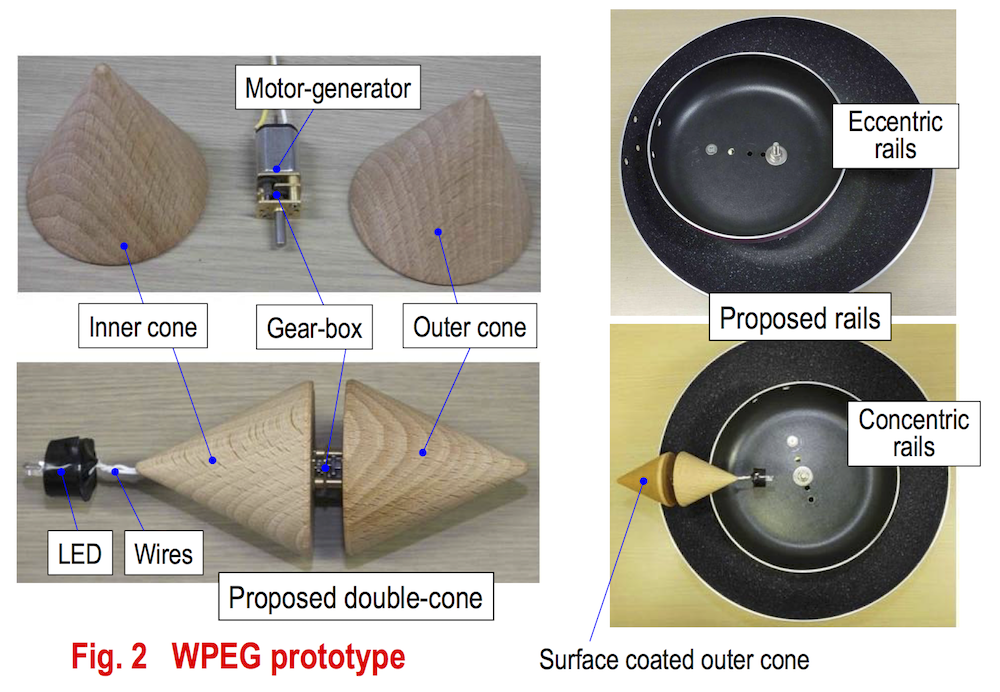 A wave-powered electrical generator (WPEG) of novel design is proposed. WPEG operates by harnessing energy from the water waves, i.e., from an environmentally friendly source of energy. Briefly, WPEG consists of a geared motor-generator, accommodated by a double-cone, which is rolling on two eccentric circular rails. Eccentricity causes a divergent-convergent effect on the rails span (Fig. 1). During a motion toward divergent rails, potential energy of the double-cone is transformed into the kinetic energy of rotation and translation, i.e., into the energy associated to the “spin” of the double-cone around its axis of symmetry, and to the “revolution” of the double-cone around the center of the rails (Fig. 1). During a motion toward convergent rails, oppositely, the kinetic energy (re)transforms into the potential energy. Spontaneous variation of potential energy is proportional to the mass of the double-cone, the gravitational acceleration, and the height change “h” (Fig. 1). Movement of the double-cone can be sustained if water energy, e.g., sea or ocean wave energy, is supplied from time to time into the system.