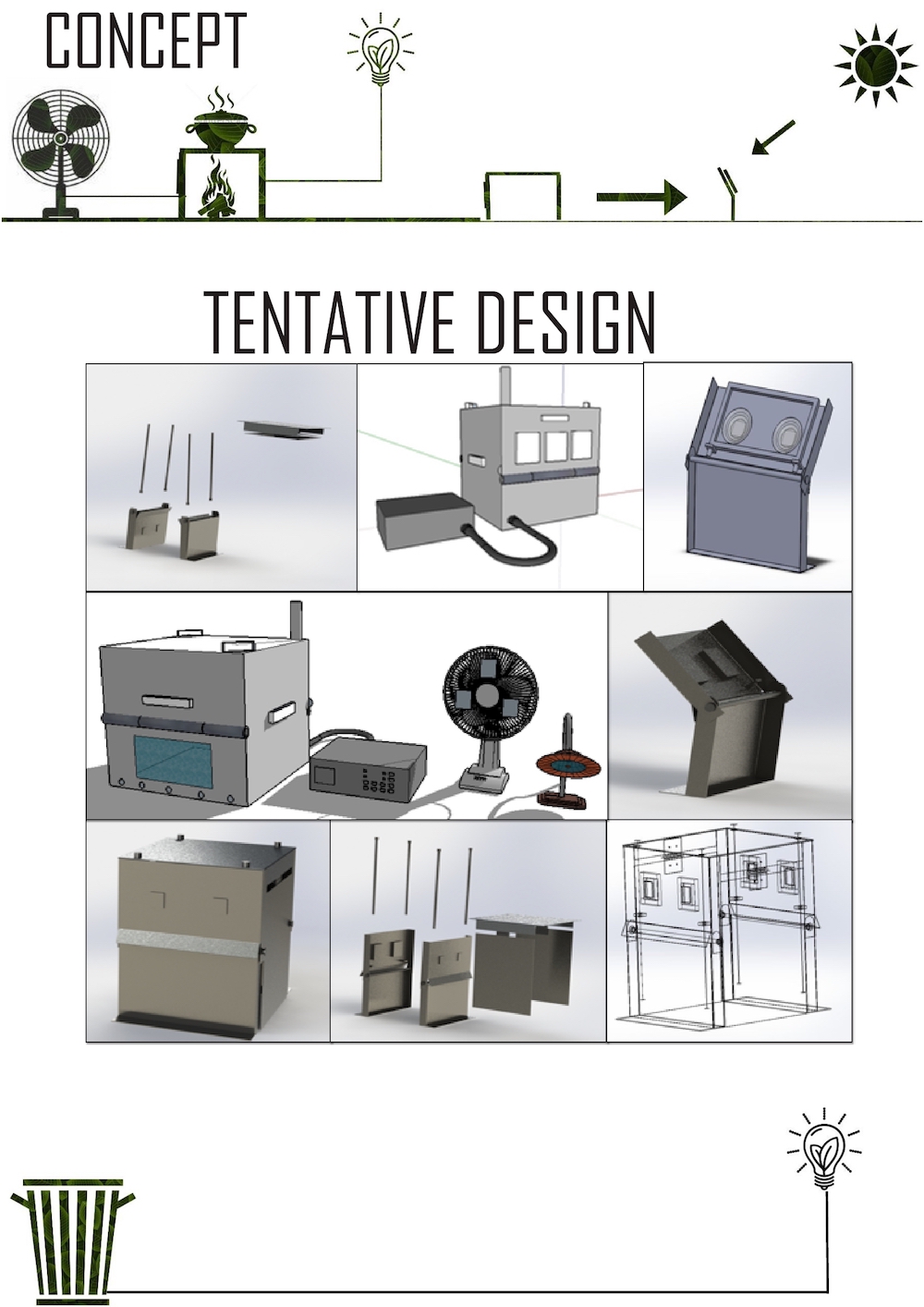 USA alone produces 254 million tons of trash and only 34.3 % percent of that is recycled. Maximum amount of the trash is dumped in Landfills, of which only few are left and that too with a life of 5-10 years. Moreover, in USA, people living below the 50% poverty level are required to pay more than 35% of their annual income for their energy bills on an average. Moreover, on a larger scale According to "ACTION4ENERGY," a United Nations Development Programme, about 1.3 billion people worldwide live without electricity. There are also 3 billion people living without clean cooking facilities i.e. cooking in open fire wood stove, out of which more than 4.3 million people have already died due to the indoor pollution created by it. The target population are the communities/Individuals dealing with these number of problems. This Project targets and addresses each of these mentioned problems of energy inequality, waste management, energy scarcity, indoor pollution. It aims to create electricity from waste heat generated from incinerating garbage in portable thermoelectricity generating incinerator (PTGI) without generating pollution. These PTGIs can be of variable sizes depending upon the requirement of the electricity. They can be used for small village/town to produce their own electricity from the garbage collected in their town. Also, Dustbins can be designed with the same concept which can help to charge mobile phones/laptops on the go. Moreover, after a bit of Research & Development(R&D) the exhaust gas can be used for other better purposes for e.g. Use the CO2 (one of exhaust gas) for a Soda fountain. Here, the Seebeck effect is the scientific principle behind the conversion of solar & waste heat into electricity, no solar cells are used for the conversion of solar heat into electricity. Also for pollution prevention Catalytic Combustors will be used which will decrease the pollution up to 95% and after R&D better pollution prevention method can be implemented.

This projected can be targeted to various different sectors like Government agencies & NGOs working in the field of energy equality, waste management & poverty alleviation; Energy providing Companies; Waste management Companies; Military etc. People in the world who are still devoid of electricity and also those who cook their food in an open fire stove can use this project for electricity production from waste heat generated during their cooking process and also through solar heat. These people will be provided with the smaller version of the unit which they can keep in their houses and also cook their food on it. They can use coal, wood & even garbage for their cooking process. This project can solve problem of population suffering from indoor air pollution & electricity scarcity living mostly in Developing Countries. Also it will help the Developed Countries to fight the problem of waste management and energy inequality as it provides cheaper energy production alternative. This Project can help the SMART CITIES to be Futuristic and CREATE THE FUTURE for the POOR CITIES.