Water: The Next Fuel 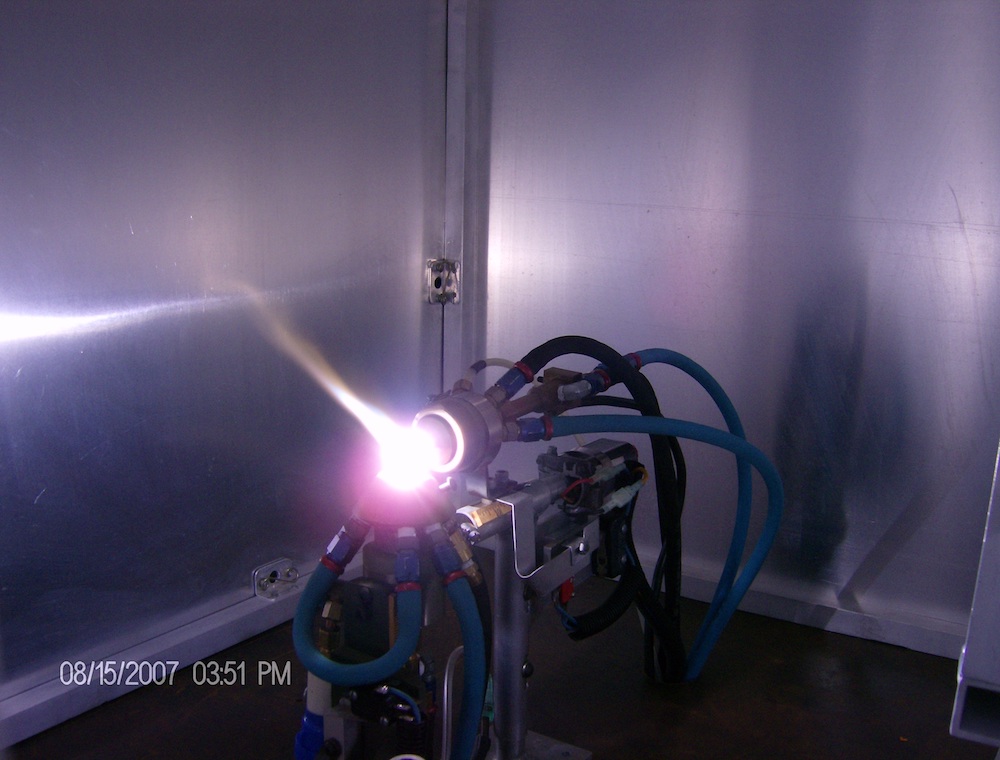 Innovative
Solution: An unprecedented development reveals a method that creates heat inexpensively by efficiently releasing the energy stored within water molecules. Water as a fuel presents a readily abundant, low cost source of heat energy. This heat, when used to power a steam turbine generator, produces electricity, without the environmental hazards and operational complications (obtaining, handling and delivering, for example) of using carbon-based or nuclear fuels.

Our laboratory unit demonstrates this remarkable thermal plasma-based process; it is an Ionized Gas Reactor (IGR). Early development of this patented and patent pending process shows that feeding a small amount of water (a mere 0.2 grams) into the core of the IGR plasma significantly increases the chamber exhaust temperature: by seven percent. Modifying input parameters (such as water flow rates, IGR power input, and the like) immediately and dramatically illustrates the ability to control the amount of additional heat generated.

Manufacturing: While sophisticated in its operation, the IGR is quite basic in its design, and all parts can be constructed using current technology, and at a reasonable cost. This, plus the benefits of scalability and improved efficiency, offer attractive opportunities to industrial burner manufacturers, both US-based and internationally.

The Energy Information Agency (EIA) reports well over 18,000 power generating plants in operation in the United States. The overwhelming majority are candidates for the adoption of IGR technology. Current facilities already possess the ability to use heat to generate electricity. The only change necessary to provide a clean sustainable facility is to replace the current heat source with IGR technology.

Additional savings accrue through the elimination of fuel preparation, along with the eradication of carbon effluent and nuclear waste treatment and storage.

IGR devices can be manufactured to provide the electricity to power an entire industrial, commercial or residential complex – such as a high-rise apartment building, hospital or school – and is safe enough to place in proximity to populations.

Wind, solar, and geothermal are complementary energy sources, but they cannot begin to replace the heat energy produced by carbon combustion and nuclear reaction around the globe. The IGR and water have the potential to replace existing sources, bringing clean low cost electricity to people all over the world, while positively affecting climate change. Making heat has been key to human development for centuries. Now add water to the list of fuels that can provide clean sustainable heat.