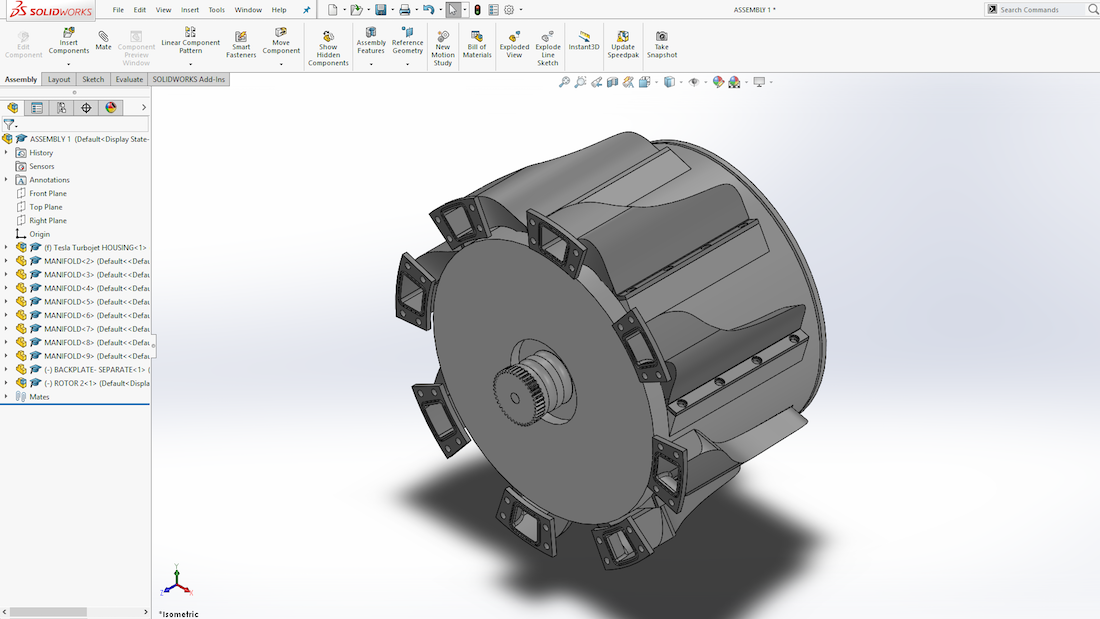 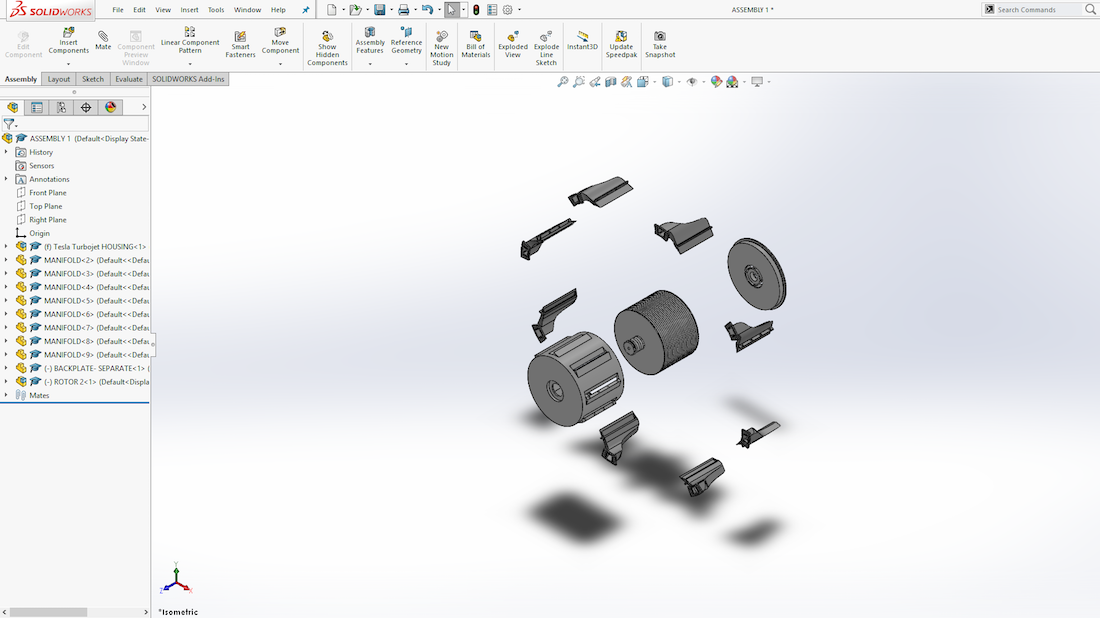 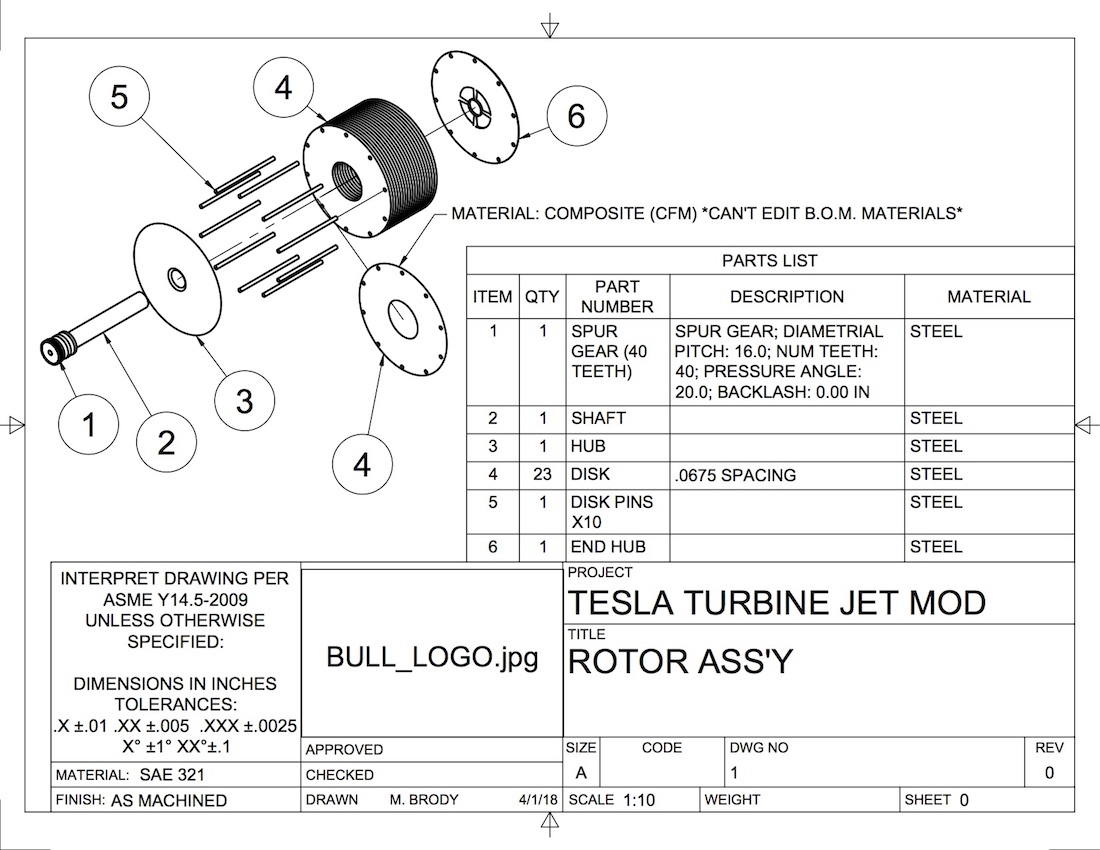 An efficient, geared turbofan jet engine with reduced complexity and cost compared to conventional alternatives. I have talked with experienced technicians, as well as done some extensive research on the technologies involved, and have revised this concept over the past year and a half. As modeled, it is not 100% ready for commercial use, but it is easily modifiable by willing and able manufacturers in the aerospace industry to fit existing engines and components.

This designed system is a replacement for the dual exhaust stages of traditional axial flow jet engines with a single stage, high RPM optimized turbine called a Tesla Turbine. This 105 year old design never quite went mainstream due to its tendency to dangerously warp when constructed from steel. However, this revision entails the use of new and advanced composites that resist warping, allowing the turbine to operate at higher RPM ranges for longer. It is also more efficient in this variant due to the multiple inlet nozzles (8 in total, angled 15° inward of tangential). It is also made of disks, meaning less moving parts than a bladed turbine. Disks are also easier to manufacture, reducing the cost even further. By using the boundary layer effect (also called the Cohesion layer effect), this turbine efficiently extracts energy from fluids flowing between the disks' surfaces, allowing for energy to be extracted swiftly in one stage, further reducing weight, space consumption, and complexity.

This system is not designed specifically for large jet engines, but is instead optimized for medium-sized turbofan and turboprop applications. At larger sizes, warping may continue to be an issue, but the efficiency of the system, if proven and developed especially for larger system applications (such that warping can be circumvented), could provide a fuel-efficient efficient upgrade for vehicles such as the Airbus A380 and Boeing 777, among others. This could undoubtedly save airlines hundreds of thousands, possibly even millions of dollars on fuel.

When connected to a compound gearbox, this turbine can operate at peak efficiencies while running the turbofan and compressor stage of commercially available turbines. The Tesla turbine has low torque output, but up to 60%+ mechanical efficiency under load when properly tuned, hence why a gearbox is a necessity.