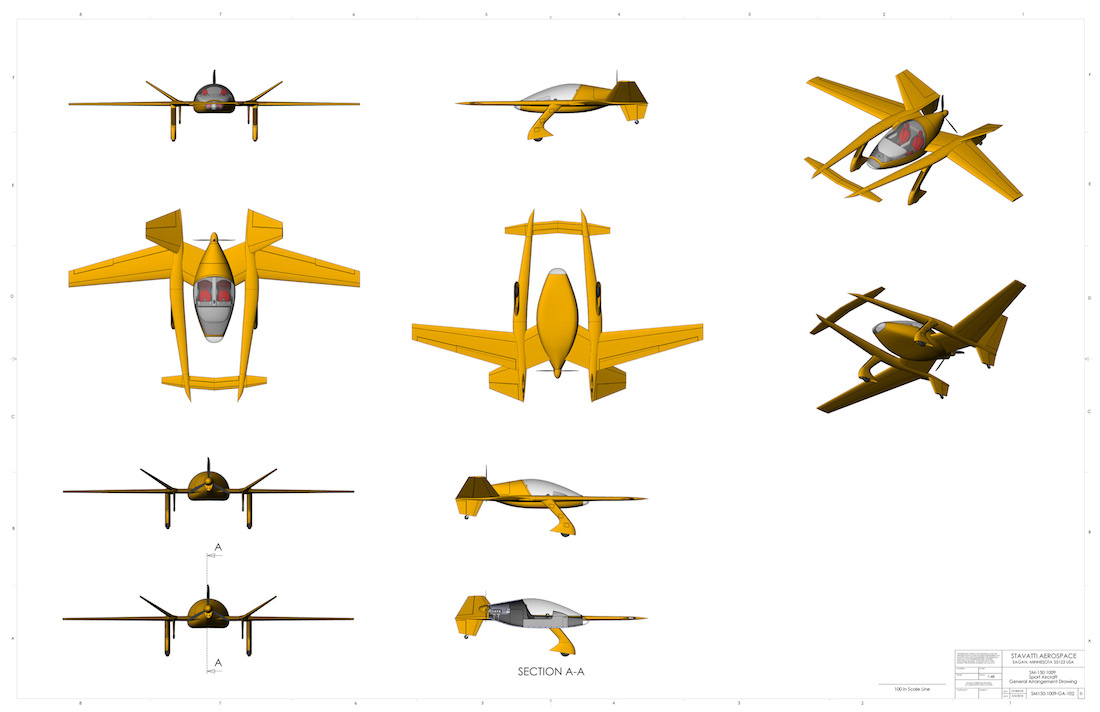 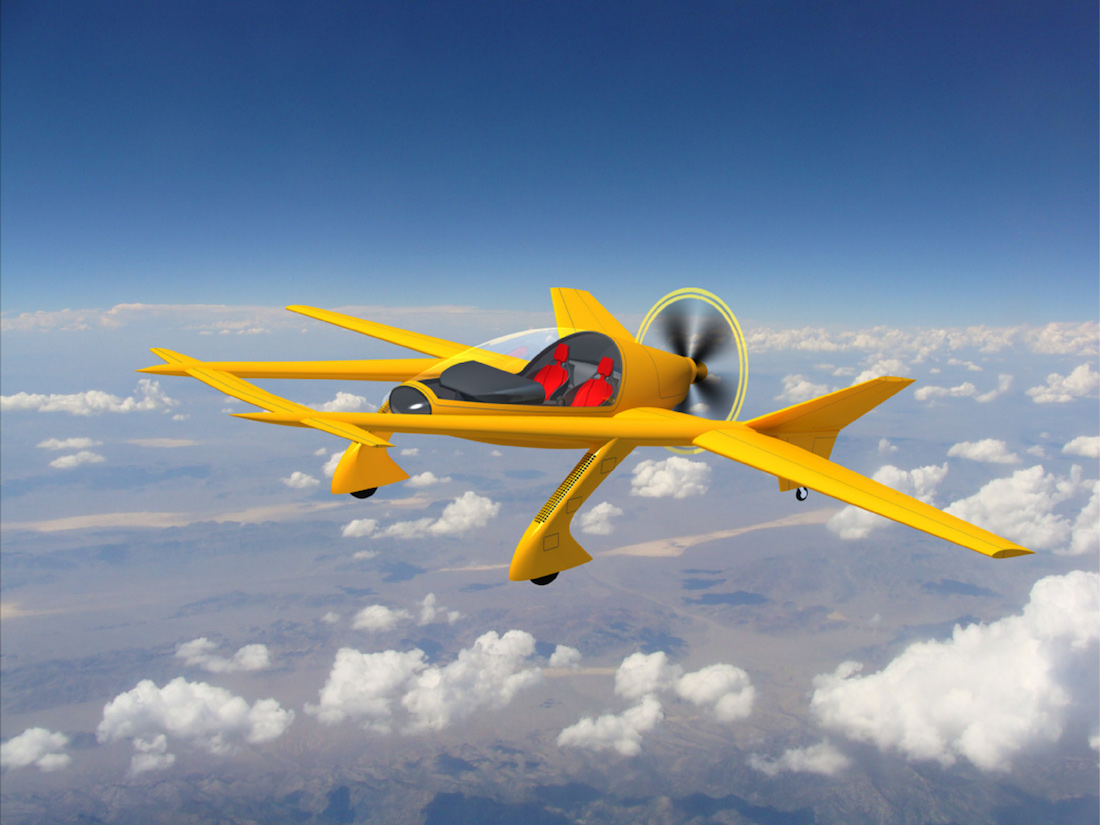 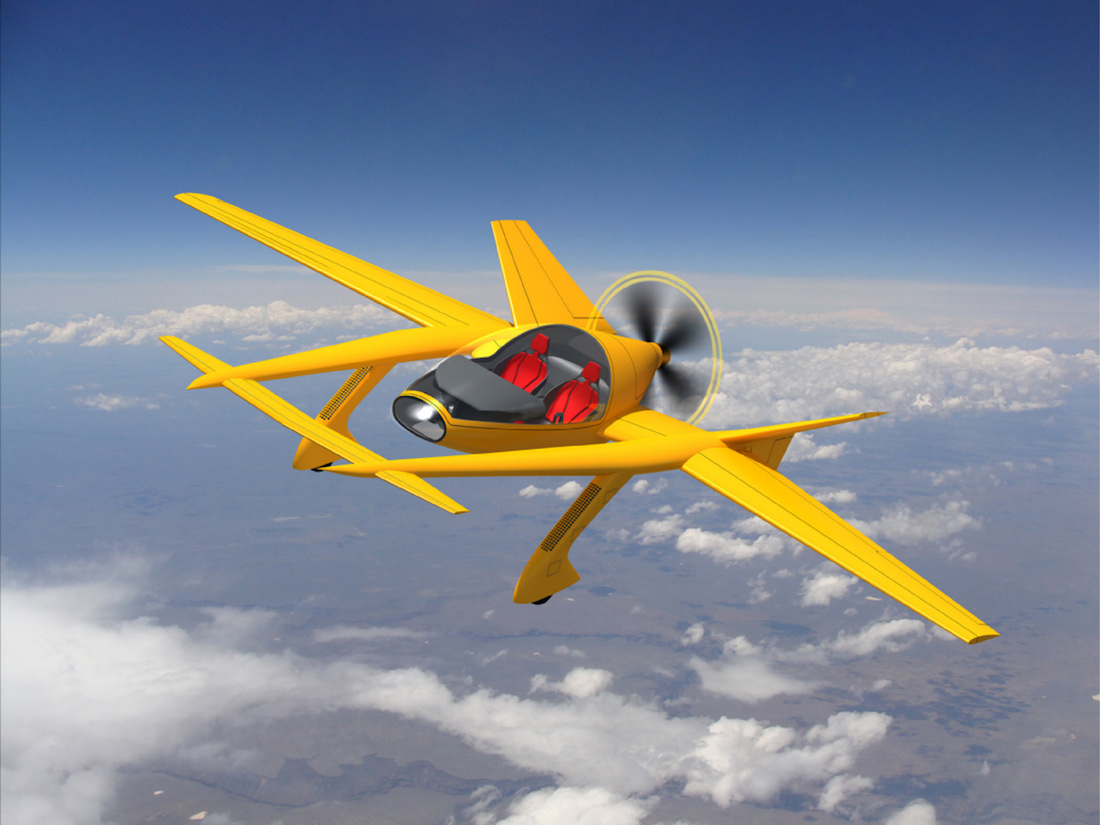 The future will be an exciting place. The SM-150 will enhance the excitement. A Sport Aircraft for a new era, the SM-150 looks like an aircraft of tomorrow because it is. It’s a stylish, next generation sportplane that will be affordable to the general public. It is the type of aircraft that will inspire people from all walks of life to become pilots. It will appeal to tomorrow's generation while still exciting seasoned pilots of all ages.

Anyone who loves science fiction developed certain expectations. The SM-150 is about fulfilling them. For some it will be the closest they will ever get to flying a spacecraft. To others, it will be the first step. It’s about living in a time in which form and function are molded with advanced technology to result in a man-machine interface that is beyond this world. The SM-150 has the “Star-Wars” feel. It’s indicative of a world of starships, lightspeed, hovercars and a golden age of true hope and prosperity.

The SM-150 is a reinvention of the personal airplane. Combining advanced technology with automotive industry standards of comfort, reliability and affordability, the SM-150 will be no more difficult or expensive to own and maintain than an automobile. With performance that will outpace the competition, the SM-150 is designed for quantity mass production at levels not seen in the aircraft industry since the 1940s. A next generation sport aircraft now under development by Stavatti, the SM-150 is a “21st Century Piper Cub” designed to serve as a modern equivalent to the Piper J-3, Cessna 150, Luscombe Silvaire, Erco Ercoupe, and other classic two seat sportplanes.

The SM-150 is the embodiment of a host of desires brought to life in a single, eloquent package. A two seat aircraft, the SM-150 features crashworthy sport-seats placed side-by-side within a 60 in wide cabin. With a wide-area clamshell canopy the SM-150 will provide excellent forward visibility. A three-surface aircraft, the SM-150 has forward swept wings, canard foreplanes, twin V-tails and inverted vertical stabilizers. Constructed from advanced aluminum foam metal sandwich materials, the SM-150 is designed for mass production. Powered by a new design 100 hp aero-diesel designed and manufactured in Switzerland, the SM-150 will have the lowest specific fuel consumption of any production light aircraft. Stavatti will also produce the electric SM-150E driven by a 100 hp electric motor and a high energy density 107 kW/H Lithium Silicon-Graphene battery developed and manufactured with a Stavatti Industry Partner.

With a sporty interior, a dynamic smart glass panel, the latest avionics and a sound dampening cockpit, the SM-150 is state-of-the-art. The SM-150 will cruise at 125 Knots and have exceptional climb and short-field performance. An economically friendly aircraft, the SM-150 will have competitive gas mileage and low overall operating costs. Sold at a base price of $85,000, the SM-150 will be affordable for over 75% of all domestic private pilots, as well as millions of persons who would like to become pilots.