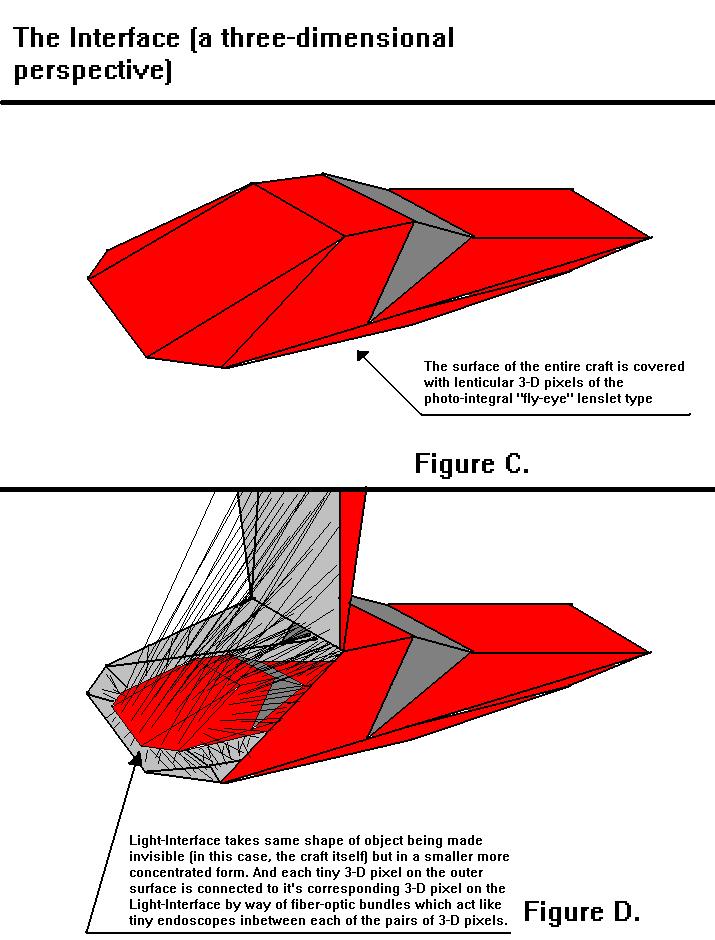 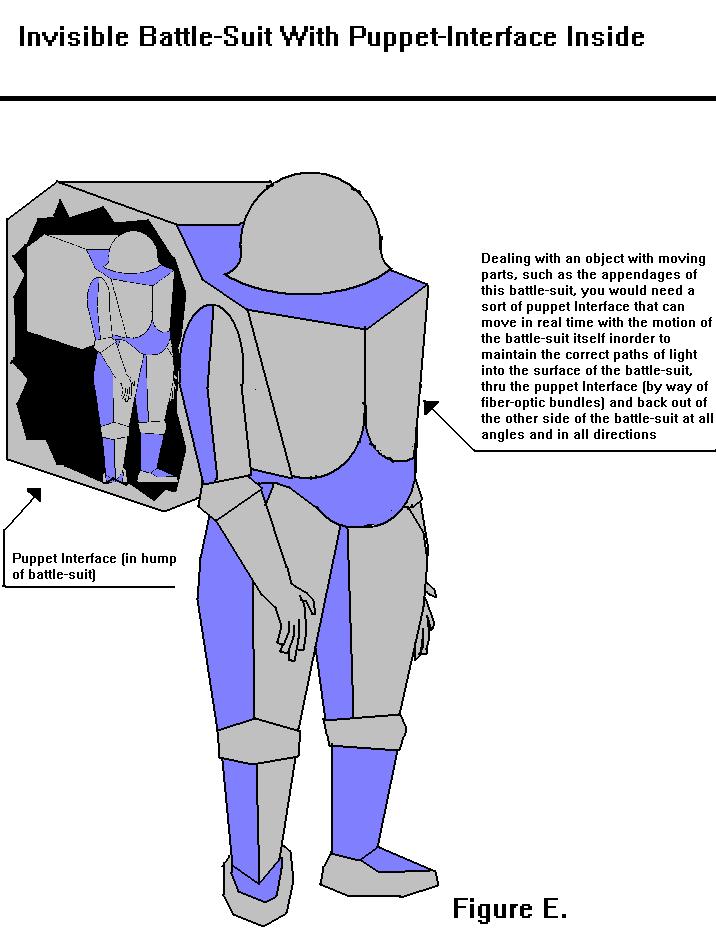 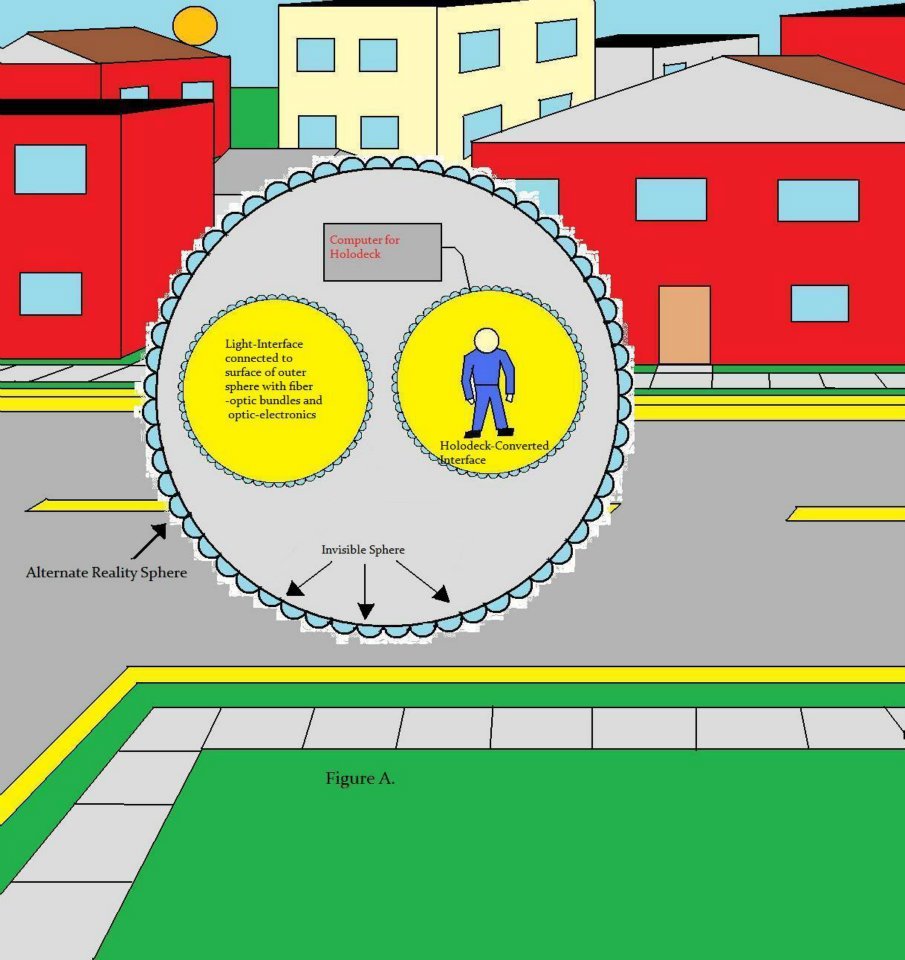 My Light-Interface concept simply takes the same shape as the space that an object is resting in, but in a concentrated form while being modified light field " fly-eye" optically connected to the outer surface of the object with opto-electronic, creating a pinched-off visual reality to exist within the expanded space in between the outside world and the floating intersecting web of light of that point of reality existing inside the Light-Interface itself.

There are three types of Light-Interface Systems:

1. The first diagram is of a fixed interface ( no moving parts)

2. The second diagram is a movable puppet interface ( with moving appendages to allow the freely-floating web of light to adjust thru the moving puppet interface to find its way back out correctly).

3. The last diagram is a dual Light-Interface in the form of what I call my Artificial Parallel Reality Orb, or APRO for short.

All Light-Interface Systems have invisibility as their primary feature with some degree of the holodeck incorporated.

The APRO is equal parts invisibility and holodeck.

My two concepts; the 3-D Pixel Unit, which is an expansion of an input and output light signal at the same angles thru a length of fiber-optic bundle between two modified 3-D light-field pixels at both ends, allows the correct transmission of the continuation of the same angle of light coming in and going out so long as both 3-D pixels are positioned on the outer surface of Light-Interface System and the surfaces of the Light-Interface itself inside in concentrated form.

The 3-D Pixel Unit follows a rigid light-path orientation, but allows a Light-Interface to be completely adaptable in its most wide-ranging application as a puppet-interface within a proposed invisible battle-suit ( third diagram) that allows the freely-floating intersecting web of light within the puppet-interface to mimic a hard-wired one-to-many fiber-optic wire 3-D pixel to every other 3-D pixel within its line of sight solution with a one-to-one fiber-optic bundle correspondence between counterpart modified light-field 3-D pixels on the surface of the outer object and the interface inside that I call a modified light-field 3-D Pixel Unit.

The physics of the 3-D Pixel Unit and the physics of a series of them ( used in parallel) in a Light-Interface System are both complimentary functions of the natural, basic, vastly simpler form of making an object invisible, invisible with moving part, while producing a holodeck of the outside environment as light makes its way thru the system to create the state of invisibility in the first place.

You can look on YouTube for videos of my low-tech geometric proof of my Light-Interface concept is the form of my original Lenticular Box that displays the exact, geometric inverse relationship between invisibility and holodecks at the low-tech end of the technological spectrum.

The Light-Interface is high-tech and televisual, the Lenticular Box is low-tech and merely photographic in construction.