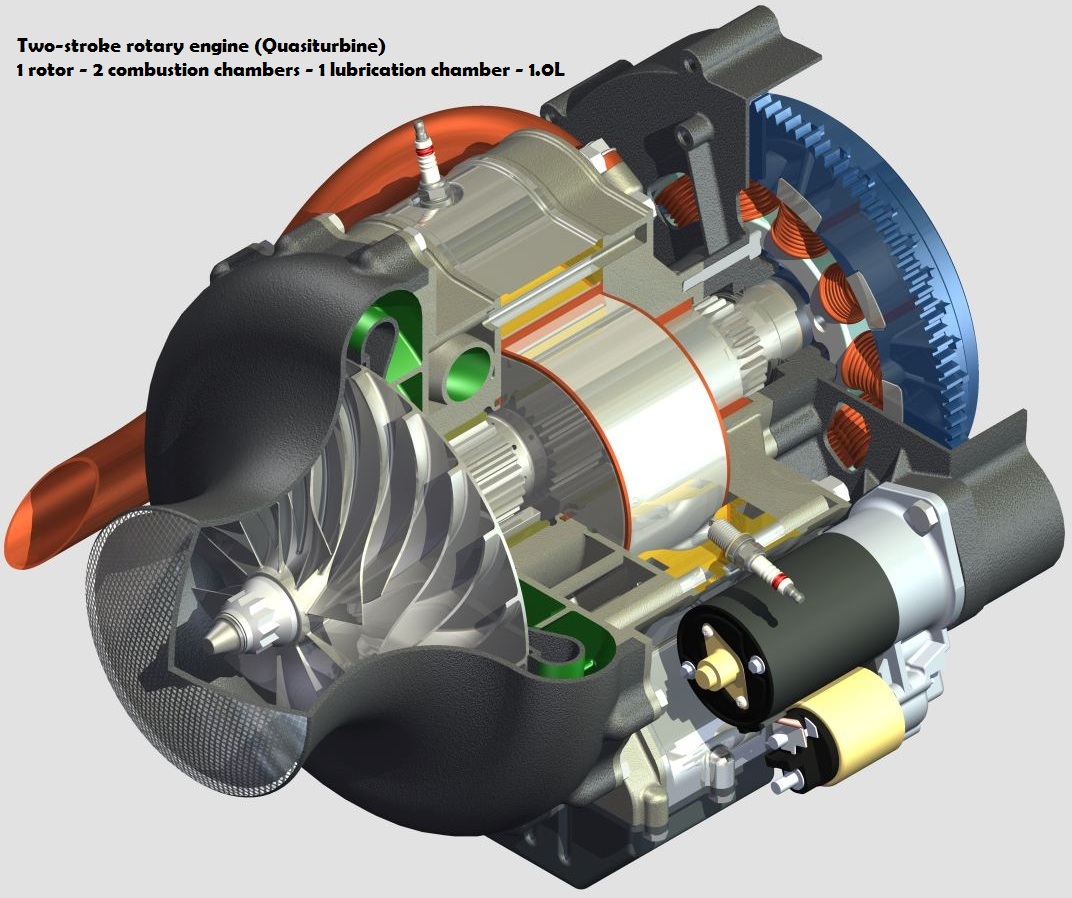 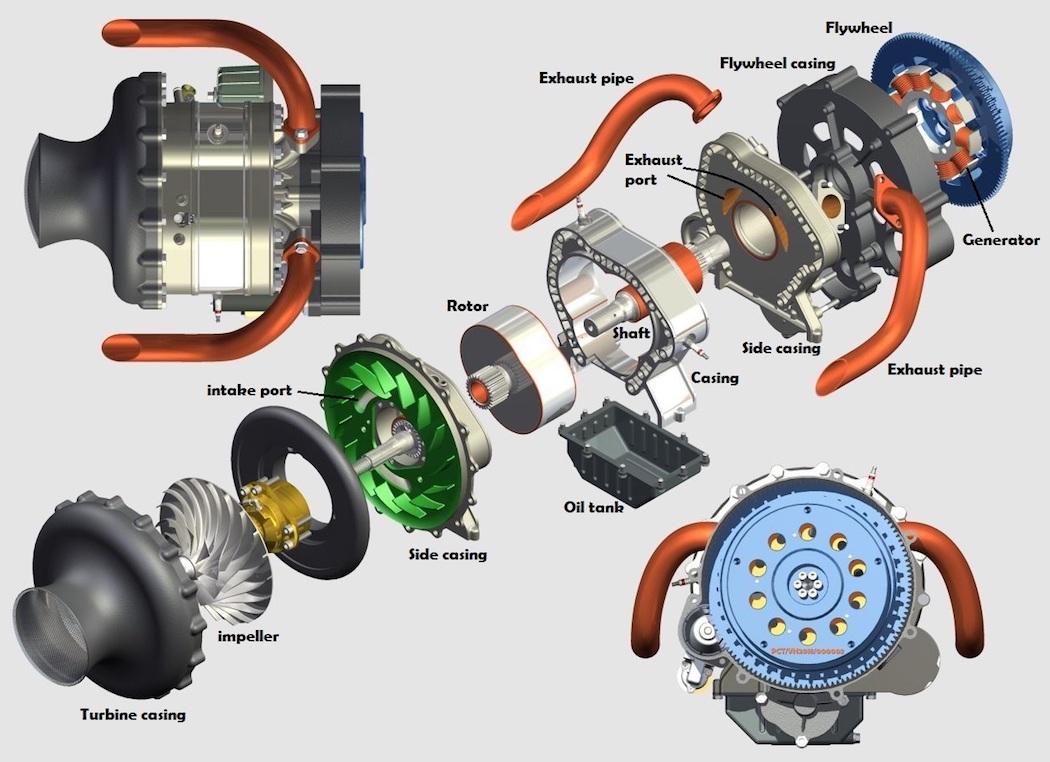 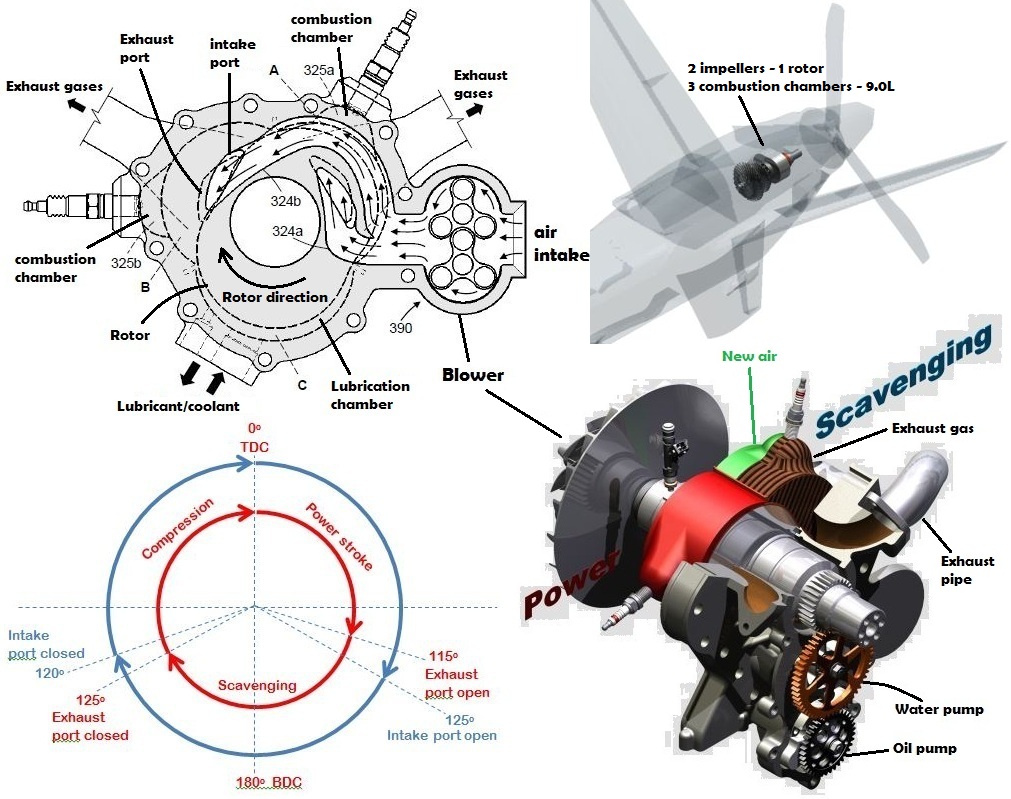 At present and in the future, flying vehicles (as well as drones) will flourish. They needs compact and powerful engines, friendly to the environment. Four-stroke engines as well as turbine engines are not suitable. This engine will replace those engines.

Technical
The Wankel engine does not have a separate lubrication chamber. The lubricant is mixed with fuel and injected directly into the combustion chamber. As a result, poor lubrication, reduced quality of exhaust, less durable. Turbine engines are low efficiency when small in size, very high production techniques, high maintenance costs. Therefore, expensive price, not good for small application.

This engine solves the above problems. Each rotor when combined with the body will create three chambers. Two chambers are used to make the combustion chamber, the other chamber is used for lubrication. Inlet and outlet are arranged on two side bodies. These doors are opened/closed by the rotor.

Applications
With the advantages: compact, large power, durability.
It can be used in drones, hybrid cars, speed boats, small planes ...
The engine is good support for electric motors in hybrid cars, and electric planes.