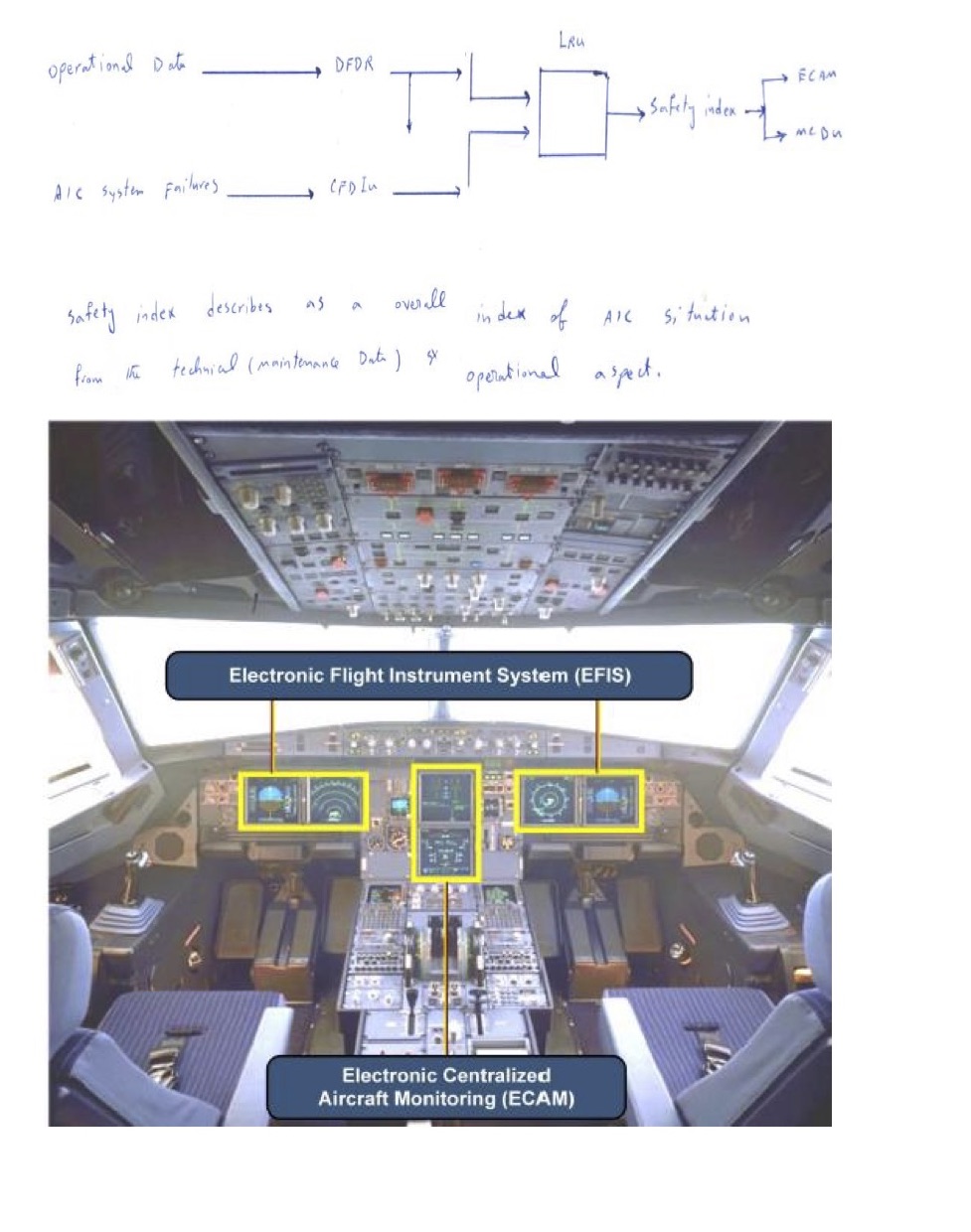 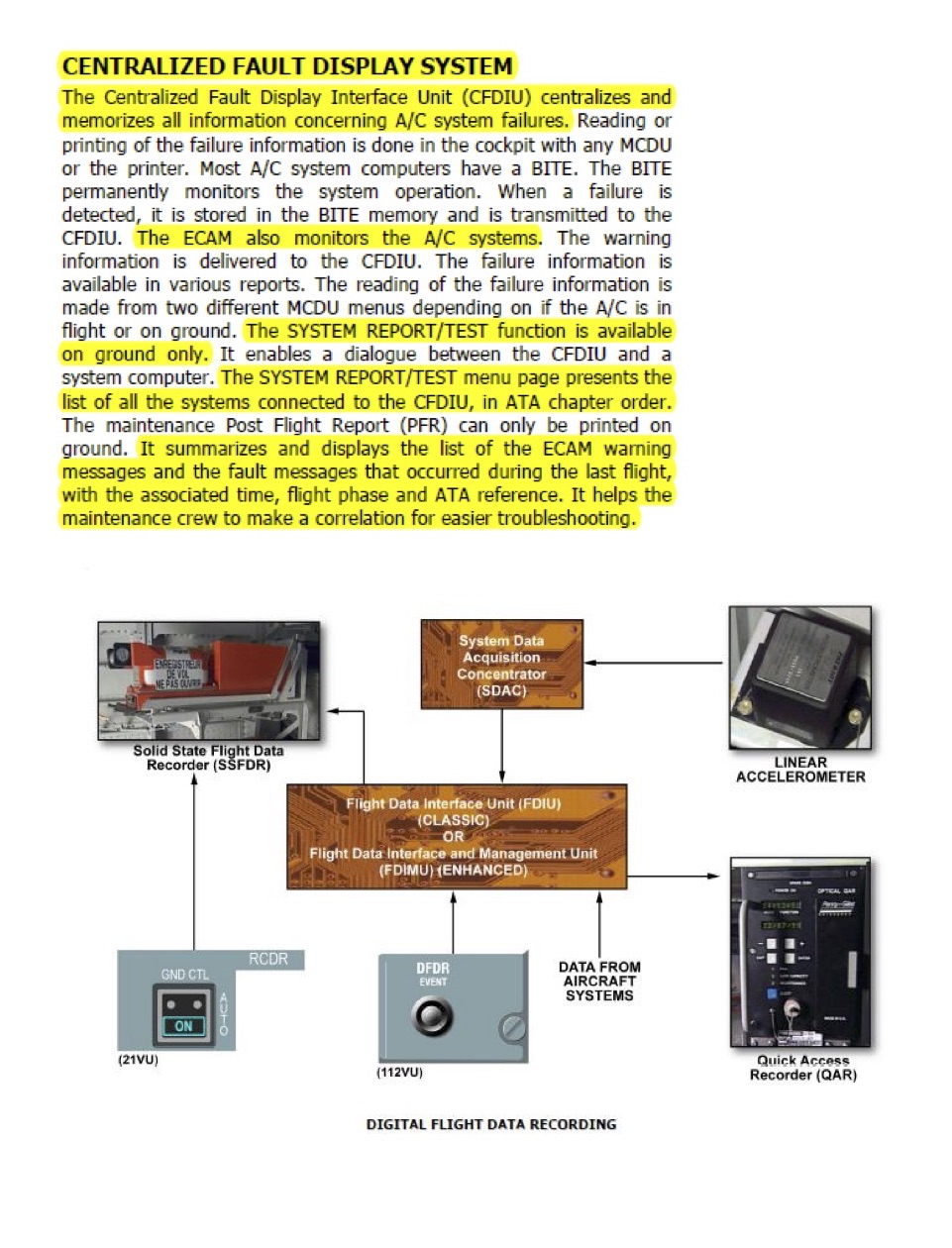 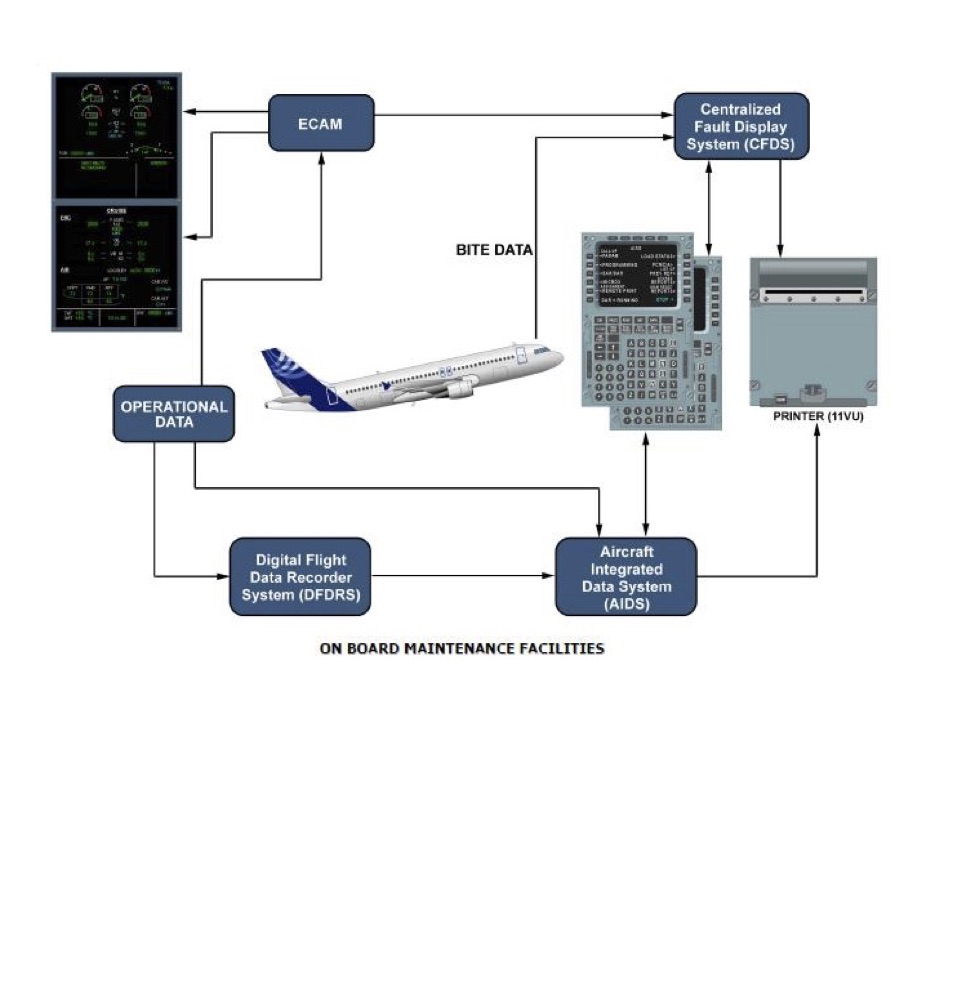 Civil aircraft Lru,s send data to DFDR. Output of DFDR & OMS suggest to proceed inside aircraft. Output will be present on FMS-MCDU & monitoring display as a safety index. Pilot & engineer would proceed with further action based on comment.

A flight data recorder is a system designed to collect and record data from a variety of sensors. These sensors are mounted throughout the aircraft structure picking up data from appliances- components and co-dependent systems that tell their story of how they were configured- and being used during the time before- and at the time of an accident. All of this data is collected and stored digitally within a reflective- fluorescent yellow or orange crash-proof container.

OMS function is to monitor the health of the aircraft (through our aircraft condition monitoring function) and diagnose issues quickly and accurately. OMS functions include: