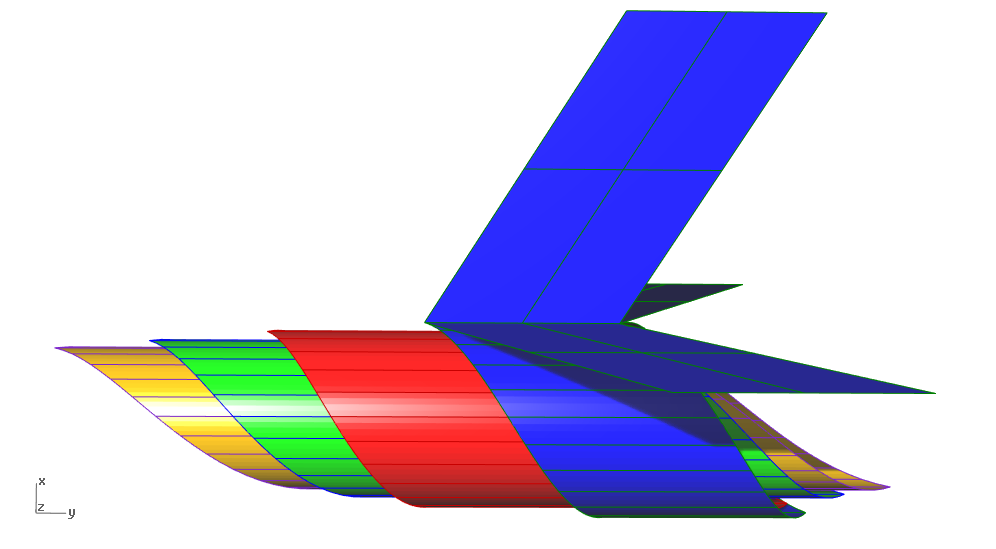 Invention is novel, because it directs air under the aircraft through tubes within concentric tubes, which can be unrolled providing a FLAT stack of aircraft to ship on ground or air in compact lightweight shipping units. This Novel design is a major Improvement in flight safety by gliding to a safe landing without power, directing relative air under the aircraft for more lift at high-speeds, and then unrolling the aircraft into flat stackable panels for transport by ground or my air. Fuel is wasted when prior aircraft are not designed to glide to a targeted destination. Silently landing a glider without the addition of noisy propellers into a residential neighborhood, or business areas improves the economy of aerospace travel.

Market potential for a high-speed aircraft that has no wings for driving on roads but can fly, and then gliding without thrust has a great potential to land “quietly” in a residential neighborhood? All other drone designs can be mounted within the tubes, on the rear end or front end of the fuselage, or other thrust sources can be applied, like ultrasonic wafers to control directed air and kinetic thrust sources.

Wings illustrated in colored figure are optional but can be unrolled to adapt to attached drones.

FIGURES: This invention teaches an optimized pathway for air currents during flight of an aircraft provides more climb gradient lift forces 163 by directing air from on top of the aircraft from helices intersections 152, 154, 156, and 158 to the corresponding compression zones underneath the aircraft, where the helices intersect 153, 155, and 157.

HELICES AIR DUCTS illustrated in FIGURES 21, 23, and 24 are designed to capture air to be directed under the aircraft for lift arrows 163 following each bottom intersecting air compression points 153, 155, and 157. Valving or reshaping of the ducts by piezoelectric wafers can be provided to modify the location of optional force vectors 162 and 164 of the air flow around the whole fuselage 160.

Benefits: More lift, is a glider without thrust, tubes unroll for transport, and any existing drones can be mounted for thrust sources.

Production cost are estimated to be only 22% of aircraft in the marketplace.

Public application, fabrication, maintenance, and servicing is all more universally “understood” when structures are simplified, like this invention.

Improving quality of life by flying at high speeds but returning to a glider every time thrust is withdrawn from flight operation.

Automating tedious tasks is reduced in complexity, when the high-speed glider function of this aircraft increases safe landing without power.

Preventing or reducing injuries is a focus of this invention by eliminating wings while driving on roads, as a flying car, gliding provides TIME to analyze where to land without worrying about fuel or battery life.
Focused On Saving lives!