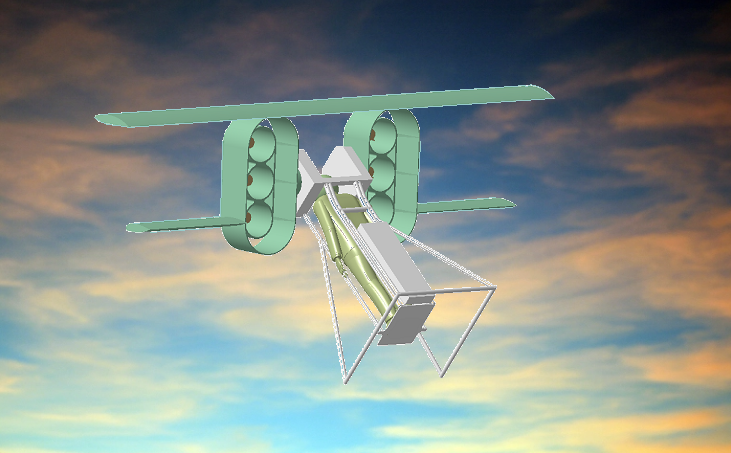 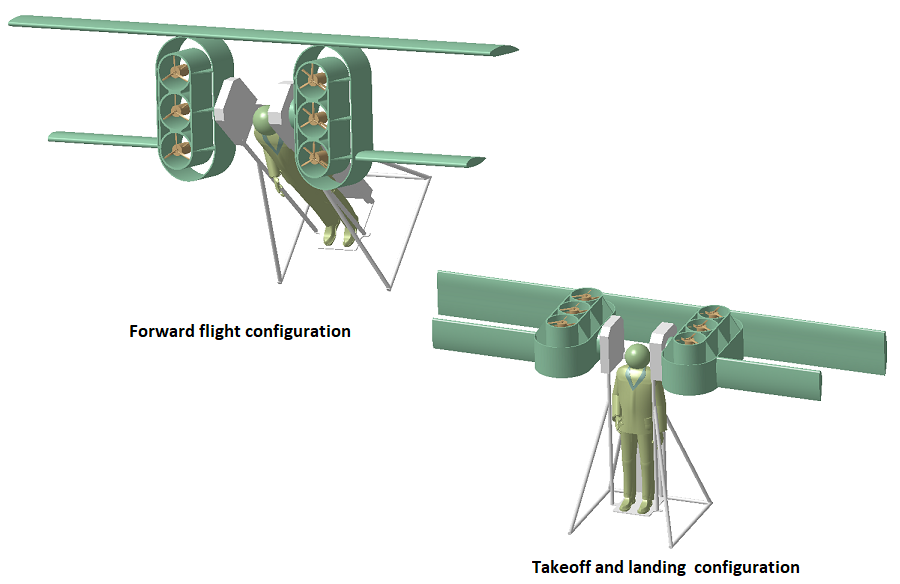 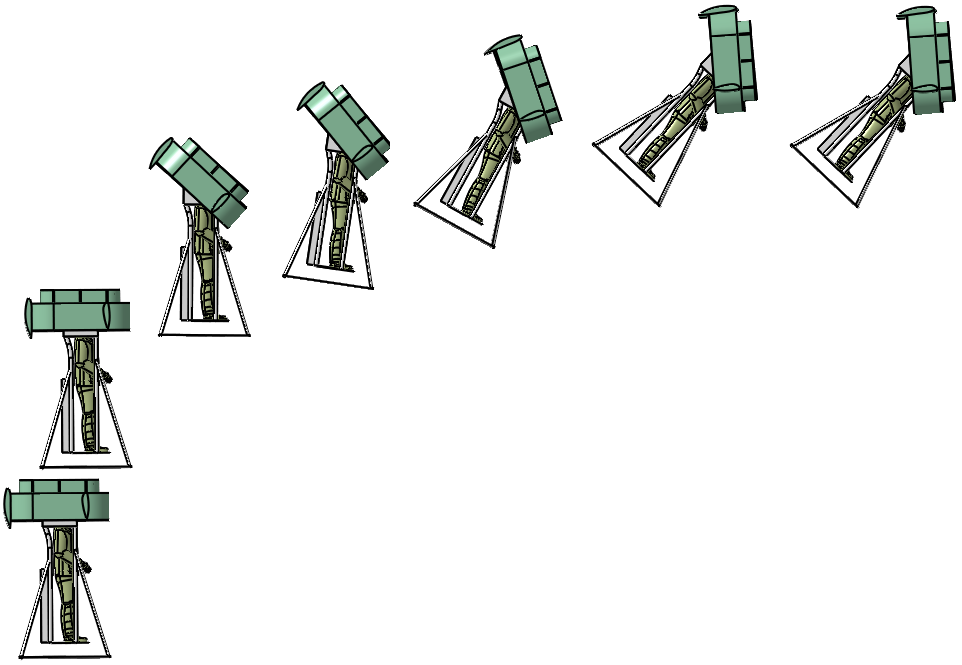 It is known that vertical flight is very costly from an energy point of view. To avoid the same disadvantage during forward flight it is obviously recommended to use mainly the wings to produce lift instead of the air impulse. This increases the efficiency, respectively the range or can reduce the total weight of the aircraft.

Winged Personal VTOL aircraft – WIP
WIP is is a practical one man aircraft powered by a battery package driving at least six ducted fans which each produce a straight jetstream of air. The ducted fans provide both vertical and horizontal thrust and rotation speed management of the ducted fans control the aircraft’s direction/rotation movements. The ducted fans use a thrust augmenter system which increase the traction force and reduce the noise.

WIP can take off and land vertically (VTOL) and because of its small dimensions, it can operate in confined spaces such as close to or between buildings, near trees or in confined areas that other VTOL aircraft such as helicopters cannot access. In vertical flight the jetstreams are oriented vertically. In forward flight the jet streams are oriented horizontally and the frame of the aircraft is slightly inclined by the front air pressure.

Benefits of WIP concept
-It is a Vertical Take Off and Landing aircraft and due to its small dimensions can take off and land in confined area
-In forward flight it is several times more efficient than in vertical flight
-In operation the air pressure centre is all the time above the centre of gravity, offering a very good stability and manoeuvrability
-The battery can be easy removed and replaced, WIP aircraft being immediately prepared for the next mission
-It is capable of speeds up to 180 km/h
-It can carry a payload of 120 Kg
-With a current battery technology, WIP can remain airborne for up to 40 minutes
-It is lightweight, easy to transport, store and display
-It has been designed with a focus on pilot safety with multiple redundant electric motors
-It is easy to fly because it has an inbuilt computer flight control system (fly-by-wire)
-It can take off and land vertically and therefore it does not require an airfield to operate from
-It is easy to be controlled having independent adjustments for directional thrust.
-Estimated price for a WIP, it will be comparable to a low cost aircraft and less expensive
to purchase and operate than a small helicopter
-The motors run on electricity which is inexpensive and widely available throughout the world
-Will be designed to fit within existing aviation regulations for ultralights

Patent protection
The invention has International Registration no. WO2018106137.