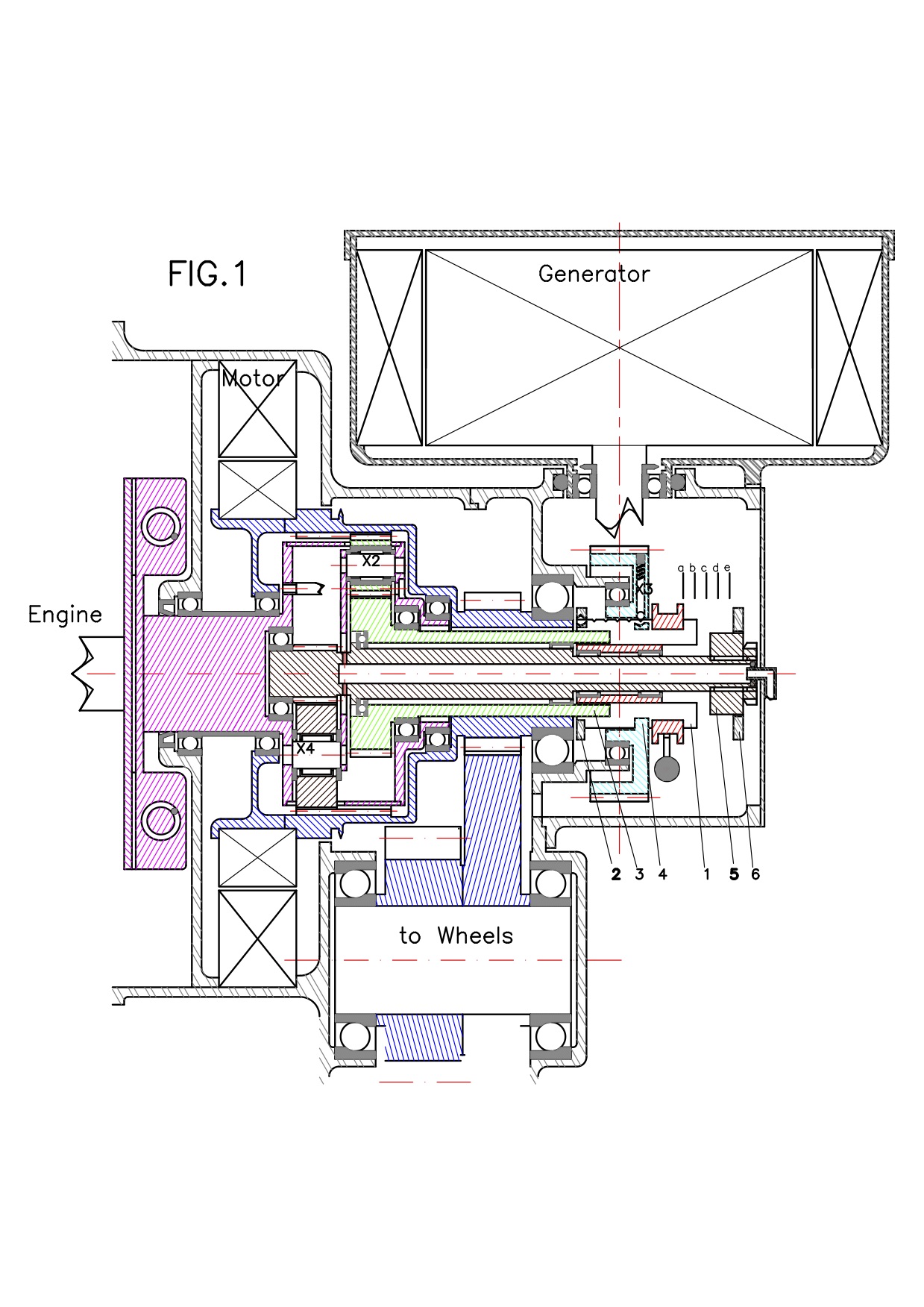 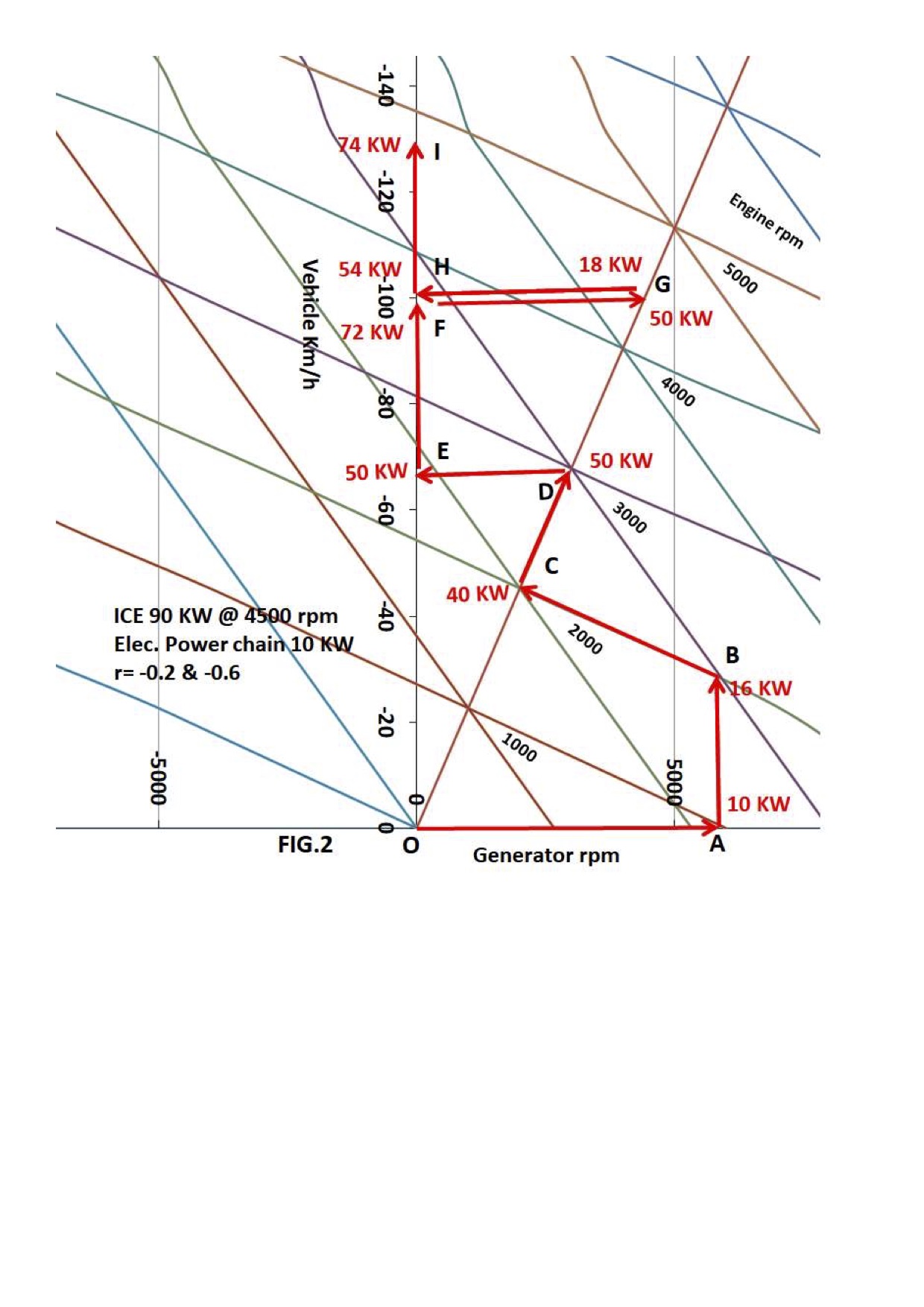 Generally, hybrid vehicle of series-parallel type is built around one epicycloid gear train used as a power split device. In the following description, the vehicle has got two epicycloid gear trains with a common satellite carrier driven by a thermal engine, a common ring gear which drives the vehicle wheels in cooperation with an electrical Motor and two planetary gears which selectively drive a Generator. The selection of one of the planetary gears determines the gear train which is active (refer to figure 1). The Motor and the Generator work close to the electric balance what is a condition to get a small Battery.

The « c » mechanical function can be replaced by an electric shaft between the Generator and the Motor. The “d” and “e” functions can be done by making the Generator rotating slowly.

This arrangement concentrates hybridization effect on low speeds, where it is the most effective. It also improves torque at low speed in the point to exempt of an additional electric propulsion fed by the Battery. For superior speeds the system has 3 fixed gear ratios which no longer consume electrical energy for a better efficiency.

The system allows to maintain the power of the electric chain below 10 KW for an ICE of 90 KW. Consequently, it should be compatible with the 48 V voltage while driving improvements and more safety.