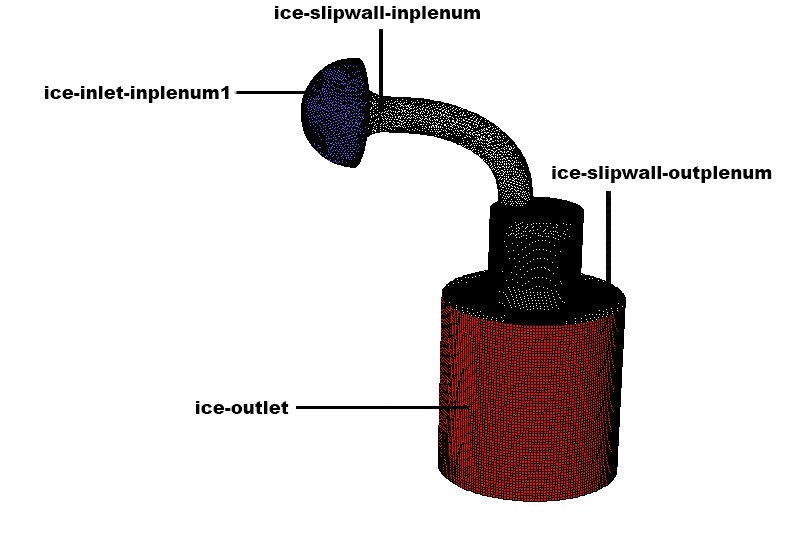 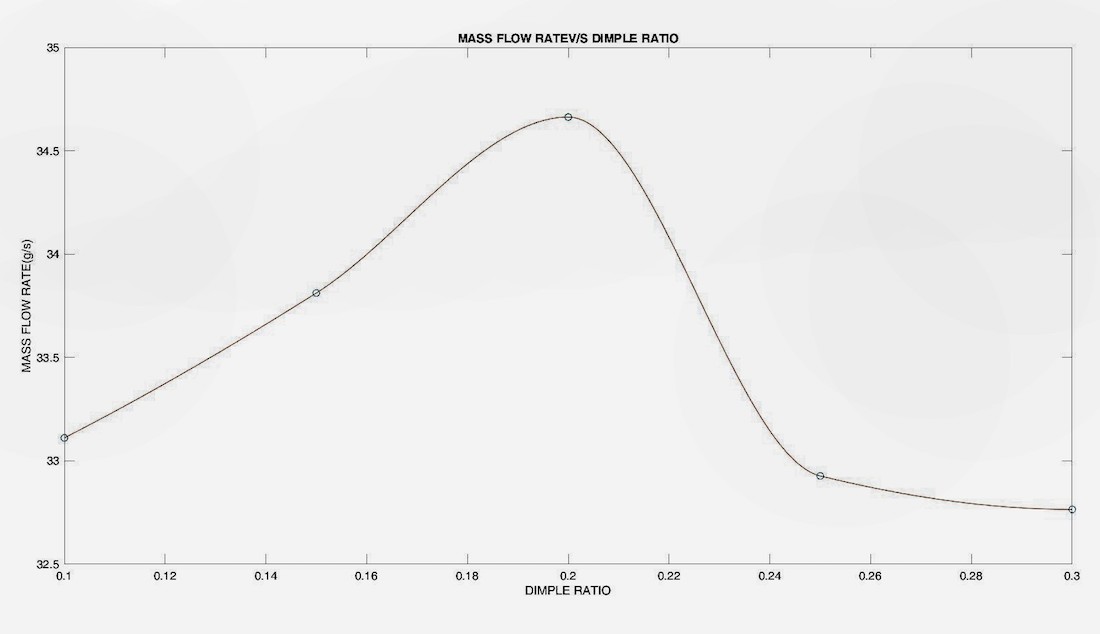 The intake system is one of the crucial sub-systems in an engine. The geometrical configuration of the inlet ports and the valves and their opening schedule create organized motions in the cylinder, known as swirl (about the cylinder axis) and tumble (orthogonal to the cylinder axis) which help in proper mixing of fuel and air. Surface texturing of the intake valve can improve the performance of the engine drastically by generating more swirl, turbulent kinetic energy and reducing the coefficient of skin friction in the valve proximity area. Making dimples on the intake valve is one of the many ways in which surface texturing can be done and its effectiveness can be easily measured by conducting a steady-state port flow simulation on ANSYS IC fluent solver using standard k-omega model.

Port flow analysis was carried on dimpled intake valve at a lift of 5mm for 5 dimple ratio ranging from 0.1 to 0.3 in steps of 0.05. The dimple depth-over diameter ratio is a very crucial parameter in determining the optimum geometry of dimple on which we will get best results. All fluid flow is either laminar or turbulent, whether a flow is laminar or turbulent is usually determined by the Reynolds number. The flow in the cylinder can be divided into several distinct phases. The flow into the cylinder through the inlet valve or valves (forming a jet) does two things: first, the geometrical configuration of the inlet ports and the valves and their opening schedule creates organized motions in the cylinder, known as swirl (about the cylinder axis) and tumble (orthogonal to the cylinder axis) and second, the jet itself is turbulent, and in addition much of the directed (non-turbulent) energy in the jet is converted to turbulence, resulting in a very high turbulence level during the inlet stroke. The flow through the inlet valve forms a hollow conical jet, roughly at the angle of the valve seat.

The results showed that the maximum mass flow rate is obtained at a dimple ratio of 0.2 with an increase of 0.005% over the simple intake valve and a 38.4% decrease in the area weighted average skin friction coefficient in valve proximity area was seen in case of dimpled valve. The lowest value of area weighted average skin friction coefficient(20.608) is obtained with a dimple ratio of 0.1, while the value of area weighted average skin friction coefficient obtained in case of simple valve is 33.507.Therefore, the determination of the optimum dimple DOD ratio is very important. This concept of surface texturing was used to introduce dimples on the poppet valve and then measuring its effectiveness by conducting the port flow simulation on ANSYS IC Fluent solver.