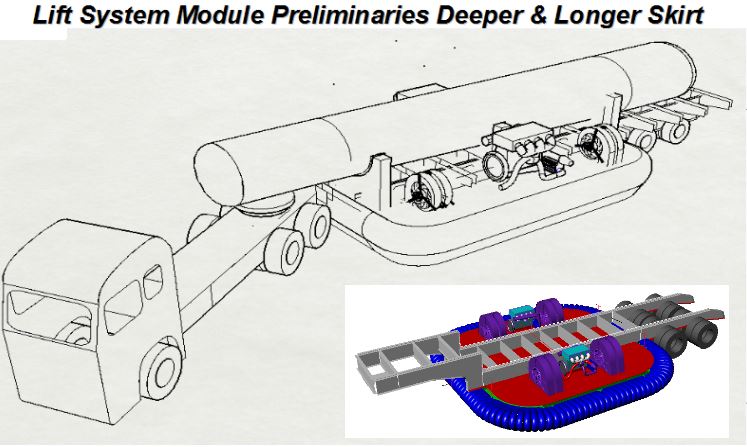 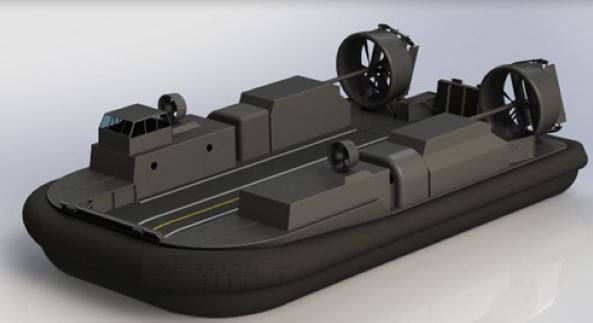 On Accessing the Inaccessible by Hovercraft

As climate change accelerates so also does the difficulty in the navigation of flood plains, wetlands and deltas and only an amphibian can handle the changing topography

In Ontario Canada access to the Ring of Fire in order to extract the high value ores is proving quite controversial because of the wetlands. Expensive schemes for roads or railways into the region have raised concerns about the
impact on fragile surfaces and the long term effects on drainage patterns and the like.

Winter road season is shortening due to climate change and here an interim solution using Air Cushion Assist for conventional load carriers looks to be plausible in extending winter road usage. Essentially by reducing the axle loads on low loaders the payload may be increased, or, the reduced axle loads over frozen lake surfaces reduces the risk of breaking through the ice surface. The top picture in the sidebar shows a concept for both increasing allowable loads and extending the use of winter roads.

Since detailed surveys of any proposed road or railway requires local surveying, again the hovercraft is the most viable machine for operation on these delicate surfaces all year round. Together with a drone capable of ortho mosaic mapping onto Google maps surveys can be carried out efficiently, inexpensively and with great accuracy. The middle picture shows an advanced hovercraft (the 995 ED) and the Sky Droid drone that would carry out these surveys.

The extensive waterways in Northern Ontario can be regarded as natural highways on which hovercraft can navigate from a southern railhead all the way north to the Eagles Nest Mine without any difficulty since their amphibious capabilities allow operation through rapids of various intensity and on flood plains because of their low footprint
pressures. Since these rivers and tributaries have cut their way naturally through the terrain the logic in using them as waterway highways is a given and acceptable to most interested parties.

Improvements to Hover barges incorporating similar technological improvements provide means to move large payloads into and out of the mining areas at the earliest opportunity allowing income to be earned while planning, preparation and study of the best ways to get roads into the locations can be worked out to the satisfaction of all parties concerned

The last picture shows an advanced RORO (Roll On Roll Off) hovercraft capable of carrying a range of payloads up to 67 tonnes. This is achieved by trading off cruising speed versus tonnage carried and is a feature of both the advanced cushion system and lift fan efficiencies.

This hovercraft is in the detail design stages and will become available as a self propelled solution for accessing the inaccessible in the near future.....and here we Create the Future with the least impact to the environment.