A Novel Design for Vehicle Engine Mount with Friction Damper 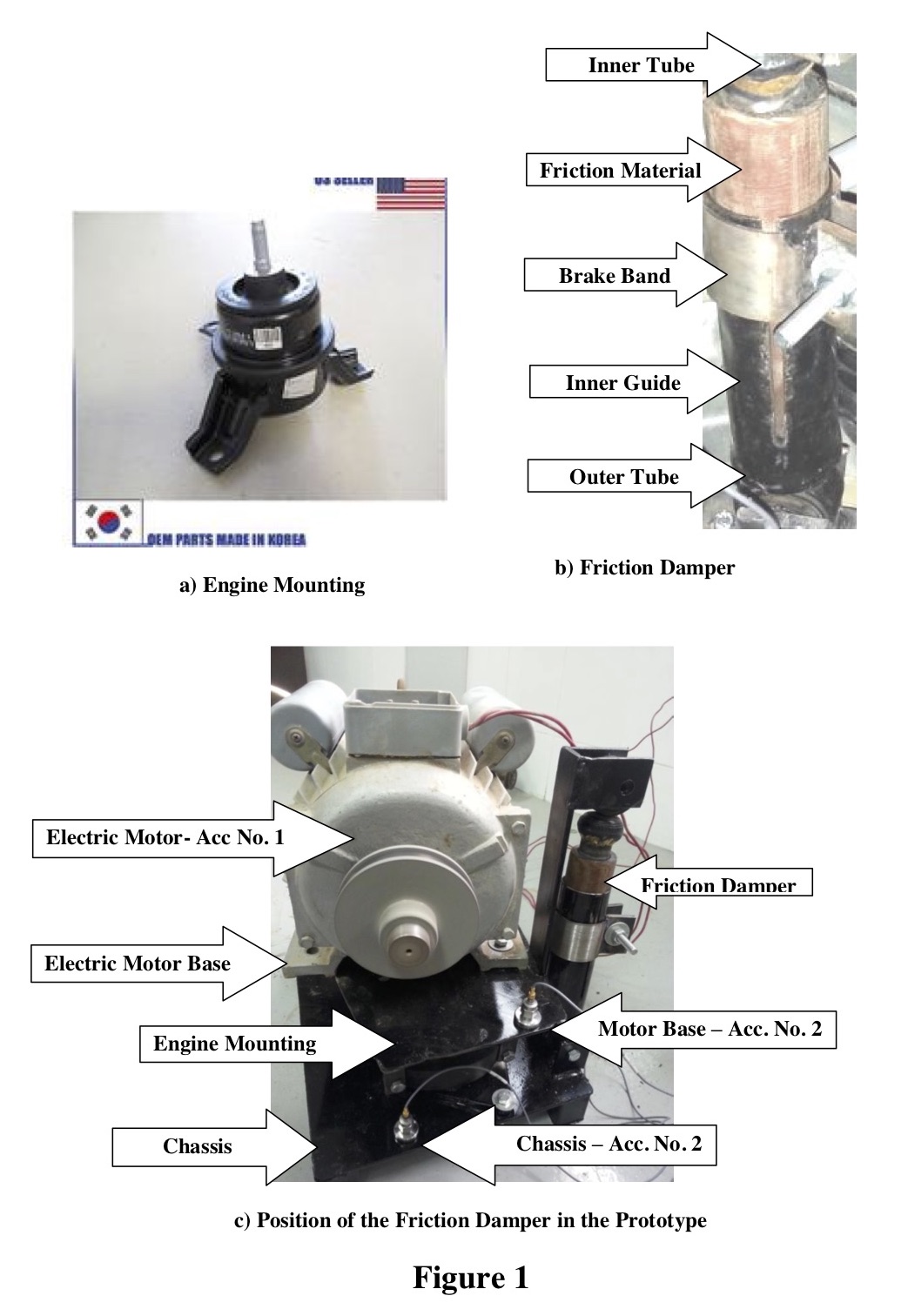 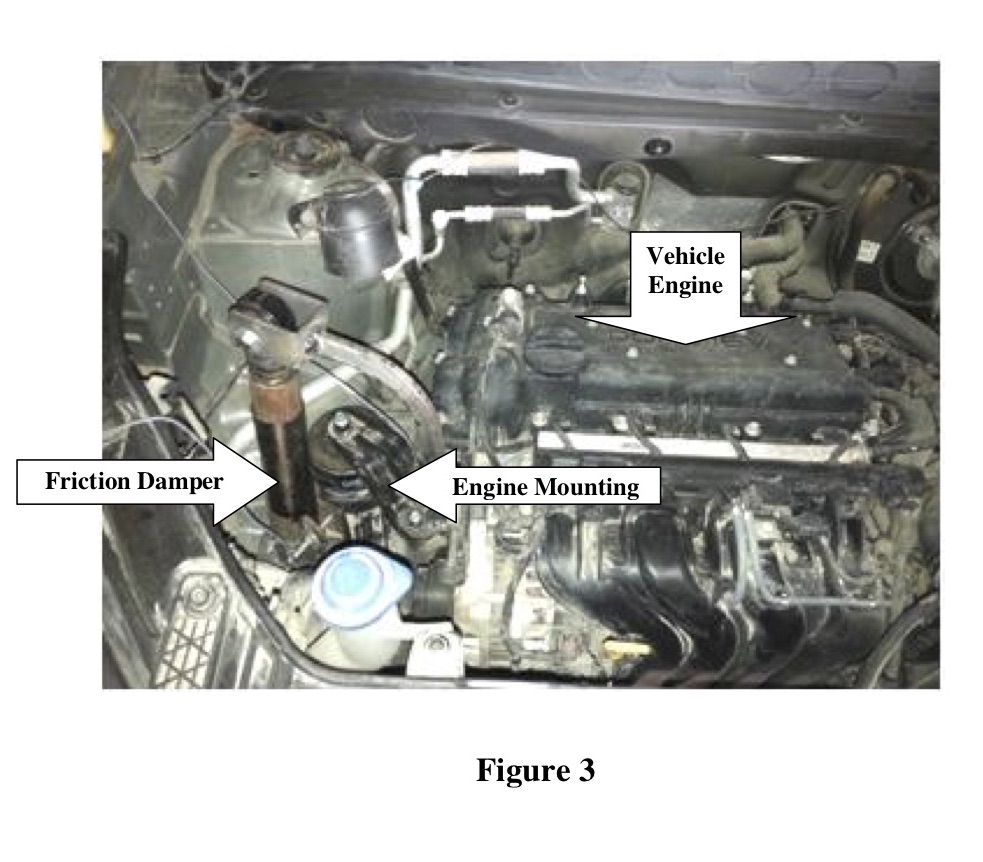 THE TECHNOLOGY:
The original mount of the test-vehicle engine is Passive Hydraulic Mount, see Figure 1.(a). The friction damper was added to the original mount in parallell. The modified mount system is a different size than the original one with an additional weight of 200 g. Figure 1(b) shows the friction damper unit of the mount. The electromagnetic actuator creates the normal force for the friction contact, consists of a toroidal iron core, which is divided into two halves by two air gaps. The friction contact consists of two ordinary friction pads from industrial brakes which are pressed against a moving friction rod by the actuator. In the engine mount the friction rod is connected to the engine bracket and the ground plate with the actuator is connected to the chassis. The force of the actuator is given by the reluctance force between the two halves of the iron core. These halves are attached to a ground plate via a combination of leaf springs and elastomer elements, providing a very high stiffness in the direction of the friction force and at the same time a high compliance for the horizontal movement of the actuator which is necessary to bring the friction pads in. In especially designed experiments these effects are assessed. The prototype presented in Figure 1 (c) fully replaces the original. Experimental evaluation carried out on the test-rack confirmed the superior performance of the friction damping approach over the original mount. In Figure 2, the results of the measurements taken at rotational speeds of 1000 and 2000 rpm on the prototype are presented and showed that the percentage reduction in terms of RMS of time history vibration transmitted to the chassis is 61.10 (without friction damper) and 80.60 (with friction damper)at 1000 rpm, while at 2000 rpm is 53.70 (without friction damper) and 81.90 (with friction damper). Figure 3 depicts the position of the friction within the vehicle.

ADVANTAGES:
• greater percentage reduction in terms of RMS of time history vibration transmitted to the chassis and consequently more comfortable ride in vehicle.
• more sensitive when compared to other active vehicle engine mount system
• No separate control system is required. The existing ECU in the vehicle can be used.
• Increases the efficiency of the vehicle.
• It can be used in hybrid vehicles so that it can adopt itself.

CONCLUSIONS:
• In conclusion, the vehicle engine mount with friction damper system is simple, cost effective. Furthermore, the whole unit is very small in size.
• The innovation was introduced this friction damper with great market acceptance – 65% of models were ordered with this new system - and hailed as a game changer by industry insiders particularly with the used vehicles. Moreover, performance of the friction damping approach over the original mount. contact with the friction rod

APPLICATIONS:
The full applications on vehicle engine mounting document of the friction damper can be downloaded from