Emergency Transmission System in a Vehicle 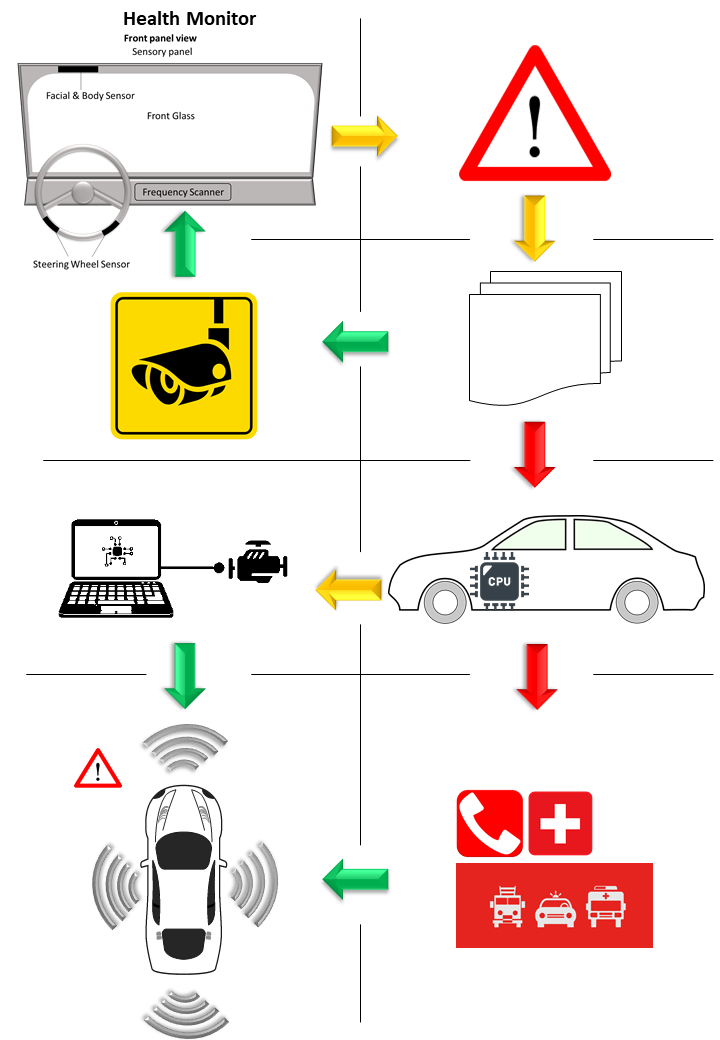 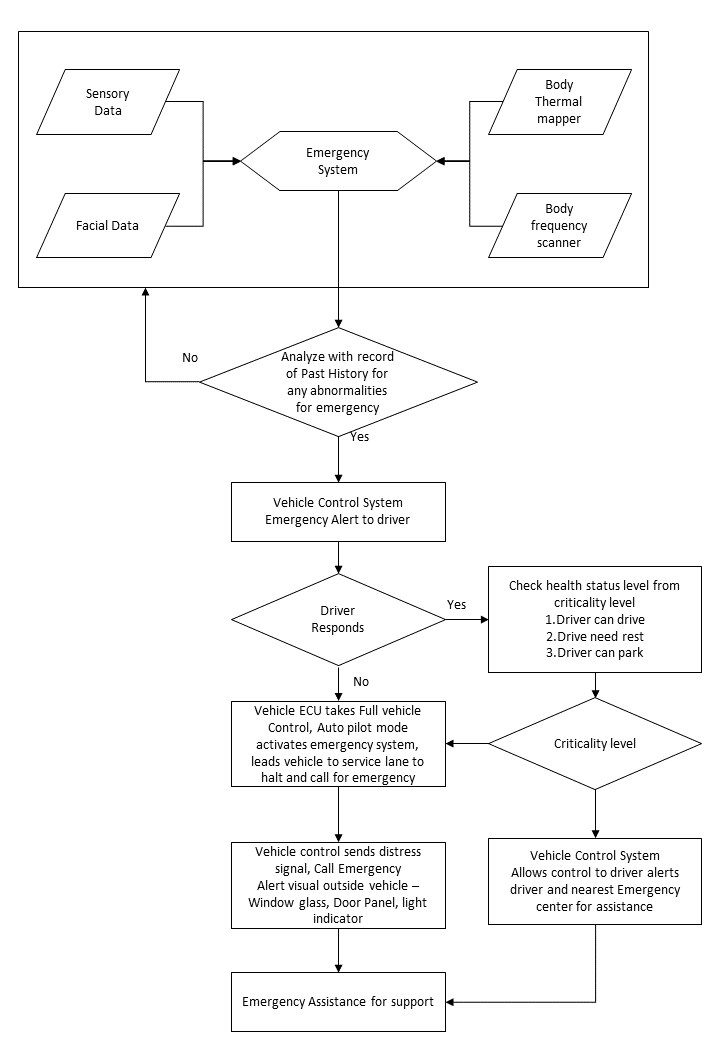 Though the technology has accelerated to a level where the autonomous vehicles are at the verge of coming into reality, we still face various issues pertaining to human safety and wellness. The present disclosure would address some of the safety issues faced by minors and adults traveling long distances and alone.

The present invention aims to detect and facilitate immediate medical attention to an unwell driver in a vehicle.

The emergency transmission device as per the present invention has two units. One is suspended on the steering wheel and the other on the dock. The former records the heartbeat, breathing, blood pressure and frequency of the driver and the latter analyzes the facial, retinal and gestures of the driver. The frequency detection system on the wheel determines the body frequency and a thermal mapper to map the temperature change in the driver. During an emergency, when the driver is unwell, if any of the devices detects an abnormality the control unit compares it with the predetermined logic and after a positive confirmation from the system, it immediately issues an audible warning to the driver. The predetermined logic works on the data of past and present condition of the driver's health. Failing to respond would prompt the system to issue an emergency message along with the driver's medical history, location and social security number to the nearby medical facility center. Simultaneously the vehicle control system would bring the vehicle to a halt and alert the passer-by with a sound or visual message which is exhibited on the outside panel of the vehicle.

The said system detects or connects to the nearest medical facility center based on the distance. The medical facility center should connect to the message with a response and send the available team to the spot. With the given medical history, the medical personnel would be able to administrate immediate care, which saves precious time and life of the patient. Additionally, the message to the emergency personnel can include the social security number or ID – to learn the history of the driver and would be able to perform the necessary actions based on the history.