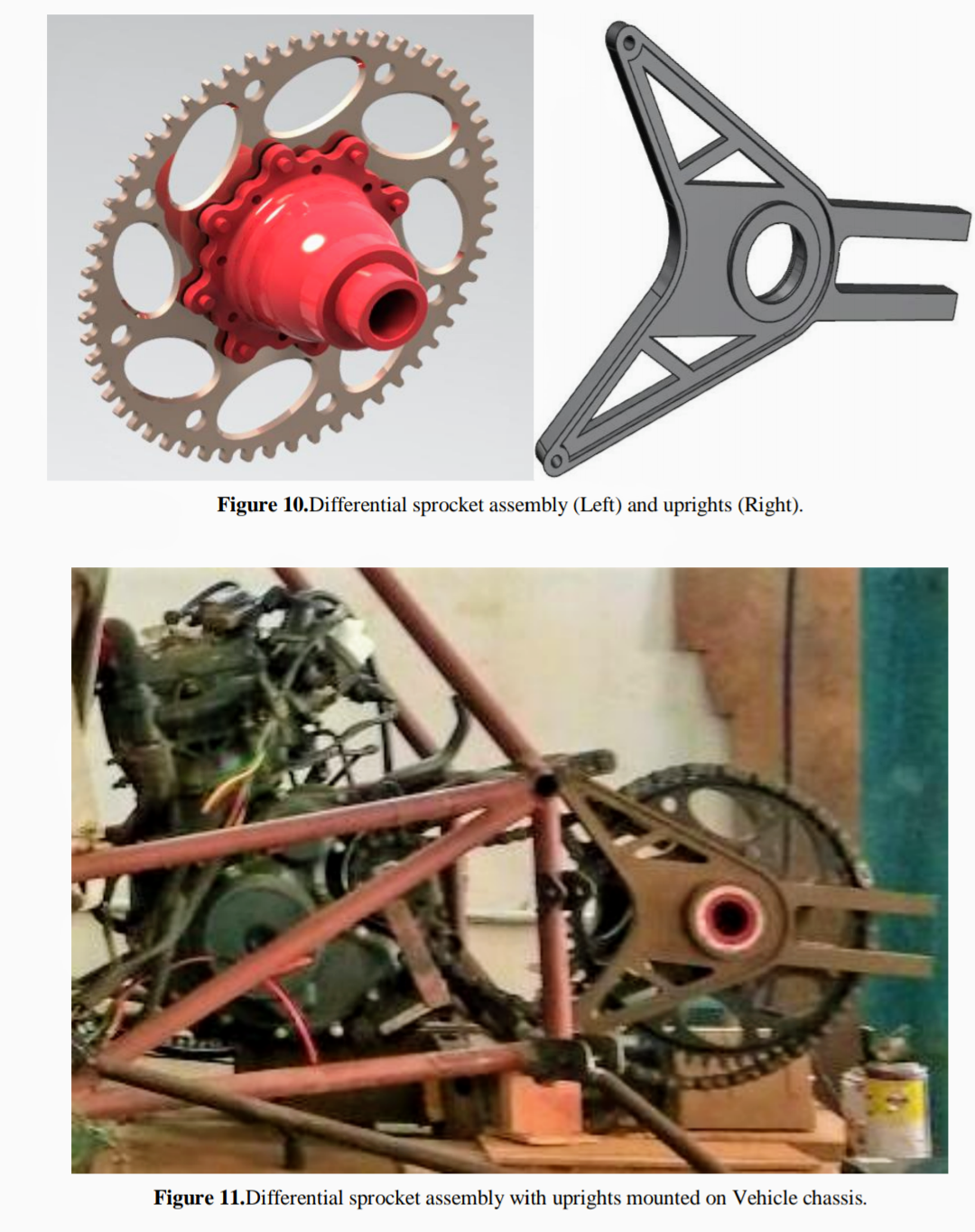 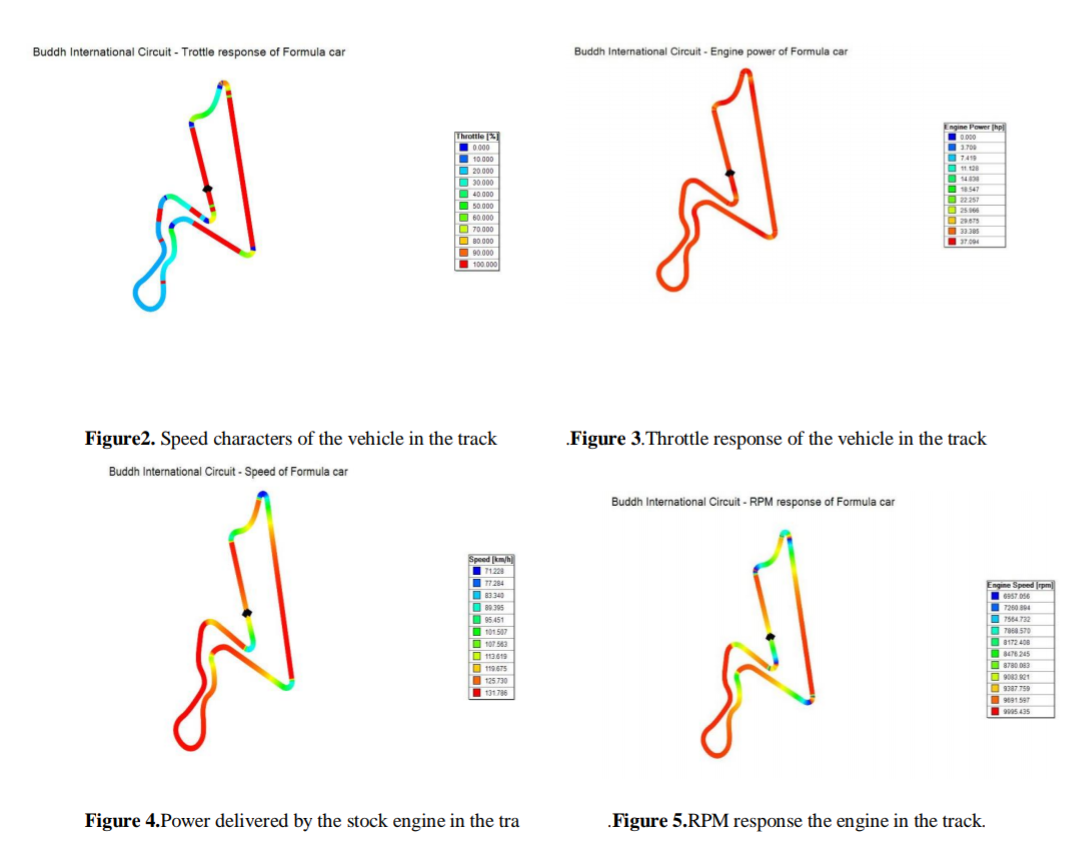 The design of the transmission system for a formula styled racecar using a stock bike engine is one of the best choice for all the engineering students who design the motorsport vehicles for all the student race car build competitions. As there are many rules and restrictions on engine usage such as capacity, maximum power allowed, type of fuel usage permitted and many more. In addition, this report emphasize on the suitable type of transmission system, differential and drivetrain assembly. The present report shows the various considerations, calculations, analysis and various parametric data’s of stock KTM 390 Engine and the drivetrain of the car.To design the components, sub-assemblies and assembly the design software’s NX CAD and SolidWorks are used, and to analyses the components against mechanical forces ANSYS software is used, and the vehicle performance analysis software OPTIMUM G is used to analyze the vehicle behavior at different gears, at different road conditions and against different race tracks.

As expected, the performance of the actual vehicle is comparable with the performance obtained during the simulation of the mathematical and CAD model. Which in turn make the analysis and tuning of the vehicle easier and it is more compatible to know the expected performance outcome even before starting with the actual model.

In the present design a KTM 390 stock engine with maximum power of 32 kW / 43.5 HP @ 9500 rpm, which is designed to power a super sport motorcycle with a mass of 180 Kg, is successfully used to power a formula styled open wheel race car with a mass of 300 Kg to approximate maximum speed of 130 km/h with an acceleration of 8 m/s2. Optimum Lap software has been developed with the goal of providing users with an ease to use lap time estimation tool. It can be used to rapidly analyse characteristics of a vehicle on a given track. That will able one to visually see and interpret the effects of changing vehicle parameters. The car data is entered in the software and the readily available standard track details are obtained from the software cloud.

This utilizes a quasi-steady-state point mass vehicle model with simplistic mathematical data. It has the ability to be accurate due to the combined states that the vehicle can achieve. The vehicle is able to accelerate and corner simultaneously as well as decelerate and corner simultaneously. It calculates the corner speeds, calculates the speed accelerating out of the corners, and calculates the distance needed in order to decelerate the car for the corners. As the design is done with the Indian standard atmospheric parameters Buddh international race circuit is more suitable to test the car.