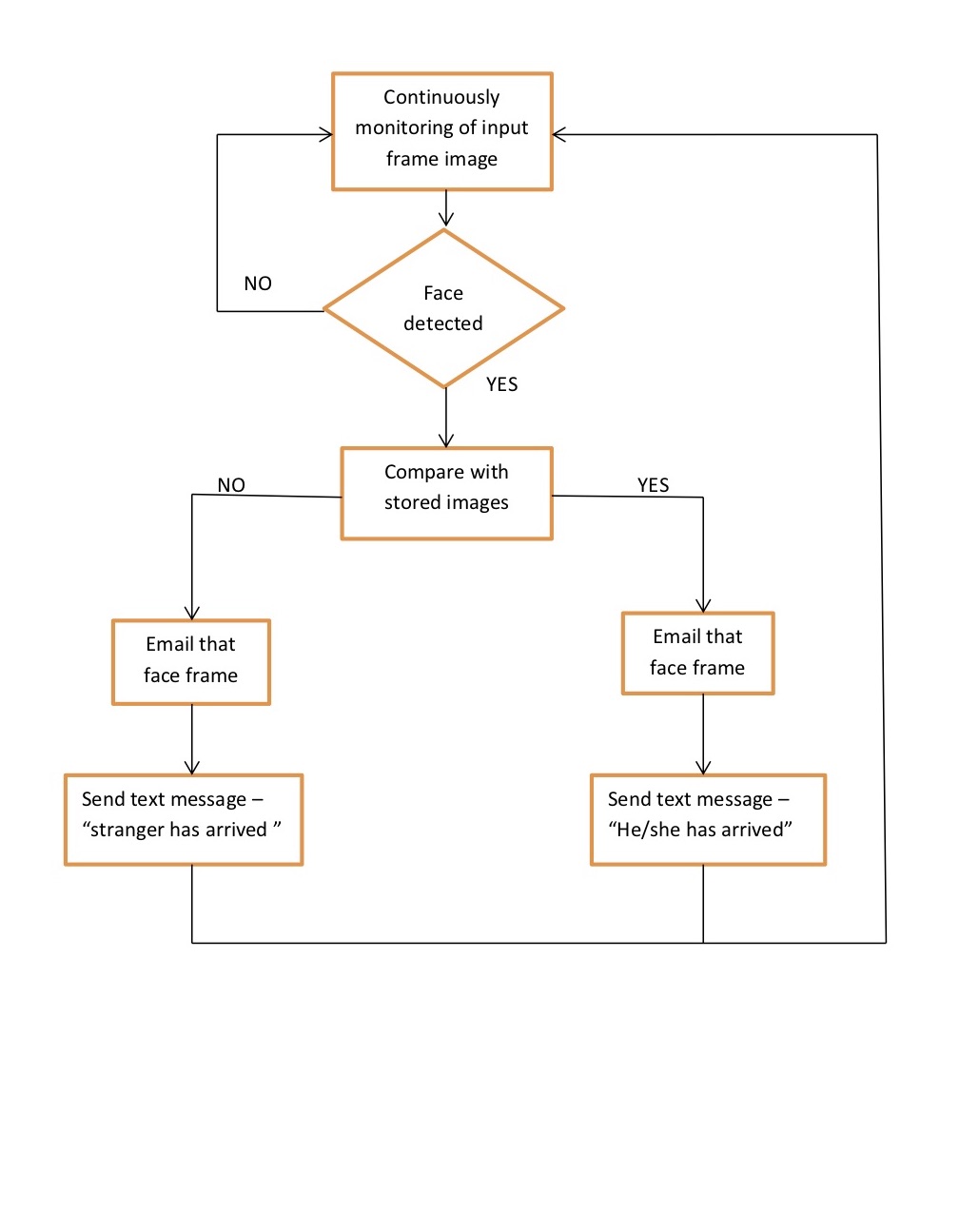 Most of the surveillance/security systems we use at our house, offices, etc are just one or other type of video recording system. The main drawback of this system is it records everything, but it lacks when it comes to avoiding the breach or atleast informing the respective authority about it.

The main objective of this idea/project is to build a surveillance system to avoid unwanted security breaches or robbery by immediately informing the main authority about it. This system uses different alerting methods(explained later) in order to get the authorities' attention towards it.

The project starts with a camera that monitors continuously. The position of its installation can be above the main door or as per the user's convenience required the frontal face or the front side of the person should be visible. Now as the camera scans continuously, it captures every frame, and whenever anyone wants to enter the house, he/she always faces the front door which makes it logical to for the position of camera. Now when a person comes in any frame(could be from the house itself or a stranger), it detects a face from the frame image. Now OpenCV provides commands and libraries that have various classifiers to detect faces and eyes like "Haar cascade", etc. So when a face is detected, the system compares that face values with those already stored in the dataset. This dataset includes face values of family members and relatives. So simply it compares the current values with that stored one using any machine learning algorithm like SVM, etc.

Now the main objective lies after the detection. So for the security purpose, the system provides two methods to alert the house owner about the breach. The system emails the face detected frame image to the owner at the already stored email address. As internet connection is not possible everytime, so a provision of text message can be given in the system. So Python provides libraries that deals with internet URL's while for normal text messages, an internet site known as "way to sms" is used that provides 20 free sms per day for a registered email address. We are using a Raspberry Pi processor for this system which can be replaced as per requirement.

We have implemented this idea before using a proximity sensor as an IOT product, but due to its limitations of detecting everything near the sensor, it is being implemented using Image Processing.

The system has some basic requirements like the position of camera, internet connectivity, etc. While the system can be implemented not only in houses but also in offices, etc.

Overall, the system has already provided excellent performance before using only IOT technology. So its performance will be improved for sure using more advanced technology like Image Processing.