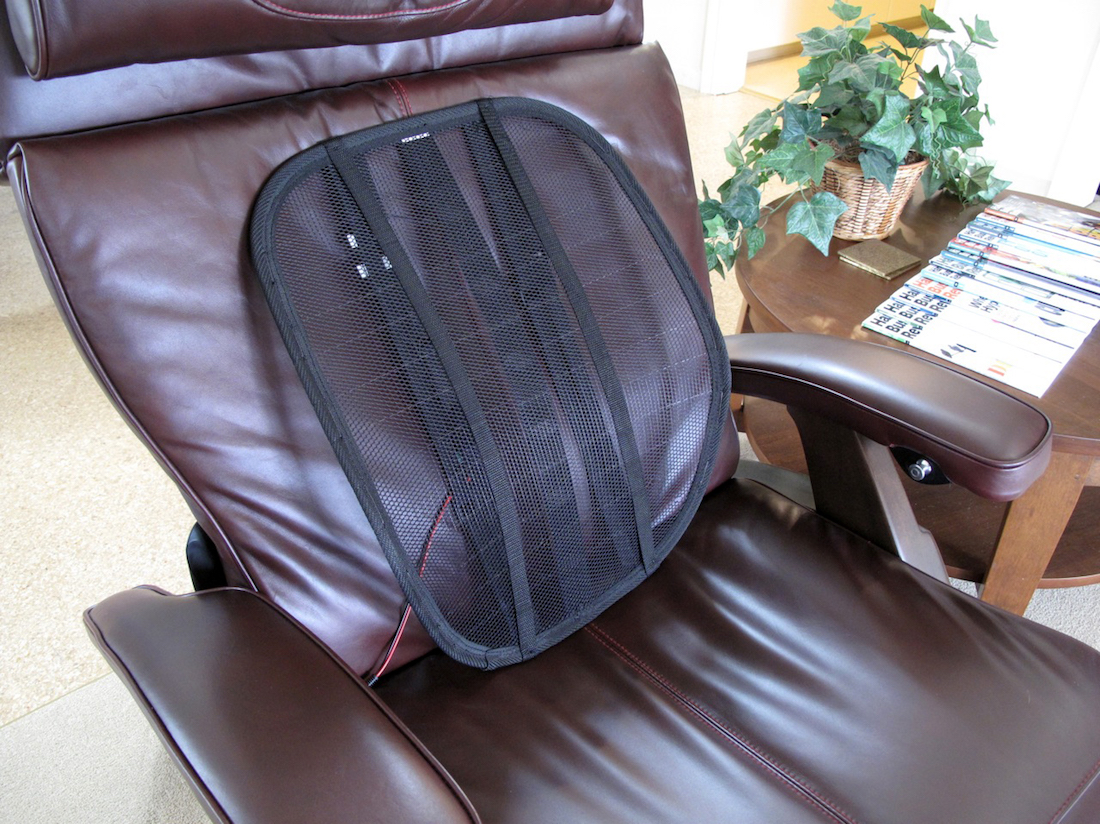 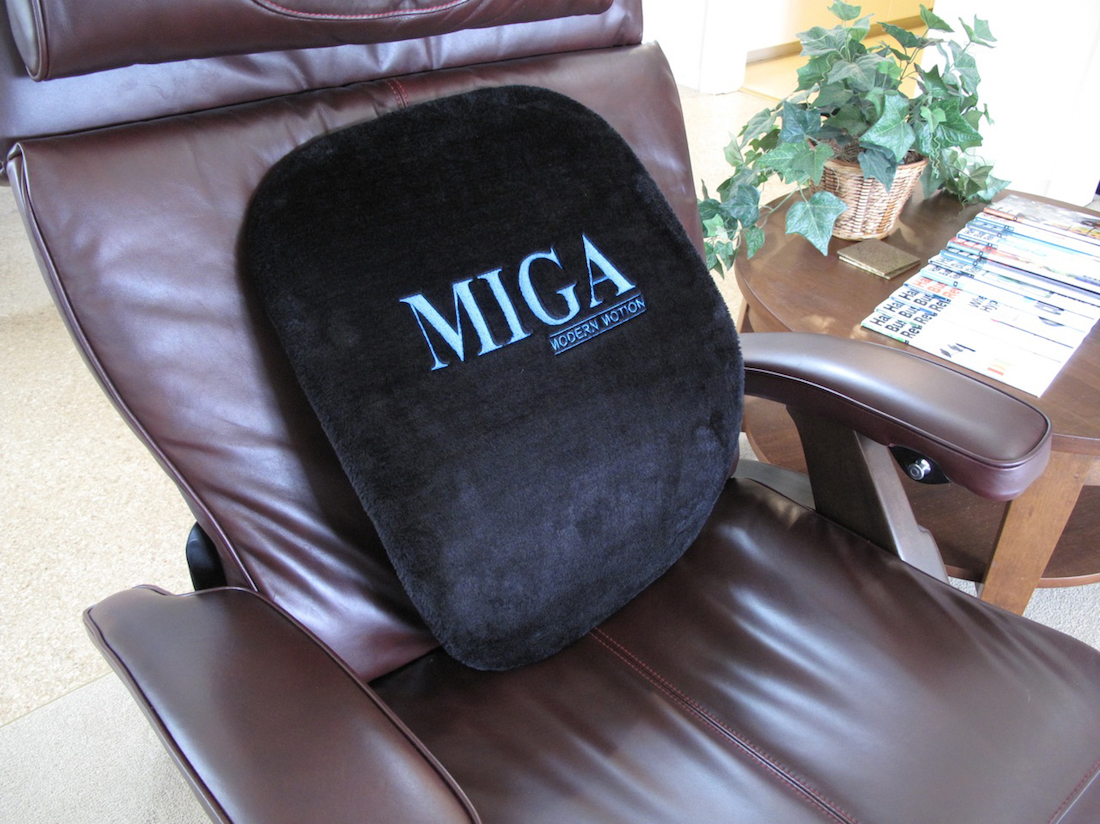 Cascade™ is a lightweight, portable, and silent back massaging system made by applying Shape Memory Alloy (SMA) wires to a mesh lumbar support frame or other suitable seating.

SMA wires are special alloys of Nickel and Titanium that contract when heated with electrical current. When applied to a curved seatback or cushion, they produce warm and pleasing compression waves much like a Shiatsu massage. Generally described as gentle and relaxing, the effect is very different from existing devices that grind indiscriminately across your features.

Since the SMA wires are very thin (only as thick as 5 sheets of paper), the entire massaging surface is vanishingly thin and lightweight. These surfaces can then be applied to a curved seatback and supported by the edges so that when the SMA wires contract, the chord-length decreases, and the SMA wires press into the soft tissue of your back. Elastic fabric elements help to spread out the applied forces so that each wire produces a ~1.5” wide ‘zone’ of compression.

SMA wires are ‘thermal’ actuators in that they contract about 5% of their length when heated with electrical current. As a result, a gentle heat pulse is released as the wires contract: producing a warm compression wave. When current is removed, the wires cool back to their neutral position. Another result of thermal actuation is that the contraction is totally silent: enhancing the ‘mystery’ of the effect. Existing chair massage devices have whining and whirring motors, with gears grinding up and down plastic tracks in the thick and heavy units. Those noises are very distracting, and prevent their use in a work-office environment, for example.

Miga is the world leader in the engineering of devices that utilize SMA wires, and has been designing and building SMA wire actuators for over 15 years. Our sophisticated physics-based model allows us to carefully control the timing and contraction of the SMA wires during heating. We can easily control multiple SMA wire ‘zones’ – spanning the entire seatback or cushion with a network of SMA wires. We are even able to produce vibration effects of various frequencies, from slow ‘throbs’ to higher frequency ‘hums’, and can apply a range of operating modes from quick and assertive ‘invigorating’ massage, to slow and gentle ‘relaxing’ massage. All of this can be done using a typical laptop-adapter-style (70W) power supply. High-energy Lithium Polymer batteries can also be used, as well as standard automotive power adapters.

A tiny microprocessor is used to control the timing and distribution of current pulses to the multiple compression zones. This is done through a bank of high current P-Channel MOSFET switches, individually addressed by the processor.

Like other massage units, the Cascade™ provides several orchestrated ‘treatments’ of around 7.5 minutes each, then goes into low-power auto-shutdown until restarted.

Miga’s Cascade™ was designed to operate in office chairs, waiting rooms, or car seats (with an optional 12v adapter). They can even be used in living room or other furniture.