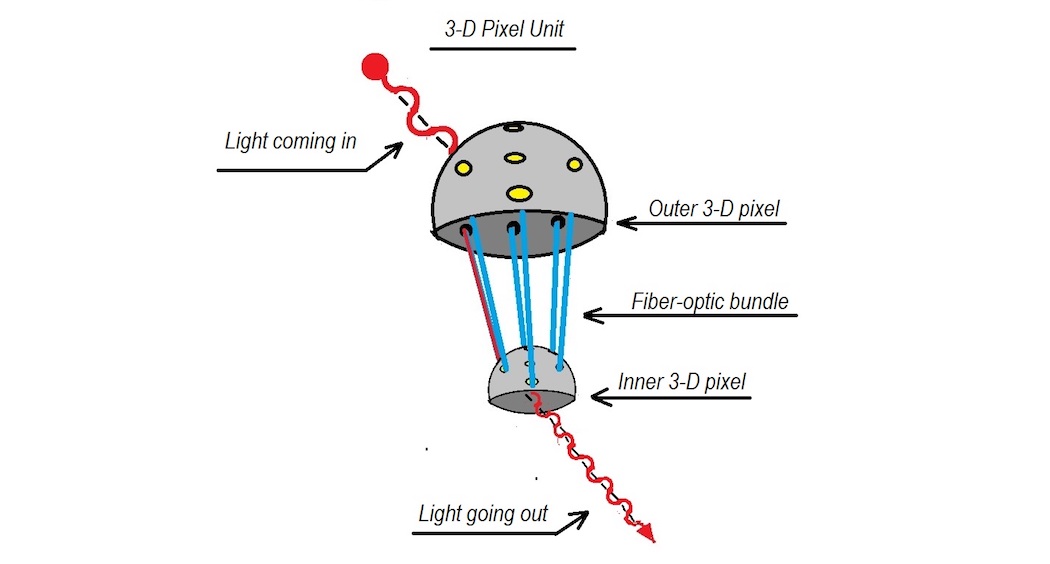 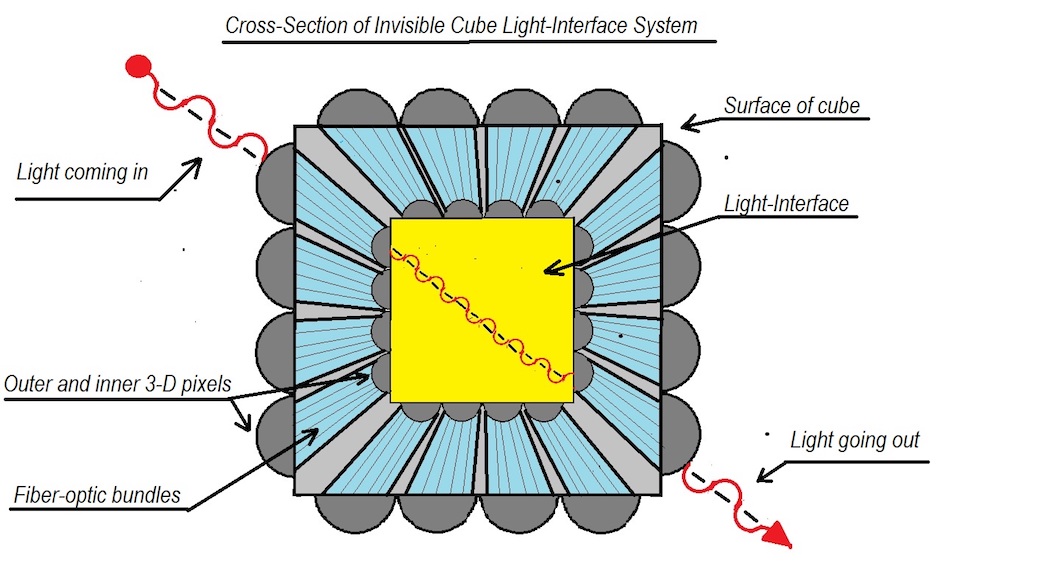 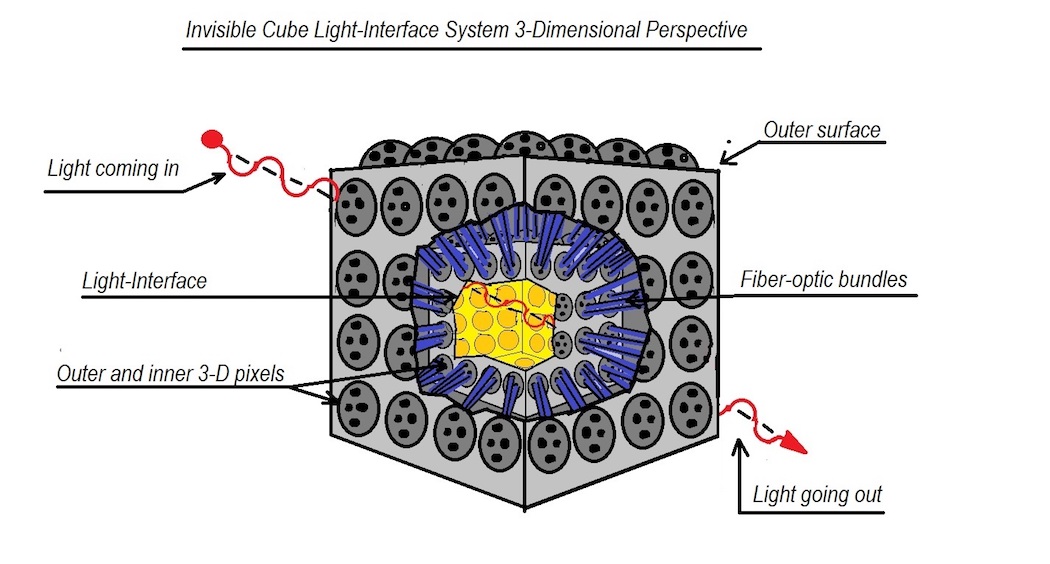 I imagine this to be an extremely crude, low-resolution proof-of-concept experimental table-top apparatus to prove the light geometries of my 26 year old discovery of the exact, geometric inverse relationship between invisibility and holodecks due to my Light-Interface concept applied to all Light-Interface Systems.

The 3D Pixel Unit is fascinating to me because it is rigid its position, relative to itself, of the dual 3D pixel pairs in order to maintain the correct paths of light into and out of the entire Light-Interface System, while used in conjunction with the infinitely adaptable Light-Interface concept itself, in the form of parallel 3D Pixel Units working together to allow light to faithfully enter and leave the space of an object, in concentrated form, as if nothing was there to hinder the paths of light going through that space in the first place.