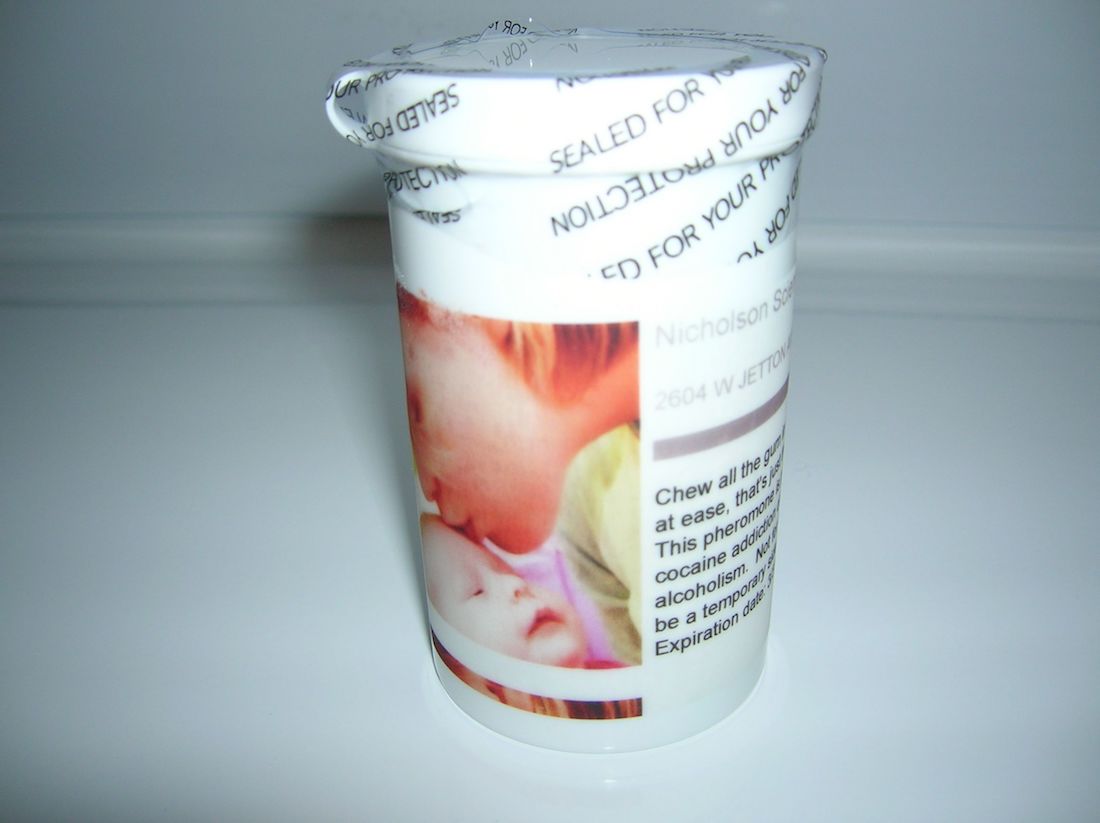 Criminal behavior (& the following) can be turned off & on by a chemical signal—a human pheromone. There are no side effects or withdrawal symptoms. The following illnesses responded well to the same pheromone in anecdotal open trials:

Borderline Personality Disorder (n=4) If headaches/photophobia are present, they persist but may diminish with time.

Attention Deficit Hyperactivity Disorder (n=21) note: Egyptian trial (double-blind, cross-over, placebo-controlled, in pediatric hospital setting) alleviated all symptoms, but raw pheromone failed in that the cooperation of attending physician and his staff was lost without explanation. This suggested an aversive pheromone component or component set among the 735 chemicals known to be present in the pheromone. We have taken steps to remove aversives.

Opioid Addiction (n=12) The drug addict taking the pheromone by mouth is provided a slight lifting of mood and a dramatic feeling of refreshing relief. No withdrawal symptoms have ever been reported. One dose appears effective for long-lasting cessation of chemical-thrill-seeking behavior. The now former addict often seeks a change of circumstances by moving away.

Sexual Perversions (n=11) Homosexual ideation and behavior is lost but may not be recognized for several months (n=10). Homosexuality appears to arise from a sufficiency of the maternal pheromone (pheromone has a chemical sexual dimorphism) with a deficiency of the paternal pheromone. Child molesters and child rapists (n=1) joyfully find relief from their sexual-thrill-seeking and return home to normal life.

PTSD (n=2) Long-suffering PTSD patients are relieved of all symptoms, but insidiously since there has been no lifting of mood reported.

Feelings of Jihad 1997, a companion to Khalid Sheikh Mohammed, lost interest in “the cause”.

Undiagnosed wasting in an elderly female — Strength recovered.
The pheromone consists of 735 chemicals which appear in the healthy adult male facial skin surface lipid liquid pheromone. Apparently methyl-ester volatiles mixed in with the pheromone are aversive, complicating pheromone therapy and must be diminished for success without social disruption. The chemical mixture has the characteristics of pheromones observed in other animals.

Our Investigational New Drug application to FDA 138202 for opioid addiction & ADHD was approved in March.