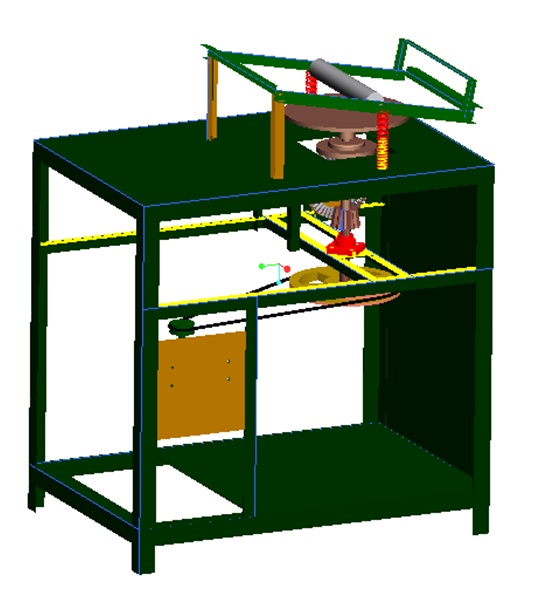 The working of the machine will start as hand lever is cranked to impart the motion to the bevel gear arrangement. The bevel gear arrangement tends to rotate the base plate which remains supported by a roller ball bearing. The hinged top plate is lowered during the operation and lifted above when the operation attains its completion. The dough ball which remains spherical in shape is placed in between the top plate and the base plate. The spherical ball tends to change its shape under the influence of pressure imparted from rolling pin. Soon after the operation the roti is removed out from the arrangement and a new dough ball is placed and the whole process is repeated to produce the required number of dough’s are rolled. The hand lever used for cranking can be replaced by electrical AC motor to reduce the human effort needed.