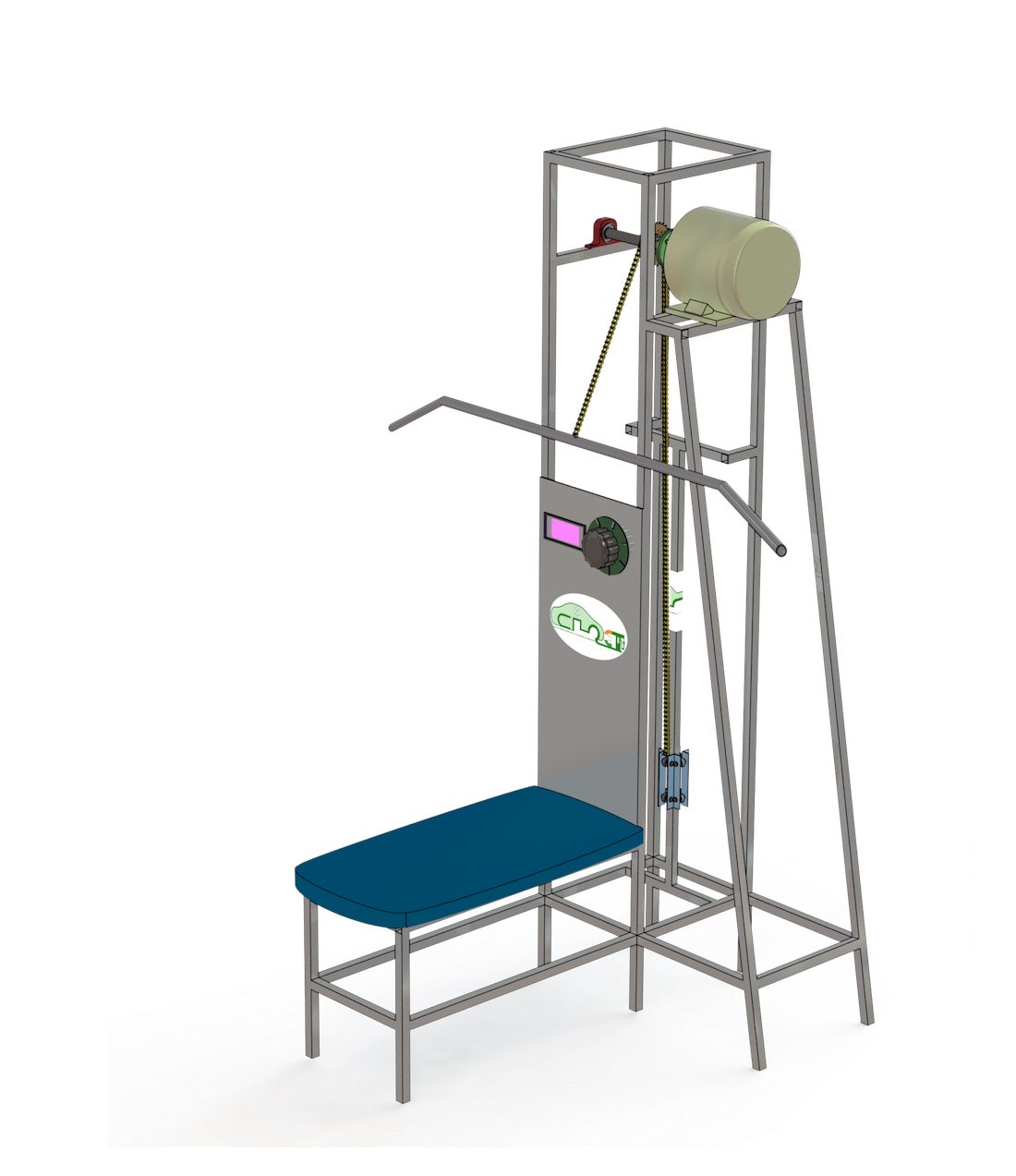 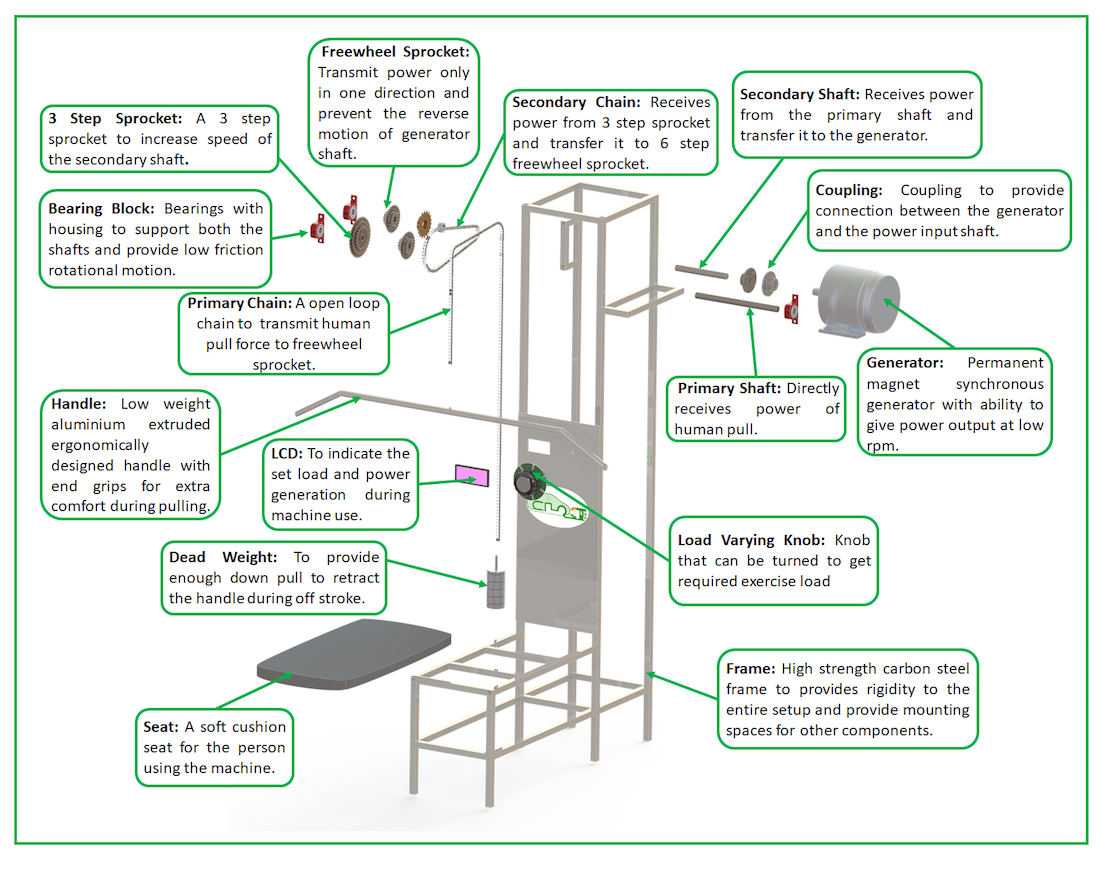 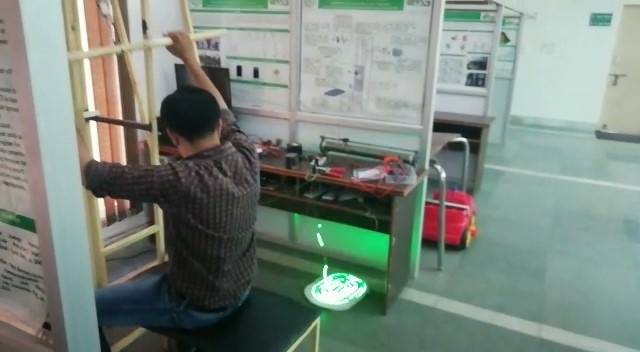 During exercise on any gym equipment, all the human power is lost into the environment. The Human to Nanogrid (H2N) model utilizes human muscle power to produce electricity and then transmit this power to energy storage systems like a battery or a bank of supercapacitors or a hybrid storage system. Further, when several of such machines are connected, the power can be input into the main electricity power grid for distribution. Human to Nanogrid machine uses a low rpm high torque permanent magnet dc generator which is considered as most effective for green power generation. The system also uses a single shaft direct drive to minimize the friction losses. The H2N machine eliminates the use of flywheel and utilizes supercapacitors to store fluctuating energy input and smoothen it on the output side for battery charging or supplying it to the grid. The system uses a variable load unit that changes the torque input to the generator this imitates as if actual mass load changed on the exercise machine.

Human power is not the most efficient source in terms of life cycle cost. In regions where electric power is either not available or not affordable, human power has promising applications. In all the attempts made at harnessing the human power up till now, only aerobic machines were utilized. In the ongoing work, a unique strategy has been patented to generate human power to provide emergency power supply. The object of this work is to develop cheap, compact, environment-friendly, state of the art and economically viable infrastructure of Human to Nanogrid (H2N) back up power system scheme.

The 21st century already witnessing the next great change in energy sources away from fossil sources and towards renewable energy sources which redirects us to new power generation and conservation techniques that can bridge the energy gap between powers researchers, scientists that are looking for alternate sources of energy. Our target not only offers a reliable source of electricity but also provide the co-benefits of a clean source of energy as compared to diesel generators, thus presenting a pollution-free option for the healthcare system. It also makes an economic case of their adoption, with the cost of human power-electricity being lower than that of a unit of electricity from diesel.