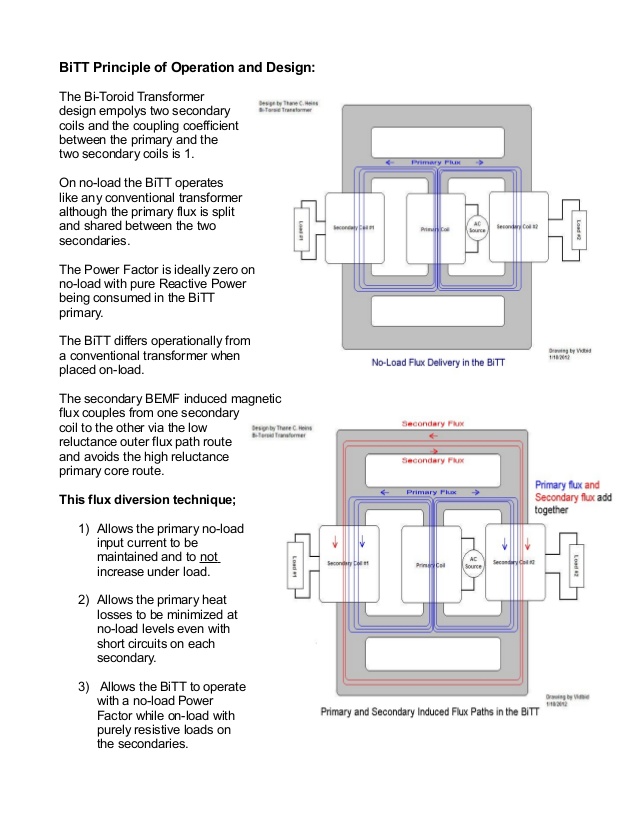 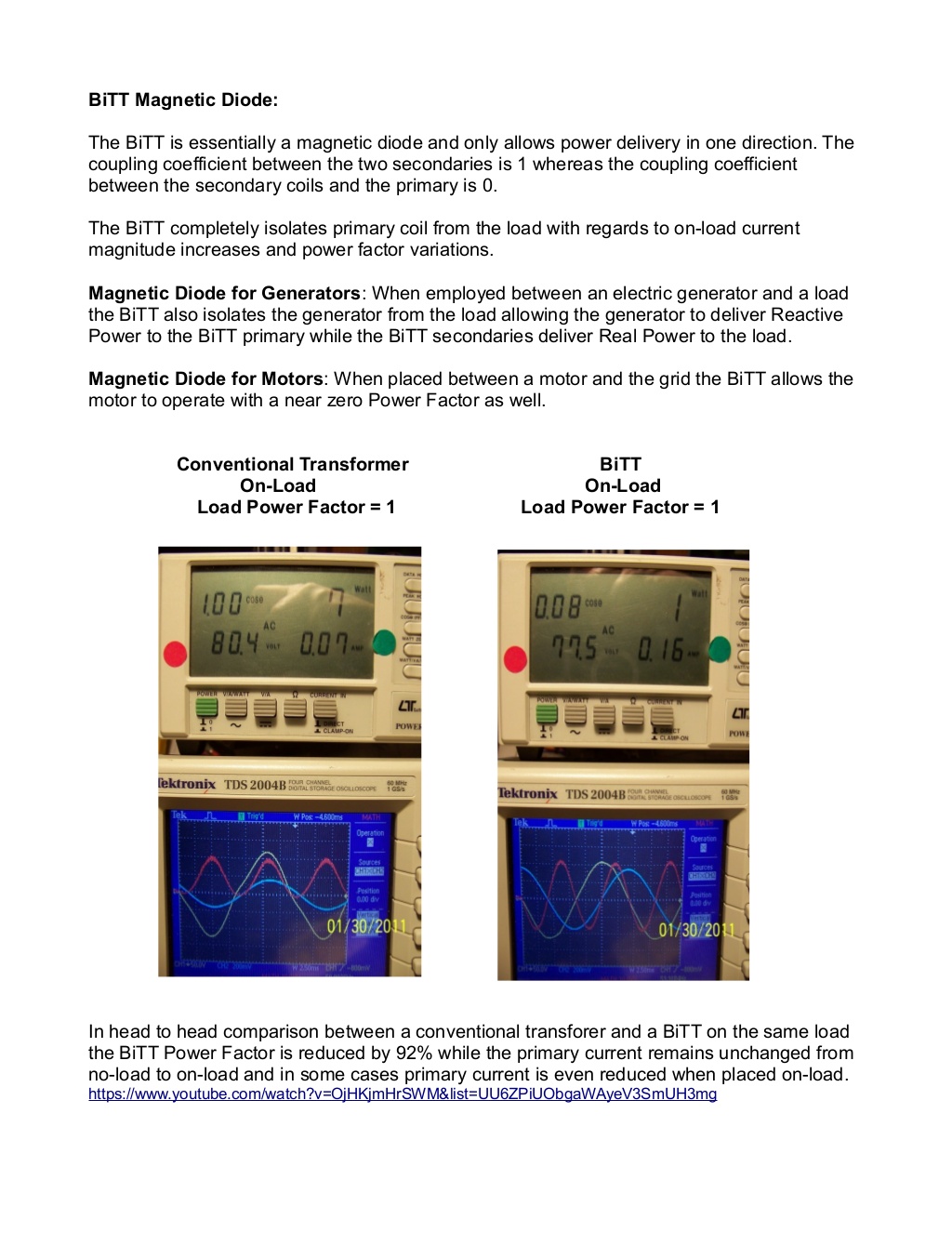 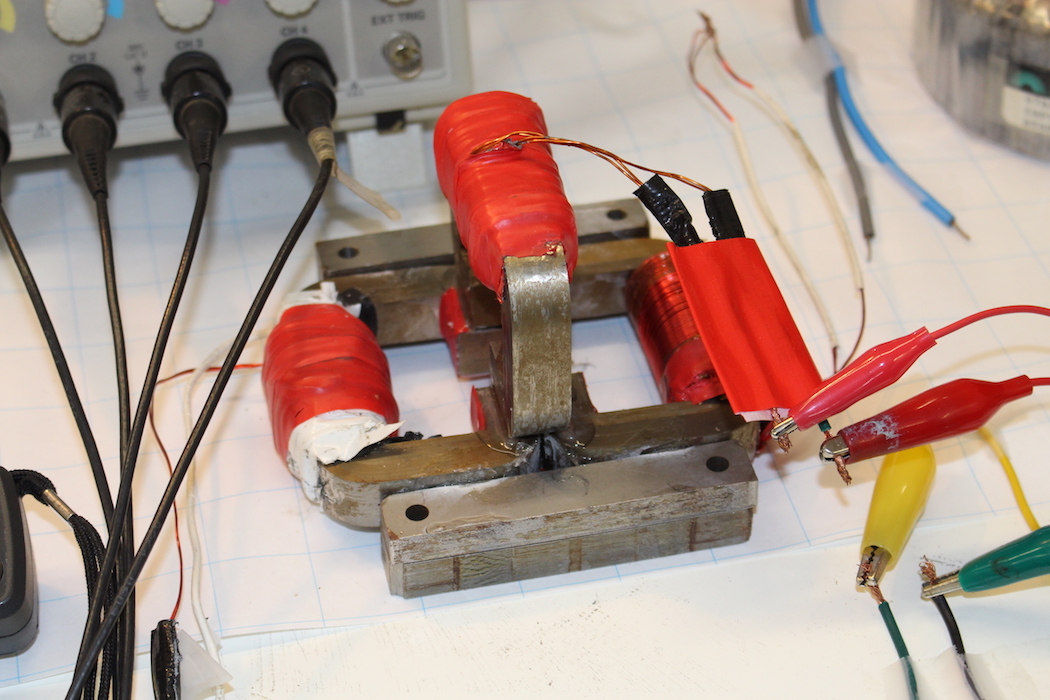 The Bi-Toroid (Load Isolation) Transformer is a new patented transformer design which is used to isolate electric generators from their loads.

The Bi-Toroid Transformer (BiTT) operates essentially as a magnetic diode and magnetically isolates the electric generator from the load and allows the generator to deliver power without requiring an increase in prime mover input (i.e. an on-load increase in drive shaft mechanical input power to the generator).

The Bi-Toroid Transformer allows the delivery of electric power in one direction only and eliminates Generator Armature Reaction from the generator's operation.

Generator Armature Reaction is a Counter-Electromagnetic-Torque which is produced by the magnetic fields which are created around the current bearing wires inside all conventional generators when they are placed on-load and deliver electric power.

80% of the cost of generating electricity is a direct result of Generator Armature Reaction as is 80% of waste and pollution produced.

As demonstrated in the video demonstration (below) at time 1.48, when the single coil generator delivers 13.5 Watts to the purely resistive load through the conventional toroid transformer the prime mover input consumption and cost increases by 16 Watts (as show on the Power Analyzer).

At time 0.59 when the generator delivers 11.4 Watts to the same purely resistive load through the Bi-Toroid Transformer the input power to the prime mover is reduced by 10 Watts.

The oscilloscope demonstrates the differences in the two transformer primary coils' Power Factor when the transformer secondaries are connected to a purely resistive load with a Power Factor of 1.

The Bi-Toroid Transformer on the other hand delivers Real Power to the load but the primary coil consumes almost pure Reactive Power.