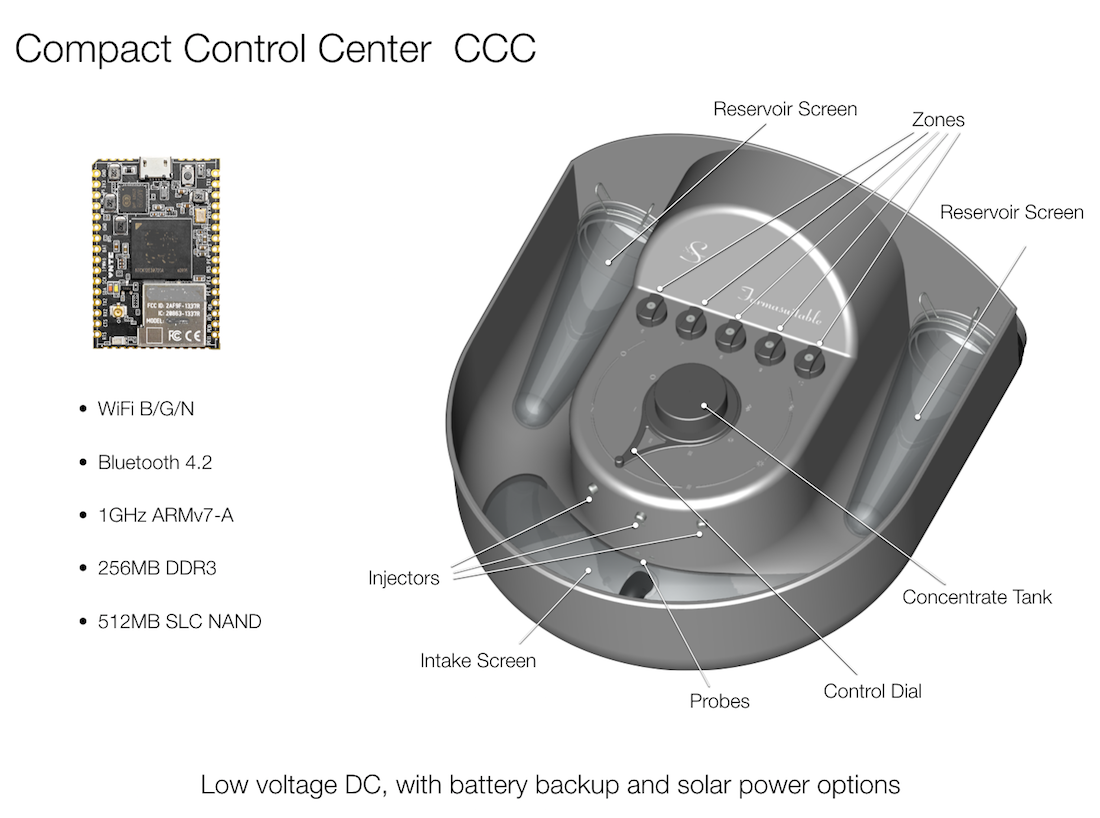 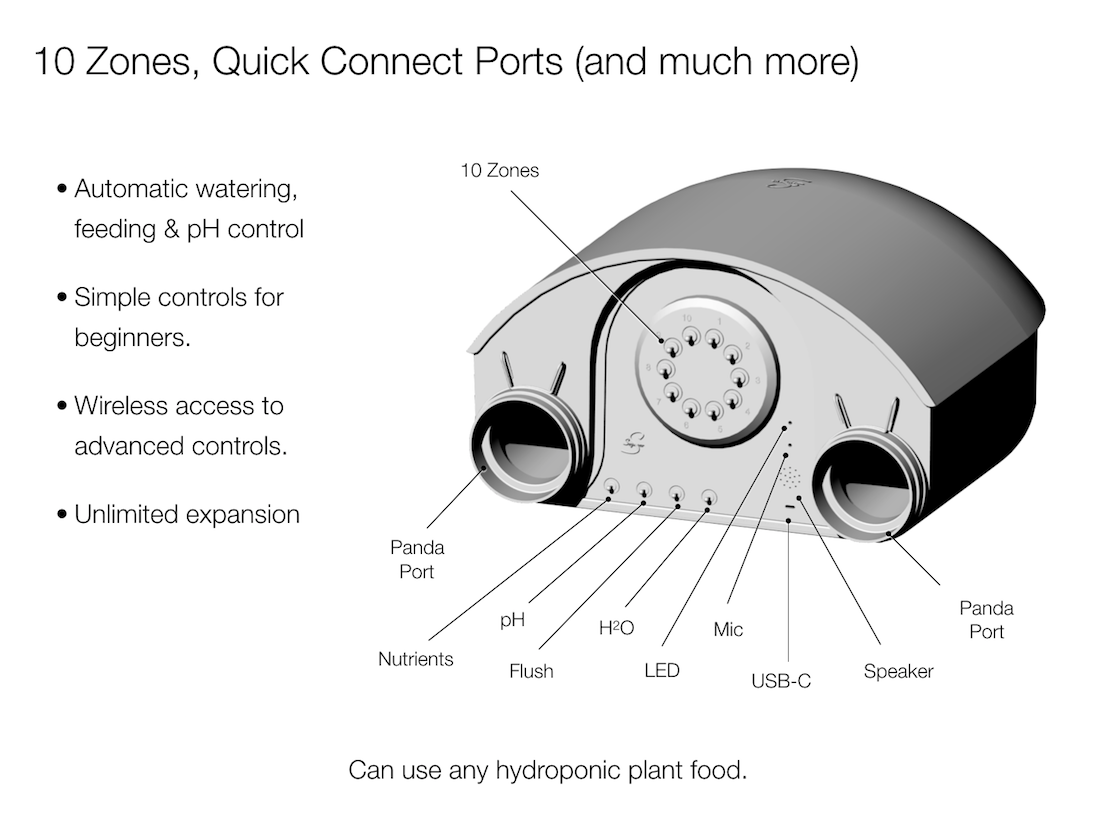 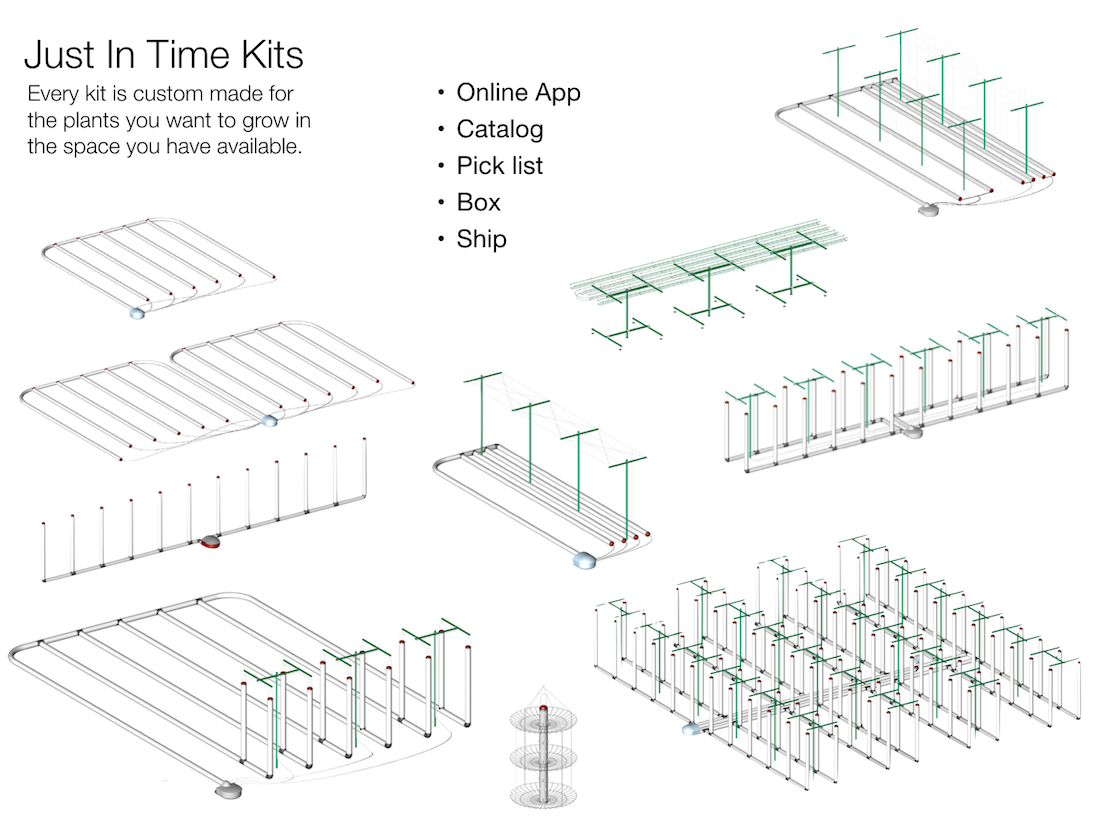 A universal hydroponic system has been an elusive dream since before Walt Disney had a vision for EPCOT in the 1950’s. Figuring out how to do it has been no small task. To quote Steve Jobs: “Simple can be harder than complex: You have to work hard to get your thinking clean to make it simple. But it’s worth it in the end because once you get there, you can move mountains.”

To help get our wits around this, let's divide the hydroponic industry into four areas.

Measured in number of acres under glass. Compare these to mainframe computers of the 70’s. Cost is very high, so their numbers are small. Limited crop selection, produce bred primarily for appearance, not flavor or nutrition, picked early to make it through long distribution channels, and doesn’t keep very long after the customer buys it.

Measured in thousands of square feet. Compare these to mini-computers of the 80’s. Improvements in technology lowered cost and their numbers were much higher. Key drivers include advances in LEDs and vertical grow systems that increase per square foot output dramatically. Located in or near cities, distance and time to market is not an issue, but limited crop selection is. Currently a lot of investment is pouring into this area. $200M to Plenty alone.

Thousands of retail stores cater to the hydro hobbyist. Compare this to the computer hobby field of the 1970’s. Systems are crude, require a lot of attention, and are too expensive for food production. Nevertheless, over the past few years Scotts Miracle-Gro alone has invested over $750M buying companies in this segment, and two months ago purchased the largest distributor in the segment for $450M.

Universal hydroponics could be compared to microcomputers. It will be used to grow food in backyards, on rooftops, in greenhouses, and in warehouses with LEDs, and they will scale from personal to commercial applications. They could be any size, could be located just about anywhere, and will be able to grow almost anything.

Hyperlocal food will be harvested and consumed at peak ripeness with minimal to zero transportation. Universal hydroponic systems will empower individuals from all walks of life to participate at a level that suits them, in a diversity of locations we can only speculate upon. Food will still be shipped long distances, but the most nutritious and best tasting will be hyperlocal.