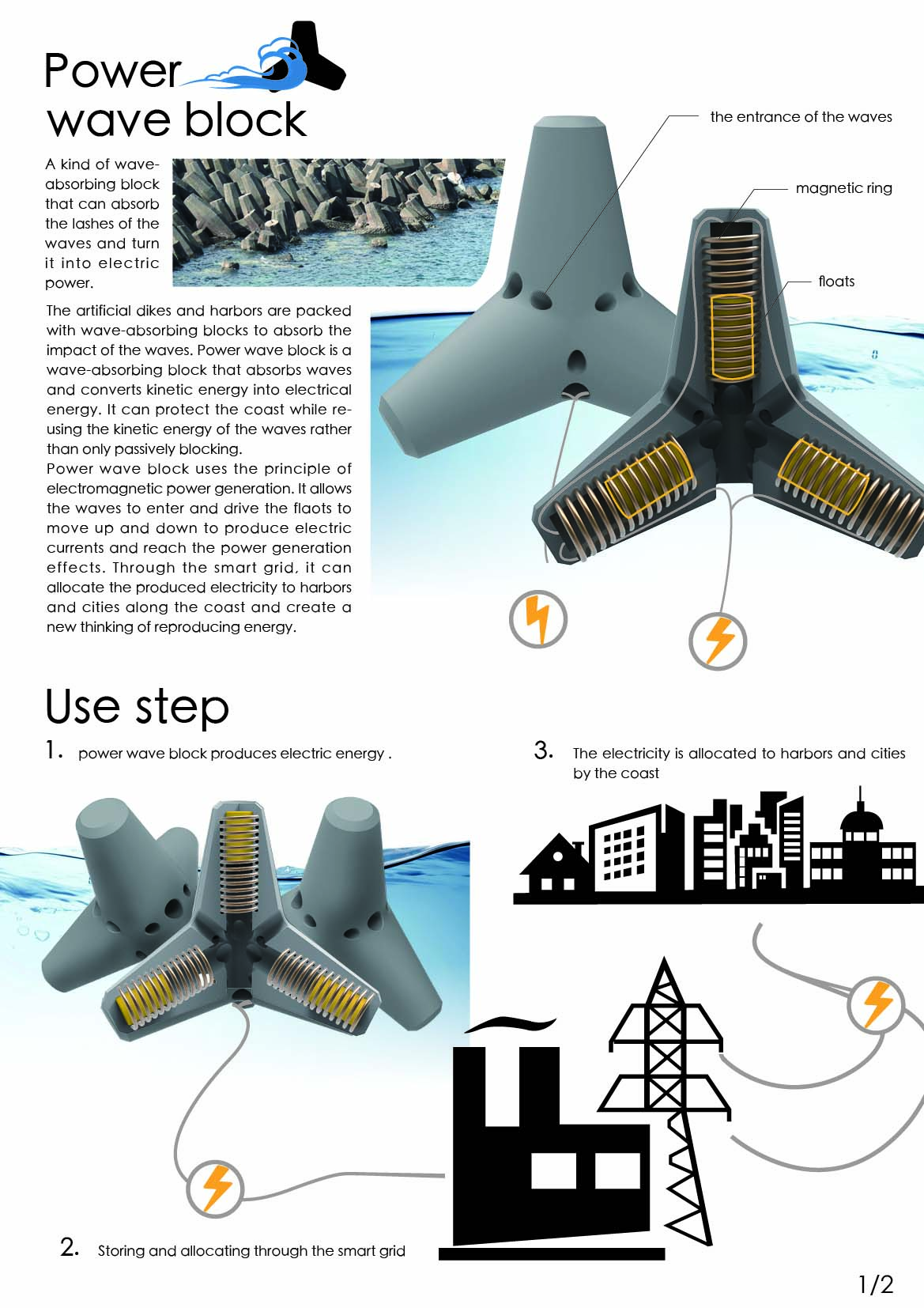 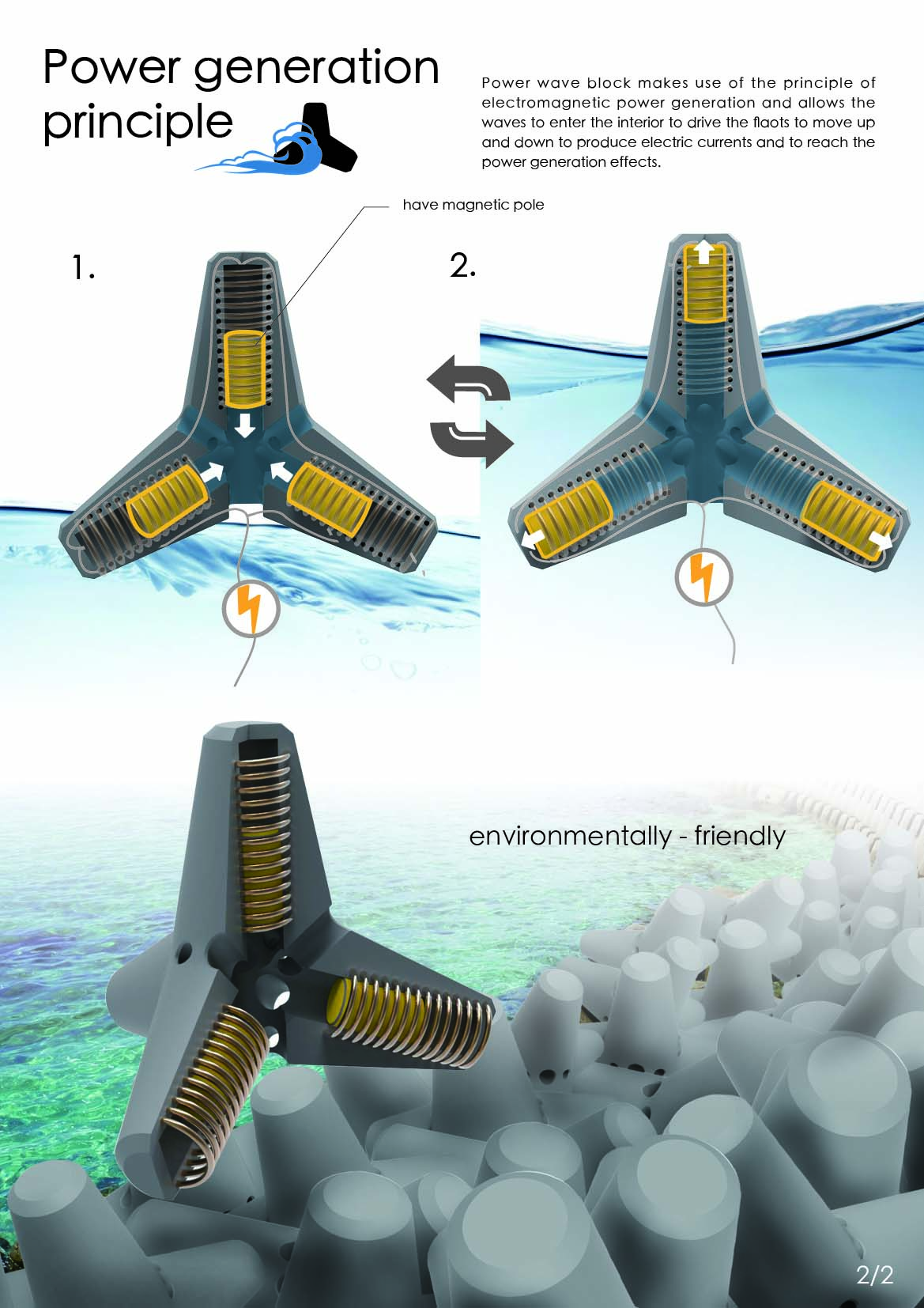 Power wave block uses the principle of electromagnetic power generation. It allows the waves to enter and drive the flaots to move up and down to produce electric currents and reach the power generation effects. Through the smart grid, it can allocate the produced electricity to harbors and cities along the coast and create a new thinking of reproducing energy.