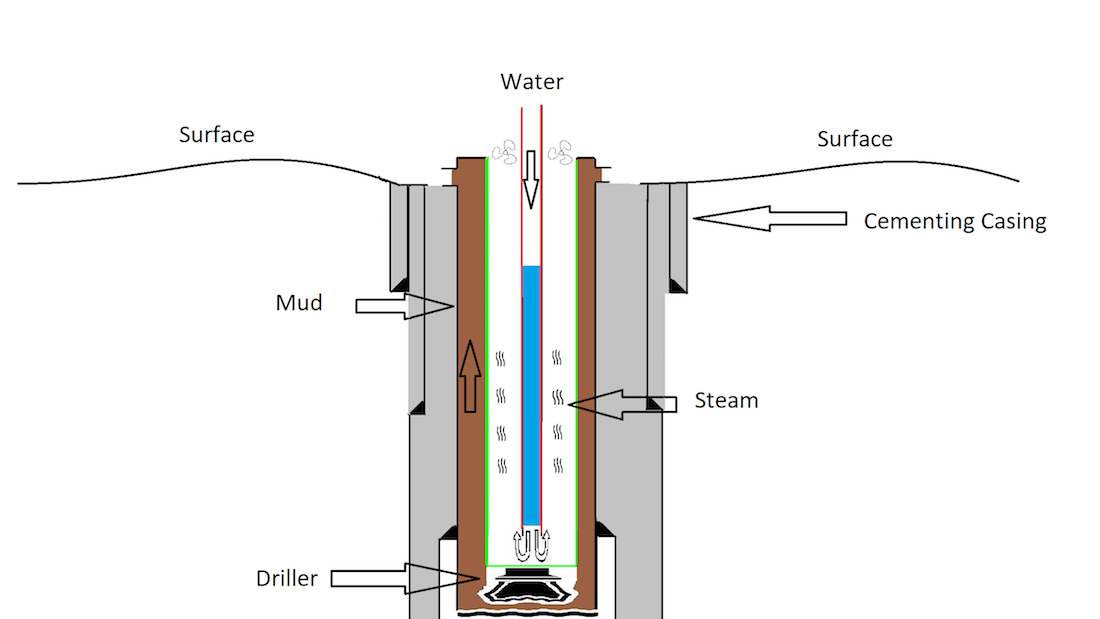 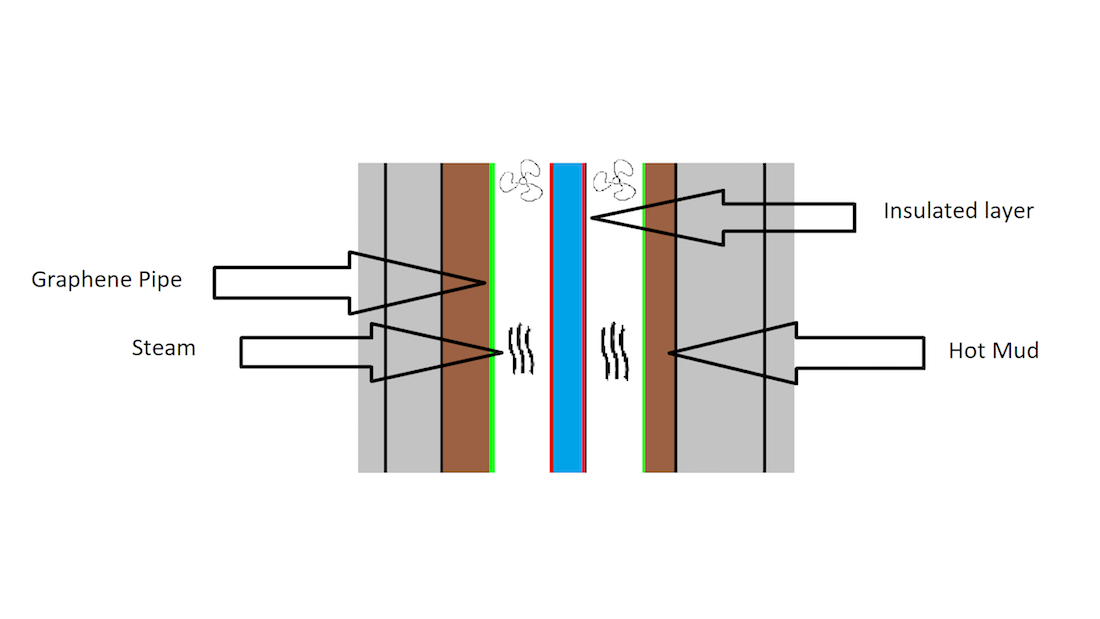 Sustainable energy is becoming an obsession to the world. Because of not only the fact that renewable energy would impact the economics but also a clean source of energy will save our environment. One reliable and limitless source is the sun and we were focusing on solar energy and how to improve the technology to get the most out of it. So what about having another reliable and clean source of energy?

Earth’s core temperature can reach up to 5430°C. Reaching deep down the core is going to be very hard, at least in the near future. However, we don’t need that much of heat to convert it into useful energy. According to a case study conducted by Drill Cool Systems, the temperature could reach up to 160°C at 3048m deep.

“This is called Geothermal Energy and has been used effectively already!!” you might be thinking. Geothermal Energy relies on extracting circulated water under the surface of the earth. Water will be found either as a steam or as high-temperature water, which then will be used to drive a turbine to generate power. According to Union Concerned Scientists organization, this condition can be found in less than 10% in earth’s land. So what about the dry areas which cover the rest and most of the earth?

Drilling operations have been improved and won’t be an issue thanks to oil and gas industry. The deepest hole digged is about 12,330m at an offshore well in Russia. After drilling to a point where temperature can sufficiently heat up the mud (medium fluid) which will be pumped up to the surface, water will be pumped down the annulus pipe and will be heated up in the sides of the pipe by the hot mud converting it into steam in which will be sucked up using fans. This steam will be used to drive a turbine and will power up a generator.

Now, transferring heat all the way up to the surface isn’t easy considering the heat losses along the pipe. Heat transfer can be done via conduction, convection or radiation. The best conductive material is copper. However, studies in 2004 have shown a much better conductive material which is Graphene. Graphene basically is a molecular layer of graphite and is 100 times stronger than steel with a tensile stiffness of 150,000,000psi!

Making Graphene is a very complex and expensive process (Chemical vapor deposition), subjecting Platinum and Nickel or Titanium Carbide to ethylene or benzene at high temperatures. A recent study from MIT has developed a continuous manufacturing process that produces long strips of high-quality Graphene. Making these Graphene strips into pipes will do the trick of transferring a sufficient amount of heat to the surface without significant losses.

Finally, this entry might sound far from being feasible or difficult to be accomplished, but isn’t this contest is all about FUTURE and opening new eras of thinking? *Drops mic*